Results of the application of an antiretroviral protocol to pregnant women with human immunodeficiency virus in a service of North Eastern Brazil: A step towards improving in palliative care

Background: This study sought to analyze ART protocols used in a cohort of HIV-positive pregnant women and exposed newborns followed at a university hospital in Northeast Brazil.

Methods: Retrospective cohort study of 153 pregnancies. Descriptive statistics were used to characterize the sociodemographic profile of mother- child pairs, prenatal care, use of ART, and delivery, and an analysis of antiretrovirals used and associated maternal and neonatal outcomes was conducted. The t-test was used to evaluate potential associations between categorical variables.

Results: The overall mother-to-child transmission rate was 3.9%. More than 50% had been diagnosed before pregnancy, 41% were on ART, and 70% had an undetectable viral load at 34 weeks pregnancy. The mean CD4 count was 440 cells/mL at baseline and 516 cells/mL after ART. Overall, 92% of women were on ART with protease inhibitors and 98% received intrapartum intravenous AZT. Prematurity, presence of neonatal morbidity, and failure to administer intrapartum AZT were associated with 84 increased risk of vertical transmission. There was a low incidence of side effects associated with ART during pregnancy; the most common was anemia, both maternal (58.4 %) and neonatal (21.6%).

Conclusion: In this sample, mother-to-child transmission was mainly associated with prematurity, neonatal morbidity, and failure to administer intrapartum intravenous AZT. These results may support interventions toward improving health quality in palliative care methodologies.

Otávio Soares de Pinho Neto has Graduated in Medicine from the Federal University of Paraíba (1985), Specialization in STD by the Brazilian Society of STD (2000), Master in Human Development from the Federal University of Paraíba (2006) and Doctorate in Tocogynecology from the State University of Campinas (UNICAMP-2014). He is a member of Iberoamerican Observatory of Health and Citizenship and member of the Editorial Committee of the Iberoamerican Journal of Health and Citizenship since 2013. He was an Invited Professor at Rey Juan Carlos University - Madrid and University of Porto - Portugal (2015). Medical Director Assistance at the Lauro Wanderley University Hospital / UFPB and eventual replacement of the Superintendent Director (2010-2013), Bayeux Municipality Doctor 1998-1999, Lucena Municipality Doctor 2008-2014, Santa Maria Maternity Doctor 1997-2013. 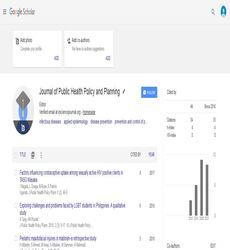