What you need to Know about Social Media and Mental Illness

Use of social media can cause poor sleep and impair mental health. Depression, anxiety, and low self-esteem are all linked to it.

In today's environment, many people use their smartphones as virtual companions. These devices leverage electronic social media networks to keep users up to date on their friends, favourite celebrities, and current happenings across the world. Many people's daily lives have grown increasingly entwined with social media.

Social media is, at its heart, a powerful communication tool that has altered how people engage with one another. It improves the speed with which individuals exchange information, thoughts, and ideas over virtual networks. However, there are certain disadvantages to using social media. Some research suggests that its usage, particularly overuse, can have a harmful impact on mental health in a variety of ways [1].

Why do social media have an impact on mental health?

Depression, anxiety, and feelings of isolation have all been linked to social media, especially among heavy users.

Teenagers may spend up to 9 hours per day online, according to a 2015 Common Sense poll. Many of these people are anxious that they are wasting too much time on social media sites. This outpouring of concern implies that social media may have an impact on its users' mental health.

Apart from disrupting sleep, social media can lead to mental health problems by exposing them to cyberbullying. Researchers discovered that approximately half of the people aged 10 to 18 have experienced cyberbullying in a 2020 survey of more than 6,000 people [2,3].

Many reports have linked the usage of social media with serious effects, prompting a lot of criticism. National surveys and population-based studies reveal that social media has a negative impact on people's mental health. Between 2009 and 2017, there was a 25% increase in suicide attempts among teenagers in the United States, according to survey statistics.

While social media may or may not have played a part in each of these incidents, the time span corresponds to the increasing use of these platforms. While social media use had a minor impact on boys' suicide risk, females who used social media for at least 2 hours per day from the age of 13 had a greater clinical risk of suicide as adults, according to the study [4].

Teenagers who use more than 3 hours a day on social media are more likely to develop mental health issues like depression, anxiety, hostility, and antisocial conduct.

Inadequacy can be triggered by social media. People may feel as though their lives or appearances do not measure up to those of others on social media, which can lead to emotions of envy and dissatisfaction.

Furthermore, social media can encourage cyberbullying and foster excessive self-centeredness as well as a sense of separation from friends and family.

Despite its flaws, social media is a powerful tool for linking people and communities all over the world. Many people benefit from social media-based networking among small groups of people. Young people who struggle with social skills and anxiety might use social media to express themselves and socialise. It can be especially beneficial for marginalised groups, such as LGBTQIA+ communities, because it allows people to meet and communicate with others who share their interests [5]. 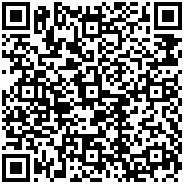