Since the number of people with Mild Cognitive Impairment, whose cognitive functioning can be expected to recover, is increasing every year, dementia prevention measures targeting such individuals are of high social significance. With regard to dementia prevention measures, participation in social, intellectual, and productive activities has been shown to be effective(1-3), and while such activities need to be provided, given that there is only a limited number of people who can provide these activities, we are faced with the challenge of increasing such individuals.

As such, last year, we held a course to train supporters to prevent dementia, and as an interim report, we announced a significant improvement in the evaluation of the participants' skills.Since then, the supporters have completed a year of training and have acquired even more skills to support the elderly.This article shows the contents of their activities and the results of their verification.

When the supporter activities were initially started, we interviewed the elderly citizens who lived alone and obtained from received the following comments: "There are days when I don't talk to anyone", "I rarely do physical activities", "I am anxious about dementia because of how monotonous life will be", "I don't have anyone nearby to rely on", and "I am anxious when I get sick or when dementia progresses".It was shown that there was such a common anxiety.

Results of the activities

With the support of the Dementia Prevention Support Network Association, we have started visiting the homes of elderly citizens for dementia prevention. The following is an interim report on the activities that are still in progress.

Training for supporters in dementia prevention significantly improved skills related to dementia prevention and also increased the ability to apply these skills in practice. The range of regional activities for supporters is expanding. The older adults who had difficulty going out were characterized by low activity and few opportunities for conversation. If elderly people who have difficulties going out are left in their current situation, their mental and physical abilities will decrease. Not talking to anyone all day is a big problem, and it has been confirmed that people who interact with others less than once per week have an about 1.4 times higher risk of getting dementia than people who interact with others every day(7). People who have only limited social interactions are more likely to die early(8,9), and have a low sense of purpose in life (10), high levels of anxiety (11), and a high risk of developing dementia (12). Efforts to address this issue are lagging, and the only current solution is to rely on the helpof volunteers.

In response to this problem, supporters can greatly increase the amount of communication of elderly people. Encouraging conversation and interaction improves health (13-15), affects the length of the remaining life span (16), and prevents depression(17).

Issues in the future

A series of activities were suspended in March 2020 to prevent COVID -19. At present, the number of people who can participate in this activity is limited to 30% and it has been resumed, but a new way of activity is being sought. 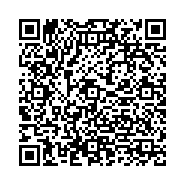