Background: Acute Kidney Injury (AKI) affects 30%-55% of asphyxiated neonates, with a 60%-66% mortality rate. Because novel biomarkers measured at the time of Intensive Care Unit (ICU) admission have been shown to predict short and long-term outcomes, the purpose of this study was to assess the role of urinary Neutrophil Gelatinase-Associated Lipocalin (NGAL) as an early biomarker for detecting Acute Kidney Injury (AKI) in neonates with perinatal asphyxia. Methods: This study included 91 full-term neonates (45 of whom were asphyxiated and 46 of whom were not). The asphyxiated group was subdivided further into AKI and non-AKI groups. UNGAL was measured 6 hours after birth, while CRP, creatinine, potassium, and blood urea nitrogen levels were measured 48 hours later. The biomarkers' diagnostic value was determined using Receiver Operating Characteristic (ROC) curves. Results: In terms of age and gender, there was no significant difference between the two groups (asphyxiated and non-asphyxiated). In contrast, there was a significant difference between the two groups in terms of the need for resuscitation, the need for oxygen support, the need for ventilation, the need for total parenteral nutrition, and the mode of delivery, with a P value of (<0.001, < 0.001, <0.001, <0.001 and 0.018 respectively). The results of laboratory tests (uNGAL, potassium, blood urea nitrogen, and creatinine) were significantly higher in the asphyxiated group than in the non-asphyxiated group, with a P value of (<0.001, 0.03, <0.001 and <0.001 respectively). The non-asphyxiated group had significantly higher Apgar scores at one and five minutes, urine output, albumin, and base excess than the asphyxiated group, with a P value of (<0.001, <0.001, <0.001 and 0.012 respectively). In the asphyxiated group with AKI, uNGAL showed a significant positive correlation with serum creatinine (P<0.001) and a significant negative correlation with (pH, base excess, and Apgar score at (1min-5 min) with P value (<0.001, 0.021, and <0.001 respectively). Conclusion: As a result, early detection of uNGAL as a novel and non-invasive biomarker can predict the occurrence of AKI in neonates with perinatal asphyxia, allowing for early intervention and the avoidance of complications.

Asphyxia is a major cause of Neonatal Intensive Care Unit (NICU) admission and the second leading cause of morbidity and mortality in term and preterm neonates. In poor countries, the prevalence of asphyxia ranges from 5 to 10 per 1000 live births [1]. The hypoxic ischemic phenomenon does not always occur after birth, accounting for only 10% of all cases. The majority of cases occur before birth (20%) and during delivery (33%), respectively [2].

Acute Kidney Injury (AKI) affects 30%-55% of asphyxiated neonates, with a 60%-66% mortality rate [3]. AKI has largely replaced Acute Renal Failure (ARF) because it better defines renal dysfunction as a continuum rather than a discrete finding of failed kidney function. AKI is defined as a sudden loss of kidney function that results in a decrease in Glomerular Filtration Rate (GFR), retention of urea and other nitrogenous waste products, and dysregulation of extracellular volume and electrolytes [4].

Diagnosis of AKI in neonates is difficult because most clinical and biochemical parameters are independent at this age [1]. Serial measurements of kidney function biomarkers such as serum creatinine are currently used to make the diagnosis in approximately 30% of critically ill neonates and children who suffer from AKI and its consequences [5,6]. Serum creatinine is frequently a delayed and imprecise test because it reflects GFR in individuals who are in a steady state with stable kidney function and does not accurately reflect GFR in a patient whose renal function is changing.

A neonate in the early stages of severe AKI with a markedly reduced GFR, for example, may have a relatively normal or slightly elevated creatinine because there hasn't been enough time for creatinine accumulation [7]. Novel AKI biomarkers have the potential to not only diagnose AKI earlier than changes in serum creatinine, but also to predict the development of AKI, distinguish the aetiology of the AKI, and predict the likelihood of adverse post-AKI short and long-term outcomes [8].

Neutrophophil Gelatinase-Associated Lipocalin (NGAL), Kidney Injury Molecule 1 (KIM-1), Interleukin 18 (IL-18), Liver-type Fatty Acid-Binding Protein (L-FABP), neutrophil Elastase-2 (Ela-2) and Cystatin C (Cys-C) are some of these biomarkers [9,10]. NGAL is a lipocalin family protein that is widely expressed and serves as a bacteriostatic agent in the innate immune response. Following renal injury, NGAL production is dramatically increased [11]. The purpose of this study was to determine the benefit of uNGAL in the early detection of AKI in neonates exposed to perinatal asphyxia. This study was expanded to assess the sensitivity and specificity of uNGAL cutoff values in the diagnosis of AKI in these neonates.

This comparative cross-sectional study included 91 full-term neonates admitted to the NICU of Ain Shams university’s pediatric hospital over a four-month period (March 2021-July 2021). According to the inclusion criteria, the neonates were divided into two groups: 45 neonates with a history of perinatal asphyxia (asphyxiated group) and 46 neonates (age and sex matched) admitted to the Neonatal Intensive Care Unit (NICU) for reasons other than asphyxia (non-asphyxiated group). The asphyxiated cases included in this study were chosen in accordance with the Chinese medical association perinatal medicine branch. Three or more of the following symptoms indicate perinatal asphyxia: (a) The pH<7.0 in umbilical artery, (b) Apgar score <6 at 5 minute, (c) meconium stained liquor and (d) changes in fetal heart rate [1].

Methods: All neonates who took part in the study had a complete history taken from their parents, including antenatal, maternal, obstetric, and postnatal history. A thorough clinical examination of the neonates was performed in order to determine system failure, with special emphasis on neurological and urological estimation. All neonates had their Urine Output (UOP) measured every 24 hours using a plastic collection bag. Each neonate had a venous blood sample of 3 ml drawn using sterile equipment. An aliquot (1 ml) was collected in tubes containing EDTA as an anticoagulant, while the remaining 2 ml was collected in two tubes without anticoagulant to separate sera using cooling centrifugation at 1800 xg for 10 min at 4°C and the aliquots of serum samples were stored at -20°C till the time of analysis.

Ethical approval: This study was approved by medical research ethical committee of the national research centre, Egypt. A written informed consent for all participants was collected from their parents after explaining the purpose and methodology of the study.

The collected data was revised, coded, tabulated and introduced to a PC using Statistical Package for Social Science (SPSS 20 for windows). Data cleaning and checking for quality of data and data entry was performed. Data was presented and suitable analysis was done according to the type of data obtained for each parameter.

Descriptive statistics include mean, Standard Deviation (SD), and frequency and percentage for parametric numerical data, as well as frequency and percentage for qualitative data. Analytic statistics, on the other hand, include the student t-test, which was used to determine the statistical significance of the difference between two study group means, and the chi-square test, which was used to investigate the relationship between two qualitative variables. When the expected count is less than 5 in more than 20% of cells, Fisher's exact test was used to investigate the relationship between two qualitative variables. Pearson correlation was used to determine the strength of relationship between two quantitative variables. The ROC curve and area under the curve were calculated to test the value of NGAL and creatinine in the diagnosis of AKI in asphyxiated neonates. Accordingly coordinates of the curve were done to determine the cut off values with sensitivity and specificity.

Table 2. Comparison between the asphyxiated and non-asphyxiated neonates regarding the laboratory investigations. *: p<0.05 significant.

Table 5. Spearman correlations of NGAL with other laboratory and clinical data in asphyxiated neonates with AKI. *: Significant correlation at p<0.05. 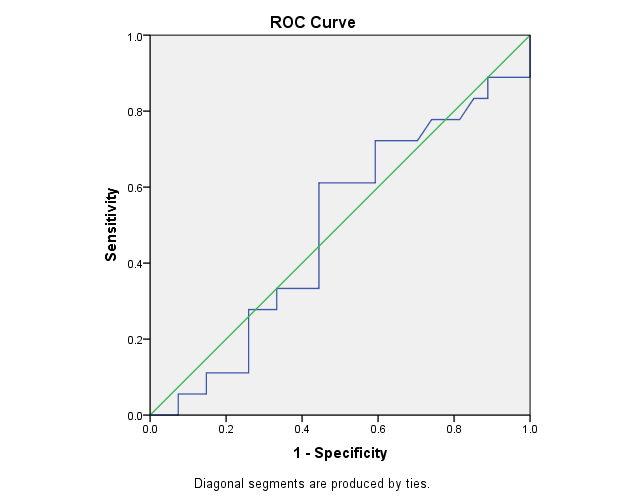 Figure 1:ROC curve analysis for using NGAL in detection of AKI in neonates with asphyxia. 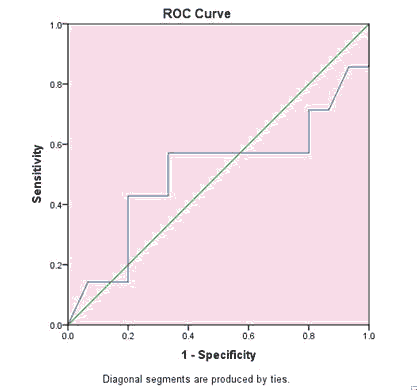 Figure 2: ROC curve analysis for using creatinine in detection of AKI in neonates with asphyxia.

Table 7. ROC curve analysis for using creatinine in detection of AKI in neonates with asphyxia.

Asphyxia is a leading cause of NICU admission, and acute kidney injury affects 30%-55% of asphyxiated neonates, with a mortality rate of 60%-66% [3]. Novel biomarkers detected during Intensive Care Unit (ICU) admission have been shown to predict both short and long-term outcomes [13,14]. In this study, we looked at a novel biomarker; uNGAL in the urine in addition to routine laboratory tests to predict the development of AKI in neonates with perinatal asphyxia and to anticipate early intervention for these high-risk patients.

There was no significant difference in gestational age, sex, or birth weight between the asphyxiated and non-asphyxiated groups of neonates in our study. This is consistent with the findings of a study conducted by Zhang et al. [1]. However, Gopal et al. [15] study found that the majority of asphyxiated neonates were males. 62.2% of asphyxiated group mothers had a history of multiple pregnancies, and 82.6% had antenatal maternal disease. These findings are consistent with those of Liborio et al. who found that 27 of 46 neonates with AKI (58.7%) had multiparous mothers, with 31 (67.3%) of those mothers receiving regular antenatal care due to an antenatal disease [16].

Because of the pulmonary effects of hypoxia, such as pulmonary hypertension, pulmonary haemorrhage, and pulmonary edoema caused by heart failure or the inability of the lungs to produce surfactant, either non-invasive or invasive oxygen support is required to moderate both oxygen and carbon dioxide levels. Also, hypoxia damages the gut wall, making it impossible to introduce enteral feeding, so TPN is usually initiated [18].

This finding is consistent with that of Sarafidis et al. who discovered that serum and urinary levels of NGAL were significantly higher in asphyxiated neonates on days 1, 3 and 10 of life compared to controls regardless of serum creatinine elevation [20]. This reflects NGAL's role as an AKI diagnostic marker. Also, our findings are consistent with those of Askenazi et al. who found an increase in serum creatinine, blood urea nitrogen, and uNGAL in 110 asphyxiated neonates when compared to controls, with significant p values of 0.05, 0.01 and <0.001, respectively [21].

In perinatal asphyxia, disturbed acid-base balance (metabolic acidosis) is a common finding [22]. A pH of <7 indicates a 50% chance of an abnormal outcome, including neonatal sepsis, hypoalbuminemia, and neurological sequences. This is consistent with our findings, in which the non-asphyxiated group had significantly higher levels of albumin, umbilical artery pH, and base excess than the asphyxiated group, with p values of (<0.001, <0.001, and 0.012, respectively).

Serum creatinine is a marker of kidney function rather than kidney damage. After a 50% reduction in GFR, a 48-72 hrs delay in its rise was observed. As a result, urinary NGAL levels are a novel biomarker for predicting the occurrence of AKI [25]. In our study of asphyxiated neonates with AKI, uNGAL was found to be positively correlated with serum creatinine, with a significant p value of <0.001.

In the current study, 40% of asphyxiated neonates had AKI, and their uNGAL was significantly higher than in the asphyxiated neonates who did not have AKI. uNGAL also had a positive correlation with serum creatinine but a negative correlation with pH, base excess, and Apgar score. As a result, early detection of uNGAL as a novel, non-invasive biomarker aids in the prediction of AKI in neonates with perinatal asphyxia, allowing for early intervention and prevention of complications, as well as a reduction in neonatal mortality.

Authors are thankful to the National Research Centre and the Pediatric Hospital, Ain Shams University for their full support to carry out this study.

All authors declared that they have no conflict of interest.