Department of Comparative Medicine and Evidence Based Medicine, University of South Carolina, USA

Malnutrition affects critical development outcomes such as poor physical and mental development in children, illness vulnerability or exacerbation, mental retardation, blindness, and general losses in productivity and potential as a result of micronutrient deficiencies. Micronutrient deficiency, unlike energy-protein malnutrition, has less obvious health consequences; as a result, it is frequently referred to as "hidden hunger" (the two terms can be used interchangeably). Micronutrient deficiency affects more than two billion people worldwide, according to the World Health Organization (WHO) [1].

Micronutrient deficiency can affect anyone, but pregnant women and children are at the most risk of acquiring deficiencies. This is due to a combination of reduced dietary consumption and increased physiological demands; pregnancy and childhood growth frequently boost demand for specific vitamins and minerals.

Pregnant women's nutritional status is important not only for their personal health, but also for the growth of their unborn children. Micronutrient deficits in pregnant women and young children must be monitored and addressed in order for a population's development and health to be optimal. For these specific populations, data on deficiency prevalence, repercussions, and intervention options are collected the most regularly. As a result, much of the following content focuses on (but is not limited to) malnutrition among pregnant women and children under the age of five years old [2].

Anemia (Iron or Vitamin B12 Deficiency)

Anemia is a disorder in which a person's blood lacks enough red blood cells (RBCs) to adequately transport oxygen throughout the body. Anemia can be caused by a deficit in iron or vitamin B12, with iron deficiency being the most frequent. Anemia affects more individuals than any other health concern on a global scale. Individuals' labour capacity might be reduced by up to 20% due to anaemia, which has serious consequences for overall productivity and development. Anemia can exacerbate sickness and illness in the most serious situations. According to the World Health Organization, anaemia is responsible for 20% of all maternal fatalities.

The prevalence of anaemia in pregnant women is depicted in the graph. An estimated 40% of pregnant women worldwide are anaemic. Anemia is more common among pregnant women in higher-income countries, with the highest rates in North America and Europe and Central Asia. South Asia and Sub-Saharan Africa have exceptionally high rates, with some nations reaching over 60% [3].

Vitamin A deficiency (VAD) is the most common cause of preventable blindness in children, appearing first as night blindness and then progressing to irreversible blindness in more severe cases. VAD also has the effect of exacerbating major disease and illness, resulting in higher maternal and infant death rates.

Vitamin A insufficiency can cause vision impairment or blindness in some people. This is restricted to night blindness in mild situations; however, in extreme cases, it can become permanent.

In most nations, night blindness is less than 5% of the population. Several countries in Sub-Saharan Africa and South Asia, however, have higher rates, ranging from 5 to 20%. Ethiopia has the highest known rate of night blindness, with nearly onein- five pregnant women suffering from the condition.

Zinc insufficiency is quite widespread over the world, especially in low-income nations where cereals predominate and protein levels are often low. Men, women, and children can all suffer from zinc insufficiency (as opposed to anemia, which is much more common in women).

High incidence of zinc deficiency is linked to increased morbidity and death in mothers and new-borns[4].

Prevention and Treatment of Micronutrient Deficiency

There are three main supplementary techniques that can be utilised to correct deficiencies if micronutrient requirements cannot be fulfilled solely through food consumption (for example, if households do not have access to or cannot afford the dietary diversity required to achieve micronutrient requirements). Supplementation, food fortification, and bio fortification are the three possibilities.

Vitamin A insufficiency is most common in children under the age of five, as mentioned before in this page. Many countries try to address this problem by giving vitamin A supplements to children several times a year in the form of high-dose pills.

The coverage rate of vitamin-A supplementation in children aged 6 to 59 months is depicted on the map. If a youngster takes at least two high-dose capsules each year, this is considered sufficient. In 2014, we can observe that supplementation coverage is very high in several countries in Sub-Saharan Africa and South Asia–in many cases, better than 90%.

Although some countries still have relatively low coverage rates, there has been significant development in recent decades[5]. 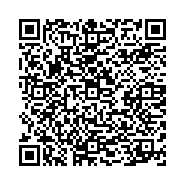