Preterm delivery problems and infections were found to be the two main causes of neonatal fatalities in India, according to a thorough examination of international, regional, and national causes of infant mortality. Perinatal asphyxia and abnormalities were discovered to be the other two important causes of neonatal mortality in the review, which also used data from the Million Death Study from India. These results closely match the general global pattern. A major public health issue worldwide is neonatal mortality, especially in developing and middle-income nations. Although significant success has been made in lowering newborn mortality over the past three decades, additional measures are still required to make progress even faster in order to meet the 2030 SDG target. Although neonatal mortality is on the decline globally, the rate of decline is much slower than that of the post-neonatal under-five mortalities [1]. Despite all the advancements over the past ten years, it is highly doubtful that many LMICs, where 99% of all fatalities worldwide occur, can reach the MDG targets. Various treatments could significantly lower deaths and enhance maternal and perinatal outcomes in nations with high rates of neonatal and infant mortality. Reductions in newborn and later mortality can be facilitated by interventions and care that are predominantly used at various stages, from the antenatal to the later childhood era. The fact that most neonatal and child health initiatives don't reach the people who need them the most is a significant barrier to achieving the proposed reduction, though. Therefore, it is essential that everyone get effective interventions and care-based techniques that are provided along the entire continuum of reproductive, maternal, neonatal, and child health care [2].

As the deadline for the MDG objective draws near and we start the process of reaching the Sustainable Development Goals (SDGs), we must concentrate our efforts on initiatives and programmes that have been proven to be effective. There hasn't been an overview of these therapies, despite several systematic evaluations evaluating the role of specific prenatal, natal, postnatal, and child health interventions and their potential to reduce morbidity and mortality. The creation of a comprehensive framework for preventing newborn and child mortality in LMICs would be made easier with the use of such an overview of systematic reviews of interventions to prevent neonatal and child mortality [3].

A relatively big portion of the population in India is defined by disparities with corresponding underlying axes of caste, class, gender, and regional differences. The poorest and most disadvantaged people have a higher risk of developing diseases, according to a High-Level Expert Group that the Indian Planning Commission formed. This comprises historically marginalised and excluded groups like the adivasis, or STs, dalits, or SCs, as well as ethnic and religious minorities, women, children, and the destitute in both urban and rural areas. Additionally, they are more likely to be denied access to medical care. These populations' newborns are anticipated to be the most susceptible to illness and mortality [4].

Inequitable health outcomes are mostly a result of the variation in health service coverage. Women from some population groups continue to be systematically and persistently disadvantaged in terms of access to and use of maternal and reproductive health services, including safe delivery and antenatal care services, according to a recent systematic review on inequity in maternal health in India. The disadvantages for vulnerable populations inside high-performing states rise when programme initiatives are centred on average performance results of states rather than on underprivileged groups. Additionally, there are significant obstacles to equitable access to free or affordable health services, including inadequate funding, poor infrastructure and staffing at healthcare facilities, and poor governance, which frequently forces low-income households to incur significant out-of-pocket medical expenses. Which is often of poor quality? After the implementation of NRHM, India's newborn health has significantly improved. In addition to the JSY, the nation has started a number of new programmes to enhance newborn care. Despite this renewed interest in newborn health, the annual rate of decline in NMR and ENMR remains lower than that of IMR and U5MR. The inequities and the significant burden of newborn death are caused by the interaction of several demographic, educational, socioeconomic, biological, and care-seeking factors. The nation urgently needs to broaden the scope of critical interventions and raise the standard of care provided in medical facilities [5]. 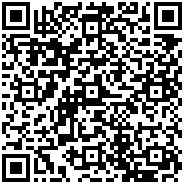