The production of low-molecular weight polyisobutene.

A model for a cycle that can, on a fundamental level, be improved by the utilization of an impetus is the blend of poly (2-methyl-propene)s ("polyisobutenes"), which are significant for various modern applications. Every year a few 100,000 t are created. The creation of low-atomic weight polyisobutenes through cationic inception by an abundance of Lewis acids is grounded. Ordinarily, these initiators require the use of solvents like chloroform, dichloromethane and ethylene and temperatures far under 0°C (-100°C on account of ethylene as dissolvable). Dissolvable settled change metal edifices with pitifully planning counter anions beat these downsides and subsequently are more effective, yet in addition all the more ecologically kindhearted: they can be applied at encompassing temperature and in non-chlorinated solvents at low fixations.

The advancement came a couple of years after the fact with an interaction that actually runs practically unaltered since it was first popularized in 1938 by IG Farben in Ludwigshafen, Germany. Up until this point, undertakings everywhere on the world predominantly produce polyisobutenes through inception by protonic and Lewis acids, for example, AlCl3, BCl3 and BF3 and a proton source, for example hints of pollutions like water, hydrochlorides or hydrofluorides as co-initiator. Common solvents are methyl chloride, dichloromethane and ethylene. As the response is somewhat exothermic and the solvents have low edges of boiling over (ethylene: bp = -103.7°C), temperatures of -10°C or underneath (-100°C on account of ethylene) are needed to monitor the response and to conform to the ideal sub-atomic masses (as per the Arrhenius (condition 1), the sub- atomic weight increments with diminishing polymerization temperature).

Nitrile stabilized transition metal complexes bearing weakly coordinating counter anions are more efficient and environmentally benign starting materials for the polymerization of isobutylene than the cationic initiators currently applied in industry. Since heterogenization of the complexes would enhance the separability of the complexes and the polymers (metal-free product) and thus opens the possibility of recycling the complexes, additional work has to be done for improving the immobilization of the homo-complexes. Attaining this and other goals may help to design further, even more (energy) efficient and environmentally benign complexes for the polymerization of isobutene and related industrially relevant reactions. 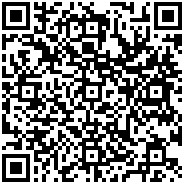