The heat treatment based soft technology for synthesis of hopcalite/hausmannite nanocomposite.

Nano composite of hopcalite/hausmannite was prepared by ceramic method. X-ray diffraction (XRD) technique was used to identify on crystalline phases. The solid state reaction between CuO and Mn2O3 at 1000oC for 4 hours resulted in formation of cubic spinel CuMn2O4 solid with subsequent phase transformation of Mn2O3 to Mn3O4. The morphological and textural characteristics of the as synthesized solid calcined at 1000oC were determined. These results confirm the soft technology of heat treatment in obtaining new composites.

The heat treatment of copper-manganese oxides led to formation of hopcalites as new and promising materials for different applications [3]. These materials were used during World War I as effective oxidizers for CO above 200ºC [7]. Generally, hopcalites have been known to be effective ambient temperature catalysts for the oxidation of carbon monoxide, ozone, nitrogen oxides and volatile organic compounds for almost hundred years by now [8,9]. Indeed, the catalytic activity of hopcalite based materials depends upon the flexible valence in Cu1+/2+ and Mn3+/4+. However, hopcalites had aroused widespread attention in the field of solar energy conversion because of their potentially favorable optical properties, negative temperature coefficient (NTC) resistance and thermal stability [10,11].

However, hopcalite materials have applications in modern microelectronics such as temperature and heating sensors, fire detectors, power-sensing terminations, temperaturecompensating attenuators etc. [12,13]. Due to the importance of the materials based on manganese, we had different studies to reach the composition of the manganites in general and the hopcalites in particular [3]. In this paper, we will address the preparation of hopcalites from the study of the effect of heat treatment on solid-solid interaction between copper and manganese oxides.

Equimolar ratio of CuO and Mn2O3 was prepared by impregnating a known weight of finely powdered manganese carbonate with calculated amount of copper chloride dissolved in the least amount of distilled water enough to make a paste. This paste was dried at 100°C until constant weight and was then subjected to heat treatment in air at 400, 600 and 1000°C for 4 hours. The chemicals employed were of analytical grade and supplied by BDH Company. A general flowchart of the synthesis process is shown in Figure 1. 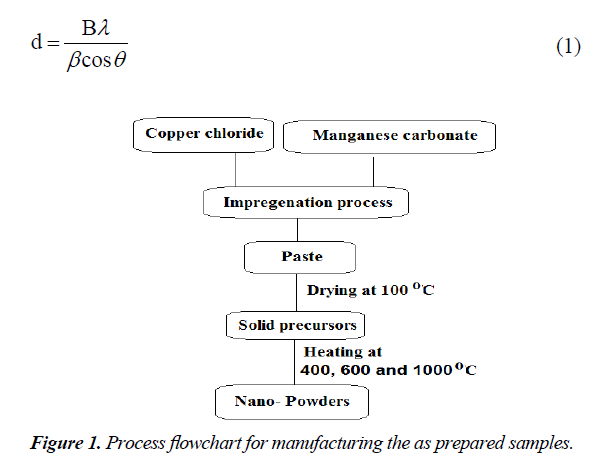 Figure 1: Process flowchart for manufacturing the as prepared samples.

An X-ray measurement of various mixed solids was carried out using a BRUKER D8 advance diffractometer (Germany). The patterns were run with Cu Kα radiation at 40 kV and 40 mA with scanning speed in 2θ of 2°min-1.

The crystallite size of single and mixed oxides present in the investigated solids was based on X-ray diffraction line broadening and calculated by using Scherrer equation [14].

Scanning electron microscopy (SEM) was recorded on SEMJEOL JAX-840A electron microanalyzer (Japan). The samples were dispersed in ethanol and then treated ultrasonically in order disperse individual particles over a gold grids.

The textural properties, namely specific surface are, SBET: total pore volume, Vp and mean pore radius, ȓ of mixed solids calcined at 1000°C was determined from N2- adsorption isotherms at -196°C using a Quantachrome NOVA automated gas sorption system. Before carrying out the measurements, each sample was degassed under a reduced pressure of 1.33 mPa at 150°C for 2 hours.

Figure 2: XRD pattern for the as prepared sample calcined at different temperatures.

Figure 2 indicates to the effects of heat treatment on the crystallinity, crystallite size and phase transformation of mixture containing copper and manganese oxides. Inspection of Figure 2 revealed that: (i) the heat treatment of copper-manganese mixed solid at 400°C for 4 hours resulted in formation composite containing CuO and MnO2 with crystallite sizes of 38 and 36 nm, respectively. This indicates that this temperature is not sufficient to achieve the reaction between Cu and Mn oxides yielding new compound. (ii) The increase in the heat treatment up to 600°C for 4hours led to formation of mixture of CuO and Mn2O3 crystallites with subsequent increase in the crystallite size of CuO up to 48 nm. In other words, the increase in the calcination temperature from 400 to 600°C for 4 hours brought about grain growth in the crystallite of CuO and phase transformation for MnO2 to Mn2O3 without formation of any new compound. The author suggested that the increase in the height of peaks related to CuO can be indicator for the grain growth and elevated crystallinity of its particles. (iii) The calcination of the as synthesized sample at 1000°C for 4 h led to formation of both cubic spinel CuMn2O4 and Mn3O4 phases. Indeed, the spinel compounds are of great economic importance because of their widespread industrial and environmental applications [15].

Finally, the soft technology for heat treatment of Cu-Mn-O at 1000°C led to formation of new compound (CuMn2O4 and Mn3O4) with spinel structure [15]. The proposed mechanism of formation of CuMn2O4 is according to the following stoichiometric reaction:

The suggested mechanism of formation of Mn3O4, is according to the following non- stoichiometric reaction [15]:

Here is question, Is the presence of Mn3O4 due to high temperature or for another reason? The author believes that in addition to the thermal effect, there is another reason depending upon the dissolution of copper oxide in manganese oxide and/ or CuMn2O4, which may lead to increase the formation of Mn3O4. This finding is based on the lack of copper oxide at high temperatures (1000°C). Several authors reported that Cu+ can be formed during the sintering process of Cu- containing spinel materials [16-18]. However, any oxidation of Cu+ to Cu2+ on cooling in air does not cause an incorporation of the residual CuO into the spinel phase. The residual copper oxide can be present as the amorphous phase and/or dissolve in the crystal lattice of CuMn2O4 and Mn3O4. In addition the ionic radius for copper oxide is similar or smaller than that of manganese oxide leading to probability of incorporation of copper ions in the crystal lattice of manganese compounds [19]. Consequently, the author suggests that the most amount of the residual copper oxide is dissolved in the crystal lattice of Mn3O4 favoring its crystallinity.

The particles of Cu-Mn mixed oxides calcined at 400, 600 and 1000°C were agglomerates with crystallite size smaller than 100 nm in diameter. Figure 3 displays SEM micrograph for Cu-Mn mixed oxides calcined at 1000°C. Figure 3 shows the presence of the particles in Cu-Mn-O solid comprising coarse and excellent sizes in nature. The particles are normally least agglomerated, highly porous, high surface area and uniformly distributed [20]. In addition, the surface area, total pore volume and mean pore radius of the as prepared sample calcined at 1000°C were 66.6 m2/g, 0.018 cc/g and 1.1 nm, respectively in Figure 3.

Spinel materials based on CuMn2O4 and/or Mn3O4 were prepared by ceramic method via heating copper chloride with manganese carbonate at 1000°C for 4 hours. The results revealed that the heat treatment at 400°C led to formation of mixture of CuO and Mn2O3 which undergoes phase transformation with subsequent formation of Mn2O3 by increasing the calcination temperature to 600°C. Indeed, the heat treatment of Cu-Mn mixed oxide resulted in a progress change in the crystallinity and crystallite size of the as prepared crystalline phases. The heat treatment brought about CuO, MnO2, Mn2O3, Mn3O4 and CuMn2O4 with crystallite sizes 38-48, 36, 94, 65 and 40, respectively. This treatment led to formation of nano sized solids with homogeneous and porous particles. This confirms by determining the surface area for the sample calcined at 1000°C which has surface area equal 70 m2/g. Finally, the author emphasizes the importance of Cu-Mn mixed oxides calcined at 1000°C in most industrial and environmental applications.