The Effect and necessity of anthropogenic copper on fresh water aquaculture organisms: A review

Obesity is accumulation of excess fat in the body [1] and it is becoming one of the major public health problems [2]. About 2.8 million people die each year due to combination of overweight and obesity worldwide. Unhealthy diets connote countries with scarce resources and dietary diversity score (DDS) is an indicators of risk of NCDs [3]. Globally NCDs is increasing rapidly and projected to reach 57% in 2020. The combined prevalence of overweight and obesity has increased by 27.5% for adults between 1980 and 2013 [4]. In Sub-Saharan Africa, obesity and other metabolic markers are emerging problems of public health [5].

Evidence based studies shows that dietary diversity is a good proxy of dietary quality globally [2-5]. In low and middle income countries, people typically base their diets on few food groups [6]. Dietary diversity refers to a variety of foods across and within the food groups to ensure adequate amounts of key nutrients and maintain acceptable levels of growth and development [3,6]. DDS is cost effective, non-invasive tools to assess dietary patterns and familiarize public health policies, communicate risk and targeted interventions [7]. High DDs was associated with higher economy at household level [8,9].

Socioeconomic disparity in nutrition helps to explain some of the observed social inequalities in health [7,10]. Different studies indicate that most of Ethiopian practices unhealthy diet [11,12]; where cereals contribute about 75% of diet [3,13], and 60% of households had low DDS [14,15], keeping the effect of other risk factors. Unhealthy diet contributed to 14.8% of the global burden of diseases and it was estimated that one in every five deaths was due to poor dietary practices [16]. Nutrition interventions are primarily focus only vulnerable groups [17], where adult’s neglected. Thus, this study aimed to assess magnitude central obesity and associated risk factors among middle aged urban residents of West Ethiopia.

This study was conducted purposively in Nekemte which is the hub of west towns and located 328 Km from Addis Ababa in February 2019.

A community based cross-sectional study was used to assess magnitude of obesity and associated risk factors. From six communes of Nekemte administrations, two communes were selected. Since data would be used as baseline, one commune was randomly selected and the other purposively allocated with natural geographical buffering zone to avoid contamination.

The minimum sample size was calculated using single proportion formula taking prevalence of dependent variable among healthy Ethiopian adults. Abdominal obesity (19.6%) was the most common prevalent [18], with margin of error of 5%, CI 95% and 10% gnawing away, minimum sample of 266 participants was calculated.

Using food frequency questionnaires, DDS constructed from twelve food groups by counting the intake of the food groups over a period of one week and converted to tertiles [19,20].

The weight was measured using a SECA electronic scale to the nearest 0.1 kg and WC with tape meter nearest to 0.1 cm. Nutritional status reported based on cut off points of obesity and metabolic syndrome markers for Ethiopian adults.

The data was analyzed using SPSS version 24 (SPSS Inc., Chicago, IL, USA). Descriptive statistics like frequency, percentage, means, were used to describe and assess association between central obesity and DDS. A logistic regression analysis at p-value ≤ 0.05 was accepted as significant.

From 266 participants comprised, the average age of adults was 52.2 years. Majority (62.8%, 54.5% and 54.89%) of the participants was females, aged between 41 year – 48 years and lives below poverty threshold respectively. Significant difference was observed between gender, age, income and urban farming with DDS (Table 1).

Table 3: Frequency of fat and oil consumption by urban residents, 2019.

Table 4: Frequency of five indices of anthropometric measures of middle aged of Nekemte, 2019.

Recently obesity was recognized as public health significance; still in west Ethiopia, central obesity is seen as beauty for neckties and wrongly perceived an indication of rich family; however it is a silent killer. Thus, this study aimed to investigate magnitude and association of overweight, central obesity and risk factors.

In this study, the prevalence of central obesity was 58.6% with waist circumference definition criteria. This finding is in line with studies done on Jimma university workers, China US Asian adults. Likewise, study conducted in Namibia among a San groups show 87.5% of the participants consumed food items from only 2 or 3 different food groups, the most frequently eaten food type being maize meal. Similarly, in Addis Ababa reported that 60.4% of them had low DDS, 39.7% of people ≥40 years had non-diversified diet in Jimma town and in Mirab Abaya wereda Southern Ethiopia had low (65.7%) and 34.3% high DDS.

Similar to study on Sri lankan adults, nearly all participants consumed cereal based monotonous food, most frequently teff and this prevalence was higher than cereal contribution (75%) in Ethiopian diet. Also study in Addis Ababa (11%) and 3.4% of urban residents in south west Ethiopia had high DDs meaning majority of them practicing poor diet. It is known that the prevalence of metabolic syndrome was high among population consume highly dense carbohydrate and saturated lipids.

Regarding lipids, most (62.0%) of the participants consumed mixture of oil and fat, mostly palm olein. Palm olein with a high content of the SFA (palmitic acid ~ 50%), 40% oleic acid and a low (10%) content of unsaturated fatty acids has been proved to increase the serum cholesterol concentrations in humans. The recommended fat intake for healthy adults on SFA is less than 10%, but not practiced by study population.

Based on Ethiopian optimal cut off point for Mets, WC measure results showed that women (37.22%) and men (21.43%) were at risk of obesity. Similarly the study conducted in Verulam, South Africa showed 68.4% of women and 25% of men were having central obesity. The finding of our study was higher than the pooled prevalence of DHS data of 32 sub-Saharan African countries yielding 15.9%; 28.1% in Malawi and in Tanzania the prevalence of overweight and obesity among adults were 24.1% and 19.2%. In this study, being female was found to be associated with central obesity. This finding is consistent with the studies done in Brazil, Oman Eastern Sudan Northern Iran and Southern China.

This study confirms that overweight, central obesity and poor dietary practice was showed high prevalence. However, the study limited with evaluating cause-and- effect associations, chronological relations could not be established between measures of variables. Despite limitations, this study may strengthen the existing knowledge and fulfill the gaps in the already limited data on modifiable risks factors of metabolic syndrome in Ethiopia.

More than one fourth of study participants were found general obese and majority of them with centrally obese, it is comparably high prevalence to respective studies. And all most all respondents consume cereal and saturated oil. It implies that not only behavioral change intervention but also doses for preparation of dishes and community based healthy lifestyle education boldly need venture to generalize at country level.

Permission was sought from the Institutional Review Board (IRB), Jimma University (Approval No. IHRPGY/596/2019) and official letter was taken from Nekemte health Bureau.

No conflicts of interest.

No funding was received for this paper work. 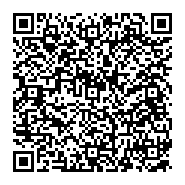