The human immunodeficiency virus (HIV) infection leading to Acquired Immunodeficiency Syndrome (AIDS) causes progressive decline in immunological response in people living with HIV/AIDS (PLWHA) making them susceptible to a variety of and opportunistic infections which are responsible for morbidity and mortality. Community Care Centres (CCC) have been started as a measure to ensure compliance of antiretroviral treatment. Detailed history taking, clinical examination and laboratory tests were carried out in 110 patients. The pattern of opportunistic infections in people living with HIV/AIDS (PLWHA) attending CC was studied. The presenting symptoms were fever (82.2%), weight loss (65.8%), cough & dyspnoea (45.5%) and diarrhoea (41.7%). One or more opportunistic infections were observed in 63 patients (57%). Commonly observed were pulmonary tuberculosis (52.3%), candidiasis (39%), cryptosporidial diarrhoea (30.1%) and Pneumocystis Carinii Pneumonia (PCP) (14.2%). In 46.4% of cases CD4 count was less than 200. Findings point to the importance of early diagnosis and treatment of opportunistic infections in order to improve quality and expectancy of life.

HIV infection continues to be a major public health problem with worldwide 40 million and estimated 3.6 million PLWHA in SEAR [1,2]. The first case of AIDS in India was reported in 1986 and now India is a country with the second largest population of HIV infected individuals [1]. India has an estimated 2.3 million (1.8 to 2.9) HIV positive persons in 2007 with an adult HIV prevalence of 0.36% (0.25-0.43%). Sexual route continues to be major mode of transmission though injectable drug use is also emerging as an important mode of transmission in some parts of the country.

According to 2001 census, with 76.2 million population, Andhra Pradesh is India’s fifth most populous state and considered as one of the six high prevalent states. Certain socioeconomic factors contribute to vulnerability of state to this epidemic. These factors are not only promoting commercial sex work but also playing an important role in occurrence of opportunistic infections in PLWHA. Nalgonda district has prevalence of 1.88 % amongst antenatal mothers [3].

National AIDS Control Programme Phase III (2007-2012) has overall goal of halting and reversing epidemic in India over 5 year period with high priority of preventive efforts and establishment of Community Care Centres (CCC) for providing treatment, care and support to PLHA and ensures that PLWHA are provided with (i) counseling for ART adherence; (ii) treatment of opportunistic infections; (iii) referral and outreach activities for follow up and (iv) social support services. As of 31st March 2009, a total 254 CCC were operational. [4]

The present cross-sectional hospital based study was conducted amongst 110 people living with HIV/AIDS (PLWHA) at Community Care Centre of KIMS.

All new seropositive HIV cases admitted during October 2008 to January 2009 (4 months) were studied. Only new registered cases during above period were included. Detailed history, clinical examination and investigations (sputum examination, stool examination and CD4) were done with standard procedures and data thus collected were recorded by using structured proforma. 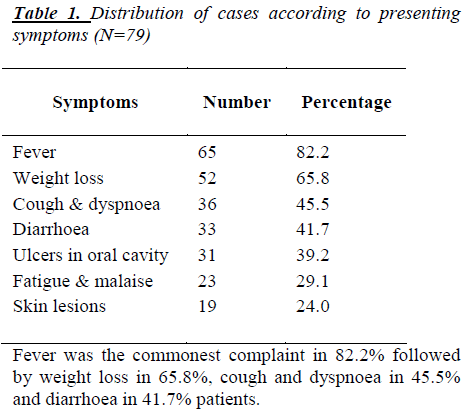 Table 1: Distribution of cases according to presenting symptoms (N=79)

Distribution by mode of transmission is shown in table 2. In 98 cases (80%) the predominant mode of transmission was sexual route of which 78.2% were heterosexuals with multiple partners. Remaining 20% did not respond to the question on pattern risk behaviour followed. 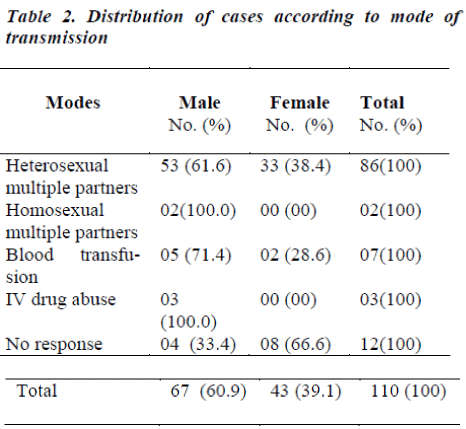 Table 2: Distribution of cases according to mode of transmission 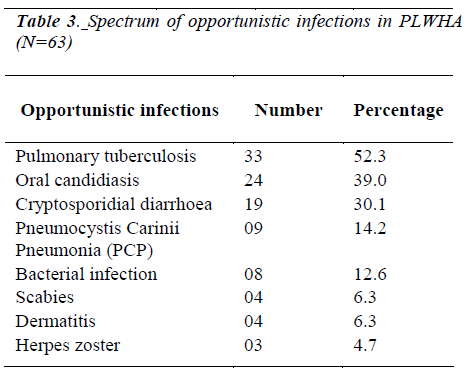 Table 4: Comparison of Percentage of Opportunistic Infections with various other studies

Table 5: Relationship between level of CD4 count and opportunistic infections

Table 6: Distribution of patients according to disclosure of serostatus to partner

Having Heterosexual multiple partners was the commonly observed mode of transmission in 61.6% males and 38.4% females. In 71.4% males, infection was acquired through blood transfusion.

81.4% male patients and 56.7% female patients had disclosed their serostatus to their spouse. So disclosure rate observed was 66.4%

Fever (82.2%), weight loss (65.8%), cough and dyspnoea (45.5%), diarrhea (41.7%) and ulcers in orophyrangeal cavity (39.2%) were the major symptoms observed. Our findings are almost similar with study results of Pandey S et al [5], Zaheer MS et al [6] and Mahajan A et al [7] and Wadhava A et al [8]. However, Joshi HS et al [9] observed fever in 48.6%, cough in 36.4% and weight loss in 58.8% of cases which are lower than those observed in the present study. Higher incidence of tuberculosis in the present study (52.3%) could be the reason for high proportion of cough, fever, and weight loss as presenting symptoms and was comparable to other Indian studies [6]. Thus fever, weight loss and cough were common symptoms seen in PLWHA. Epidemiological features depend upon social and cultural practices of the people which may again vary from region to region [10].

Heterosexual contact continued to be the commonest mode of transmission and consistent with findings by others [4,9,10,11]. Commonest source of contact was Commercial Sex Workers (CSWs).This shows that inspite of intense condom promotion by National AIDS Control Organisation (NACO), the message had not effectively reached to masses.

Tuberculosis was commonest observed opportunistic infection in our study and matches with findings by other authors [5,6,11,14]. This is because tuberculosis is endemic in India and patients with HIV and TB rapidly downgrade with high mortality and multidrug resistance. In case of candidial infection, our study findings are comparable with findings of Shobhana A et al [12]. Comparatively low incidence of candidiasis was observed in studies by others [5,10,11,13]. Oral candidiasis was the commonest mucocutaneous opportunistic infection observed in our study.

Findings of cryptosporidial diarrhoea was almost comparable with other studies [14], where as Mulla SA [13] reported low incidence. Relatively high incidence of oral candidiasis and diarrhoea may be due to low socioeconomic status, poor hygiene and non-availability of safe drinking water. High prevalence of PCP was observed as compared with other studies [5,14]. PCP occurs in advanced HIV disease generally with CD4 count less than 200 cells/mm3. In our study more than half patients with opportunistic infection were having CD4 count less than 200 cells/mm3. Similar findings regarding herpes zoster and scabies were observed by Pandey S [5] and Shobhana A et al [12]. Our findings of having CD4 count less than 200 in 46.3% of cases is similar to the findings of Mahajan A et al [7]. Teja VD et al [15] found in 66.3% of patients the CD4 count to be less than 200; however this was at the time of death of the patients. The overall outcome of serostatus disclosure was found to be positive (66.4%). However 33.6% of people living with HIV/AIDS (PLWHA) had not disclosed their HIV status. The positive outcome can be attributed to familistic orientation of Indian society and spread of awareness about HIV/AIDS which can be managed by mutual understandings amongst couple. This is in continuation with study conducted in Mumbai [16].

The pattern of Opportunistic infections in a particular area helps the attending physicians to be on the look out for them and take prompt therapeutic measures. Simultaneously specific health education of PLWHA regarding early detection of opportunistic infection (OI) and importance of antimicrobial prophylaxis to reduce the morbidity and mortality can be undertaken.