Introduction: Meat consumption is increasing day by day. Workers hygiene practice directly influence the meat hygiene and poor hygiene has huge public health implication due to possibilities of transmitting animal, human and environmental derived pathogens to the workers and consumers. The objective of the study is to assess the meat hygiene practices among the meat retailers of Pokhara Metropolitan city. Methods: A cross sectional study was carried out among 240 meat retailers in between July to October 2018 in Pokhara metropolitan city, Nepal. Proportionate simple random sampling method was used. Data were collected through face to face interview and observation using the semi-structured questionnaire and observation checklist. Chi-square test was performed to assess the association between meat hygiene practice and independent variables. Results: Majority (84.6%) of the participants had knowledge about personal protective equipment and almost all (99%) who have knowledge about personal protective equipment have habit of using it. All had habit of cleaning the shops/slaughter house. Similarly, all had practice of cleaning their hands, equipment's and clothes. More than half (52.5%) of the participants had good hygiene practice. Education and ethnicity of participants (P<0.05) were statistically significant with meat hygiene practice. Conclusion: The study concludes that hygiene practices of the meat retailers in Pokhara Metropolitan were not found to be satisfactory and practice of hygiene needs to be improved. Provision of training for improving the hygiene practice was discovered as the key recommendation of this study.

Meat hygiene refers to all conditions and measures necessary to ensure the safety and suitability of meat at all stages of the food chain [1]. As meat consumption is increasing around the world, so do concerns and challenges to meat hygiene and safety [2]. Inadequate facilities and hygiene at slaughter houses can result in contamination of meat and occupational hazards to worker and has huge public health implication due to possibilities of transmitting animal, human and environmental derived pathogens to the workers and consumers [3]. Previous study showed that in developing countries slaughtering places are frequently contaminated and are often deteriorated due to bacterial infection or contamination which may cause food poisoning or diseases to the consumers [4].

The objective of this study is to assess the meat hygiene practices and factors associated with it among the retailers of Pokhara Metropolitan.

A cross-sectional study was conducted among the workers of retailers of meat products in Pokhara Metropolitan, Nepal from July-October 2018. The sample size of 240 was derived using finite population formula assuming that 50% practice of meat hygiene and with 637 estimated registered retailers in Pokhara Metropolitan. This study included workers of retailers in Pokhara Metropolitan who were engaged in the handling of meats and excluded those who refused to participate, whose age was below 15 years and above 60 years and those who were unable to answer. The data was obtained through face-to-face interview and observation using semi-structured questionnaire and observation checklist. Simple random sampling was done to choose sample representative. Independent variable included socio-demographic characteristics of the study participants (Age, Sex, Caste/Ethnicity, Religion, Educational level), training and occupation related factors (Working experience, hours of work, training received, provision of inspection, waste management practices). Dependent variable was level of meat hygiene practice, which was derived from observation checklist.

To ensure validity of the study, tool was developed by using standard questionnaire for meat hygiene and in consultation with supervisor. Reliability was ensured by pretesting the tool among 10% of the estimated sample size. Tools was developed in both English and Nepali language. Data entry was done in Epi-data and exported to IBM SPSS version 20 for analysis. Descriptive statistics (like mean, range, frequencies, and percentages) was performed to describe the study population. Chi-square test was done to observe the association between dependent and independent variables.

Ethical approval was obtained from Institutional Review Committee (IRC), Pokhara University. The participants were fully informed about the nature and benefits of the research and written informed consent was taken.

Scoring of practice: Twenty-two questions were developed to assess practice. Positive responses to all 22 variables of the observations were given an equal score of one and grand score was computed by adding all the values. The mean score was 15.26. As per the category the hygiene scores greater or equal to 15.26 is considered as good hygiene and less than 15.26 is considered as poor hygiene.

All the participants (n=240) participated in the study. Quantitative analyses of findings are reflected in different tables. (Tables 1-4).

Table 1: Socio-demographic characteristics of the participants.. 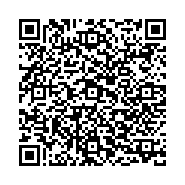