Invasive methods in measuring eye temperature are normally dangerous. Therefore, computational models can be used as a useful tool to study the heat transfer in human eye. The previous two-dimensions (2D) models were not able to describe the heat analysis of the eye precisely. This study presents a 3D finite element eye model which simulates the eye temperature distribution in steady state condition. Our results show a discrepancy of 3.61%, maximum, when compared to the experimental ones. We calculated a maximum temperature of 36.966°C and minimum of 34.606°C which are in reasonable agreement with literatures.

The rate of eye diseases has been increased in developing countries since last decades. The main reason is associated with the food diets and the life style in these societies. The mathematical and computational models are the tools for studying of the biological systems and maybe be used for early diagnosis of the eye diseases. This is very important for treatment of the diseases because the optometrist enables to perform related clinical treatments.

In the early of 1950s, non-invasive techniques were used to obtain temperature of a cornea surface . Erfon et al [1] obtained results of the ocular surface temperature using infrared imaging approach to have a mean of 34.3 C while Purslor et al [2] reported a variation of 33.9 to 36.1°C. E.Y.K.Ng et al [3] presented a 2D model and simulated the eye structure using finite element method. They later obtained ocular surface temperature using a bioheat equation [4]. Ean-Hin Ooi et al [5] simulated the aqueous humor hydrodynamics in the eye heat transfer. Sharon et al [6] modeled the heat exposure and damage to the eye lens in 2007. Eric Li et al [7] studied the bioheat transfer in the eye using the 3D alpha finite element method in 2010. Shafahi et al [8] studied the eye response to thermal disturbances and analyzed the role of primary thermal transport mechanisms on the eye subject to different conditions. In this study, we have developed a threedimensional finite element model of the human eye and investigated the heat transfer the heat transfer in the eye structure. We have calculated the temperature distribution and heat flow inside the eye. We have picked six points in the structure and studied the effects of convection coefficient, blood temperature, ambient temperature and evaporation rate in the model. We do not claim that the model is perfect due to lack of experimental data on human eye but believe that computational modeling can help the researchers to understand the thermal mechanisms in the eye much better.

Using the literature anatomical data [3] for 2D model of the eye, we have constructed the 3D model by CATIA software.The complete 3D structure has been shown in Figure 1. The model is discretized using triangular elements. The number of elements is found to be 56335.The generated mesh for the eye structure has been shown in Figure 2. We have considered the value of blood convection coefficient at sclera equal to 65 w/m2k [9]. Blood temperature entering the eye is taken as 37°C [9]. The ambient convection coefficient was assumed to be 10 w/m2.k [10] while the ambient temperature is 25 °C. Emissivity of the cornea was considered as 0.975 [11] and the evaporation rate of the normal eye was assumed to be 40 w/m2. he properties of the human eye for different domains were extracted from the literature [3] . Based on the above values, we have considered appropriate boundary conditions for the model. Thereafter, using finite element method, a steady state analysis for a normal eye was analyzed and various simulations were carried out using ANSYS software. W have considered the steady state thermal condition and applied the convection, radiation and heat to simulate the heat transfer in the eye structure. The convection was applied for cornea and sclera. The temperature of cornea is the same as the ambient but it is the same as blood temperature for sclera. The heat is radiated from cornea as well; therefore emissivity value is applied for it. It should be noted that heat flux normally occurs in cornea. The simulation was run for six defined points O,A,B,C,D and E which relate to the corneal surface, anterior of aqueous humor, anterior of lens, anterior vitreous, posterior of vitreous and the sclera as presented in Figure 3. 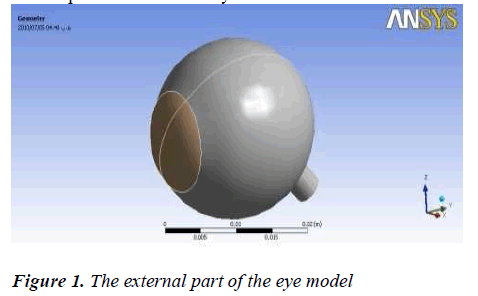 Figure 1: The external part of the eye model 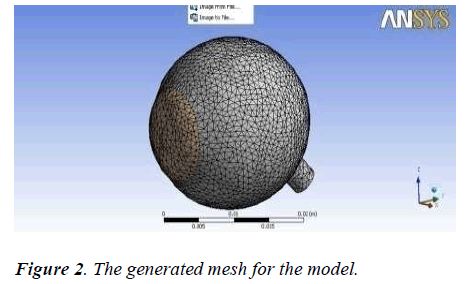 Figure 2: The generated mesh for the model. 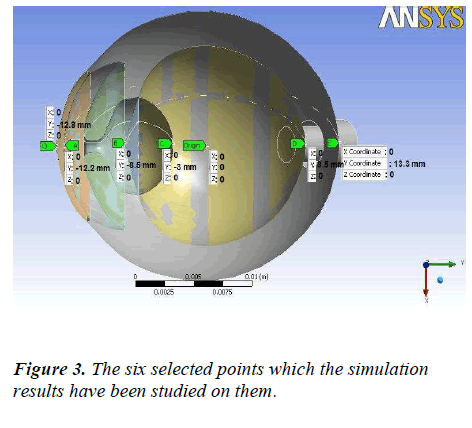 Figure 3: The six selected points which the simulation results have been studied on them.

The results of the simulation can be analyzed and discussed by different variations and parameters. Figure 4 shows the temperature distribution in the eye structure. The minimum obtained temperature is 34.606 °C. When the heat moves from the cornea towards the optic nerves the temperature increases by the maximum of 36.966 °C. 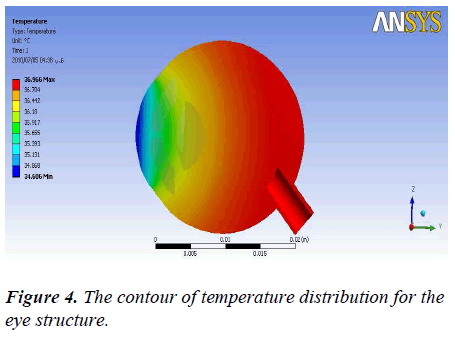 Figure 4: The contour of temperature distribution for the eye structure. 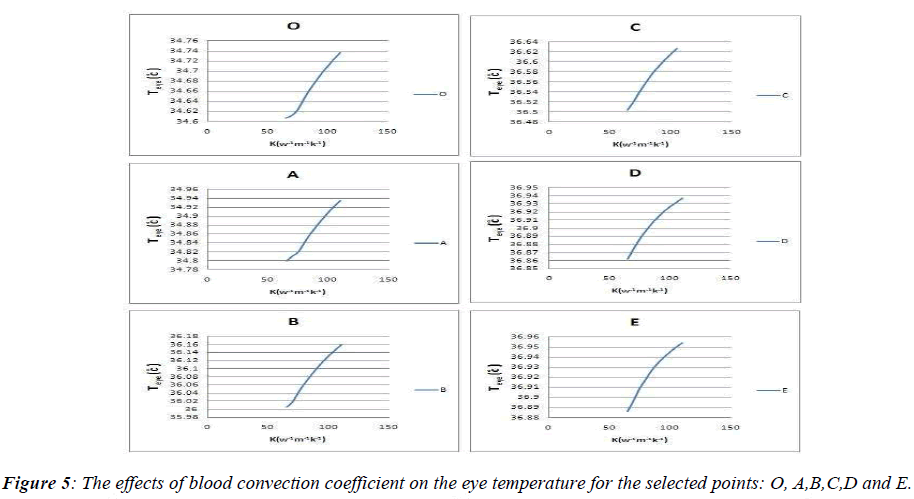 Figure 5: The effects of blood convection coefficient on the eye temperature for the selected points: O, A,B,C,D and E. 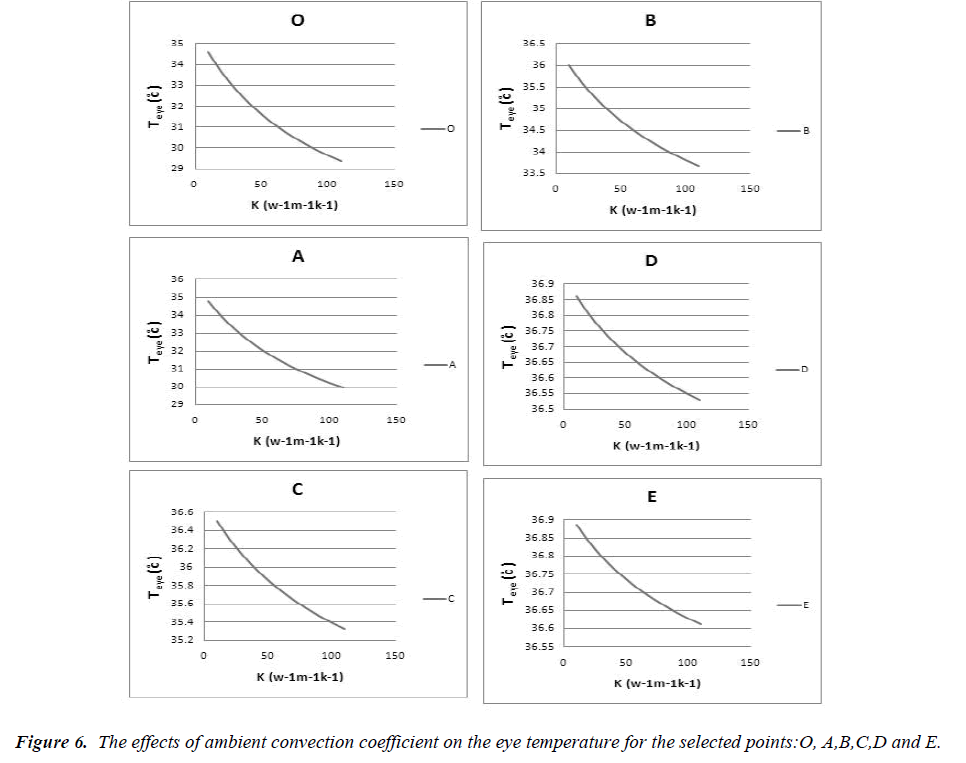 Figure 6: The effects of ambient convection coefficient on the eye temperature for the selected points:O, A,B,C,D and E. 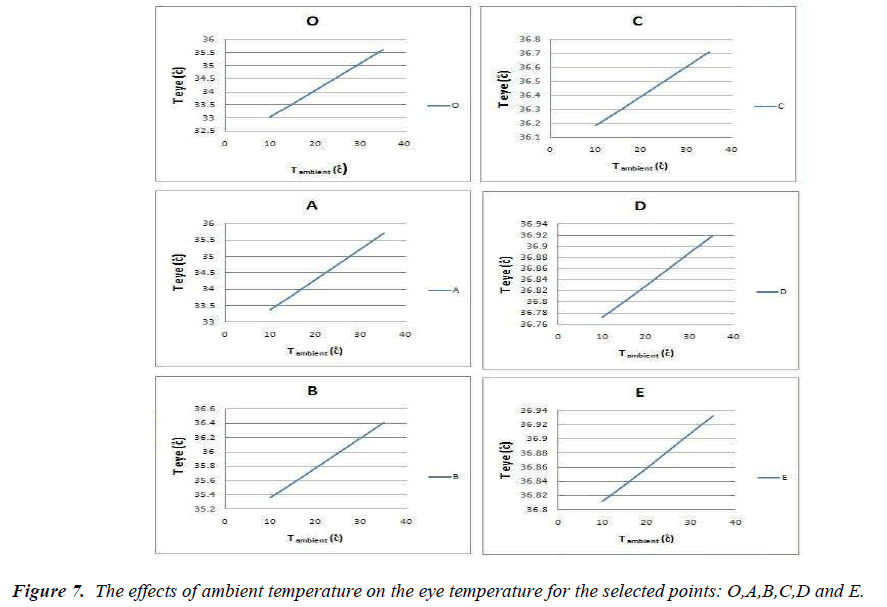 Figure 7: The effects of ambient temperature on the eye temperature for the selected points: O,A,B,C,D and E. 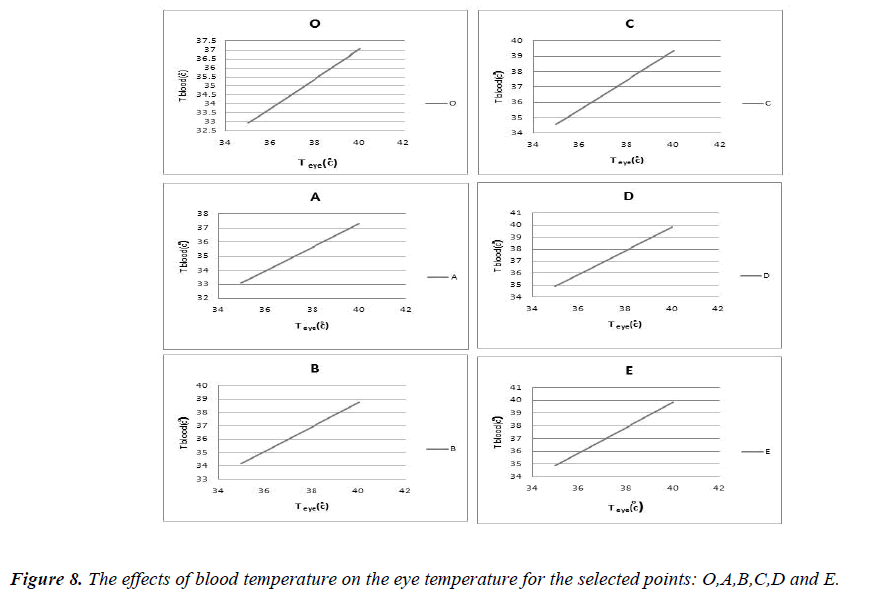 Figure 8: The effects of blood temperature on the eye temperature for the selected points: O,A,B,C,D and E. 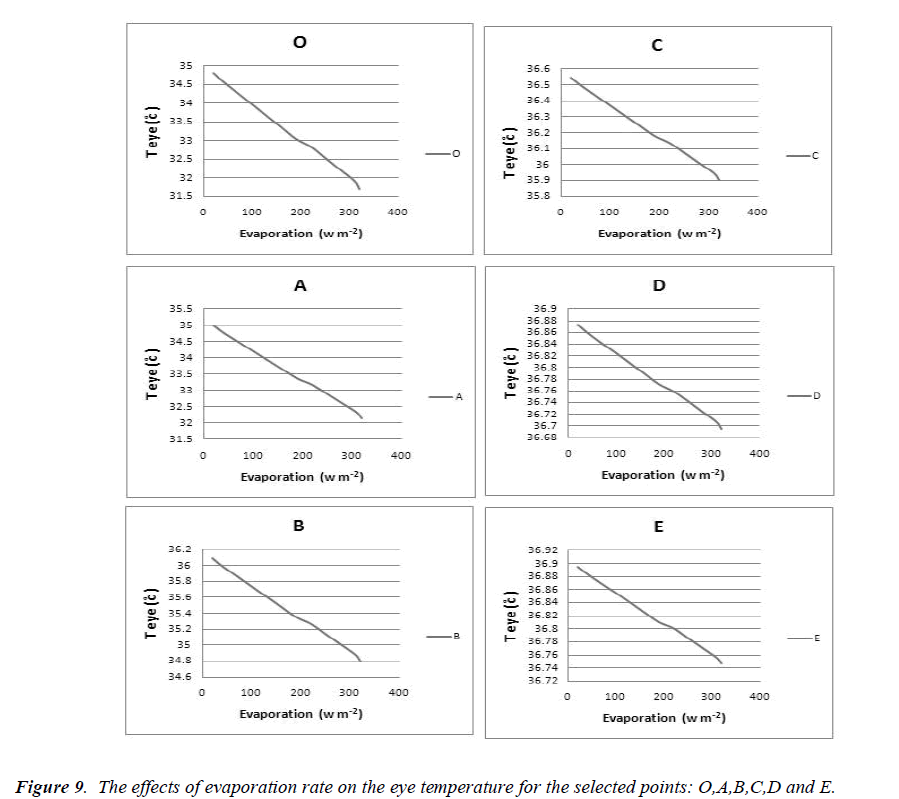 Figure 9: The effects of evaporation rate on the eye temperature for the selected points: O,A,B,C,D and E.

Scott [14] and E.Y.K.Ng [3] showed that the main parameters affecting the eye temperature are blood temperature, ambient temperature and evaporation rate. We have tried to simulate the effects of theses parameters on the different parts of the eye. We have calculated the minimum and maximum eye temperature using the temperature contour which was shown in Figure(4) where the minimum temperature was 34.64°C . The temperature has been compared to the others results in accordance with the literature [15,16,17,18]. The rate of discrepancy between our result and the literature varies from 0.9% to 4.07%. It should be noted that the minimum temperature belongs to point O which is the most sensitive part of the eye structure [14]. We have compared obtained temperatures to E.Y.K.Ng’s results [3] and found out a mean rate of discrepancy equal to 2.7%. The rate of discrepancy between our other results and the literature is less than 3% but we have not included the comparison of the data any more. The important point is to see whether the results of the modeling are reliable. The ambient temperature has been considered 25°C in our model however the temperature was different from 20 to 25°C in the previous simulations. Therefore the effects of ambient temperature on the eye were different in the simulations. On the other hand, the thermal conductivity and material properties which were applied in the previous simulations are quite different therefore, the results are different. However, the rate of discrepancy is the best factor for comparison of the modeling results to the literature. One reason for lacking of experimental results is that invasive methods are required for collection of clinical data however these methods can only performed on animals. Therefore, the detailed verification of the simulations is limited. We believe these types of simulations, including our model, represent a good understanding of the temperature distribution in the eye structure and could be a useful tool for the students to be familiar with the effects of heat flux inside the eye.

We introduced a finite element model of heat flow in the eye structure under steady state condition. Due to lack of experimental data and clinical observation, the verification of the results was only performed using available literatures including previous simulations. However, we have presented a 3D model which can calculate the eye temperature more suitable than a 2D model. The next step could be the study of heat flux in the eye using non steady condition and blood flow inside the eye arteries. By the way, we believe the model can help the biomedical engineering students to be familiar with the stream of heat in the eye structure although we require better mathematical and computational models.

Authors of the manuscript hereby declare that have not any conflict of interests.