Diabetes mellitus is a metabolic disorder, characterized by hyperglycemia and glycosuria resulting from a defect in insulin secretion, its action or both. Oxidative modification of LDL is recognized as one of the major process involved in the etiopathogenesis of diabetes mellitus. The aim of the present study is to investigate the LDL oxidation and its antioxi-dant potential in diabetes mellitus. The study was carried out in 80 diabetic subjects, classi-fied into two group according to their glycosylated hemoglobin (HbA1c) values as regulated (<0.50 M hexose/ M Hb) and unregulated (>0.60 M hexose/ M Hb). 40 healthy age matched subjects were also included for comparison. LDL from the serum sample was precipitated by heparin-citrate precipitation method. The LDL fractions were exposed to oxidation with CuSO4 and sensitivity to oxidation was evaluated. AOP was measured by taking 10 sub-jects from each group. The sensitivity of LDL oxidation was significantly higher in all dia-betic groups compared to control group. AOP was significantly decreased in unregulated diabetic group compared to control group. Low AOP probably shortens the lag phase of LDL oxidation so the sensitivity to oxidation appears to be higher in diabetes mellitus pa-tients.

Diabetes mellitus is a chronic disorder resulting from a number of factors, in which an absolute or relative defi-ciency of insulin or its function occurs [1].The clinical manifestations are hyperglycemia and glycosuria. Long term hyperglycemia induces a large number of vascular complications like atherosclerosis and coronary heart dis-ease. Lipoprotein oxidation is a key stage in development of atherosclerosis and other complications in diabetes. It may be initiated by both enzyme and non enzyme medi-ated mechanisms. Besides this, its own composition such as antioxidant content, fatty acid composition and particle size also play important role in the onset of vascular com-plications in diabetes [2].The LDL has a core which is surrounded by polar lipids (polyunsaturated fatty acids and cholesterol) and specific proteins. Polyunsaturated Fatty acids in LDL particles is protected against free radi-cal attack and oxidation by antioxidants (α-tocopherol and β-carotene) present in the particle and hence resistant to oxidation. During LDL oxidation three phases are ob-served -lag phase, propagation phase and decomposition phase. In the lag phase little oxidation occurs due to its own antioxidant defense system. At the end of lag phase antioxidant property of LDL diminished and PUFA in LDL are rapidly oxidized to lipid hydroperoxides. After this propagation phase, decomposition phase start in which unstable lipid hydroperoxides start decomposing and lipid peroxides concentration decrease [3]. The ca-pacity of LDL to protect itself from oxidation is known as its antioxidant potential (AOP). The pre-sent study has been carried out to know the antioxidant potential of LDL molecule and its sensitivity to oxida-tion in type II diabetic subjects.

The present study was carried out in 40 healthy subjects and 80 diabetic subjects. The 5ml Blood samples of all subjects were collected once in the morning in fasting condition. The diabetic patients were divided into two groups on the basis of glycosylated hemoglobin (HbA1c) levels as:

The glycosylated hemoglobin (HbA1c) level was deter-mined by Rai B etal [4]. The lipid profile by standard kit methods, the LDL oxidation by Scoccia et al [5] and AOP of LDL by Durek.e tal [8] Malonaldialdehyde(MDA) by Jean. etal [7] and The protein determination was done by the Lowry etal method [9].

For LDL oxidation the LDL was precipitated from blood sample by heparin-citrate method [6]. Briefly 5 ml 0.064M Na citrate buffer, pH 5.04 with 50,000 IU/l hepa-rin was mixed with 0.5 ml of serum, vertexed, and centri-fuge at 1000g for 10 minute. The supernatant was re-moved and LDL precipitate was dissolved in 1ml 1% tri-ton X- 100. Then MDA (Malonaldialdehyde) was deter-mined. This is basal MDA level in LDL. Then isolated LDL was induced by copper sulphate. For this, isolated LDL samples were incubated at 37°C with CuSO4 (1mM) for 150 Min. Again Malonaldialdehyde (MDA) was de-termined. This is induced MDA level in LDL. The differ-ence between induced and basal MDA levels was used to evaluate sensitivity to oxidation of the LDL samples and results were expressed as nmol/mg/h

For The determination of antioxidant potential (AOP) of isolated LDL, 10 regulated diabetic patients, 10 unregu-lated and 10 healthy controls were selected from above 40 Diabetic and control group on the basis of their HbA1c level For the measurement of AOP, the isolated LDL samples from all three groups were incubated with xan-thine - xanthine oxidase system in the presence of cod liver oil. After 1h incubation, MDA levels were measured in all samples and the results were expressed as(U/mg Protein) . 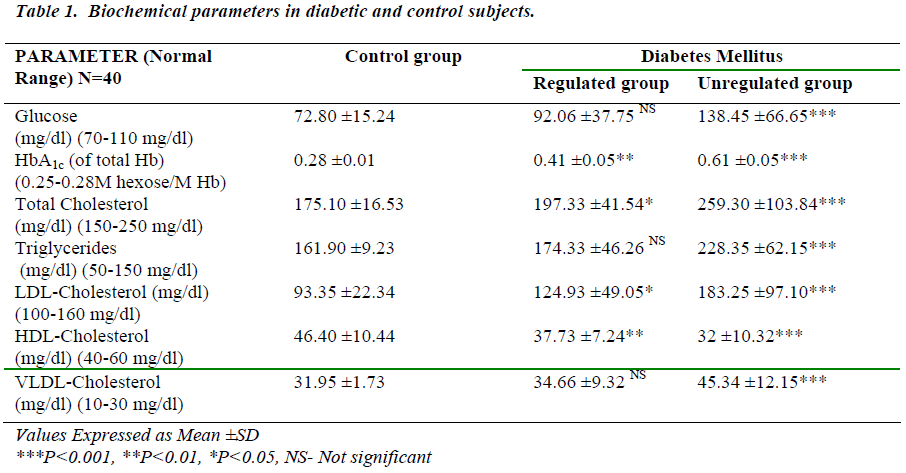 Table 2: Sensitivity of LDL oxidation and AOP of LDL in diabetic and control subjects.

Diabetes mellitus is a life threatening metabolic disorder manifested by hyperglycemia and glycosuria. Persistent hyperglycemia and increase glycation (HbA1c) leads to formation of free radicals and thus developed the oxida-tive stress in the cell [10]. Elevated cholesterol particu-larly in the apolipoprotein B containing lipoprotein is an important etiological factor in the development of vascu-lar complications in the diabetes [2]. It is believed that the modification of LDL in arterial wall by oxidation is the early stage of the vascular complication [11,12,13]. Though oxidation of LDL is very complex process [14] and in the diabetic states the LDL size and its composi-tions alter. In our study we determined the sensitivity to LDL oxidation by isolation and incubation of LDL with copper [5]. We find the sensitivity of LDL oxidation was significantly higher in all diabetic groups as compared to control group (Table 2). Th. As we know LDL oxidation has three stages – Lag phase, propa-gation phase and decomposition phase. Normally LDL particles are rich in antioxidants so te sensitivity was calculated on the basis of difference in MDA level before and after in-cubation of LDL with copper. The incubation of LDL with the copper was made of 150 minutes at 37 ºChey try to protect themselves against peroxidation [15]. But in diabetes the lag phase of LDL oxidation get reduced, so there may be more production of lipid peroxide (MDA) at the end of propagation phase after 150 minutes of incubation at 37 ºC. In our study higher sensitivity to oxidation of LDL in diabetic group could be due to increase turn over time of oxidation process [16]. The turnover of lipid peroxidation could be the main parameter to evaluate the sensitivity. The reduced lag time and subsequently the turnover of oxidation of LDL is increased in the diabetics. LDL oxi-dation is balanced by cellular antioxidant defense and oxidative stress [17]. The capacity of LDL to protect itself from the oxidation is known as antioxidant potential.

Our results showed that sensitivity to LDL oxidation in-creased in type II diabetes and AOP values decreased. The reason could be that due to short lag phase, antioxi-dants molecules in LDL are consumed initially and the sensitivity to oxidation increased and antioxidant poten-tial (AOP) thus decreased.. The clinical approach of this study for diabetic subjects, that determination of LDL oxidation and its potential helps in prevention of vascular complications. In case of low AOP of LDL the intake of α-tocopherol supplementation significantly reduces the sensitivity to LDL oxidation, manifested by increased lag phase and decreased formation of MDA or TBARS.