Spontaneous breathing during ventilatory support in patients with acute bronchospasm.

Acute respiratory distress syndrome induces alveolar collapse in dependent lung areas near to the diaphragm, resulting in blood mixing in the lungs and acute arterial hypoxia. During ARDS, mechanical ventilation with positive end-expiratory pressure and a low tidal volume is typically used to recruit collapsed alveoli for gas exchange while avoiding pulmonary hyperinflation. ARDS has been reported in a high number of individuals at risk despite early mechanical ventilation with PEEP [1,2].

Measurements of the cardiovascular system

Measurements of ventilatory and lung mechanics

The integrated gas flow signal was used to calculate gas flow and airway pressure at the proximal end of the tracheal tube using a heated pneumotachograph linked to a differential pressure transducer. End-inspiratory pressures were recorded after a 5-second end-inspiratory occlusion, and intrinsic positive end-expiratory pressures were detected following a previously described end-expiratory occlusion [4]. Respiratory framework consistence was gotten during transient neuromuscular bar with intravenous vecuronium bromide in a portion of 0.1 mg/kg by splitting expiratory Vt by the distinction between end-inspiratory. The lower expression pressure was characterized as the most reduced and the upper intonation tension as the most noteworthy Paw at which the incline of the static expansion PV bend was maximal [5].

Blood vessel and blended venous blood gases and carbon dioxide pressure and not entirely settled in that frame of mind, subsequent to examining, with standard blood gas cathodes. Each example had oxygen immersion and haemoglobin investigated spectrophotometric ally [6].

The demand-valve CPAP circuit of a normal ventilator was used to offer pressure limited ventilatory support. The PV curve was used to regulate airway pressure limitations on a daily basis. The duration of the upper and lower pressure levels was always adjusted to allow flow to slow to zero, and the inspiratory-to-expiratory ratio remained constant. We randomly allocated patients to receive APRV with spontaneous breathing or pressure-limited, timecycled, regulated mechanical ventilation after obtaining baseline values. It's worth noting that APRV without spontaneous breathing was mechanically equal to PCV. During ventilatory support, all patients in the APRV Group maintained spontaneous breathing while receiving continuous infusions of sufentanil and midazolam as needed to achieve a Ramsay sedation score. All patients were weaned using a stringent regimen that included lowering the APRV rate twice a day. Weaning tolerance in the clinic was rated as bad [7]. 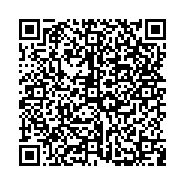