Significant role of defects in signalling pathways under diseased conditions.

The majority of significant human diseases, such as hypertension, heart disease, diabetes, and a variety of psychiatric illnesses, appear to be caused by minor phenotypic changes in signalling pathways. The behaviour of cells is altered as a result of such phenotypic remodelling, and their usual functions are disrupted, resulting in illness. Because it has been difficult to establish a clear link between signalsome remodelling and disease, little progress has been made in developing effective treatments [1].

Microorganisms interacting with human cell receptors for survival or disease, and cellular receptor dysfunction, which leads in disease are the two main ways cellular receptors are linked with failure of human physiologic process.

To obtain access, viruses must connect to cell-surface receptors on the host cell. Viruses have thereby hijacked human cell receptors for their own purposes. To enter human macrophages, the HIV surface protein GP-120, for example, must bind to the CCR5 receptor. People who are homozygous for a deletion in the CCR5 receptor are immune to HIV infections that require this receptor. In addition, research is being conducted to find a strategy to stop HIV infection by targeting the CCR5 receptor.

Pseudohypoparathyroidism is a term used to describe a range of illnesses in which the target organ is insensitive to parathyroid hormone (PTH). Any malfunction in the PTH signalling pathway causes this disease. A missense mutation in the PTH gene sequence, which results in diminished PTH-receptor binding, is one specific cause of pseudohypoparathyroidism. When the signal fails to attach to its receptor, PTH is unable to regulate calcium and phosphorus levels in the body through its numerous target organs, including the kidney and bones [2].

McCune-Albright syndrome is a rare illness characterised by peripheral premature puberty, café-au-lait patches, and bone fibrous dysplasia. A somatic mutation of the alpha subunit of a stimulatory G protein, which activates adenylyl cyclase, causes McCune-Albright syndrome in children. Regardless of receptor engagement, the mutation in this protein causes it to continue to stimulate its signalling cascade.

Myasthenia gravis is a condition that affects mostly women in their second and third decades of life, and mostly men in their sixth and eighth. Variable muscular weakness is the most prevalent symptom of myasthenia gravis. Autoantibodies against the acetylcholine receptor cause the disorder [3]. These antibodies bind to acetylcholine's cellular receptor at the neuromuscular junction and prevent it from binding. Additionally, autoantibodies attach to receptors, causing cross-linking and internalisation. The muscle can't contract as well as it should when acetylcholine can't attach to majority of its cellular receptors in the neuromuscular junction.

Androgen insensitivity syndrome affects sexual development before and after birth, as well as throughout puberty. When a foetus has an X and a Y chromosome, the foetus should develop as a male and go through male changes during puberty. The SRY gene on the Y chromosome causes the foetus to develop internal male organs during development, but without androgen signalling, the patient's external phenotype will be female. Patients with androgen insensitivity syndrome have a loss-of-function mutation in the gene that codes for the androgen receptor, hence they are in this state. Androgen levels will be normal or high without this receptor, but development will be unaffected [4].

Achondroplasia is the most prevalent bone abnormality in humans, and it is caused by an autosomal dominant gene. A gain-of-function mutation in the FGFR3 gene causes a persistently active FGFR3 receptor in achondroplasia patients. To become activated, this receptor does not require the binding of its ligand. Chondrocyte proliferation is restricted as a result, and endochondral bone production is hindered, resulting in growth limitation and bone shortening, among other skeletal defects [5].

Genotypic changes caused by somatic or germline mutations have been more difficult to diagnose, but they have also been difficult to treat, as seen by the failure of several gene therapy efforts. Clearly, more knowledge of all of these illness states is required in order to develop better treatments. The huge redundancy built into cell signalling pathways opens up a plethora of possibilities for developing novel strategies to treat a variety of diseases. 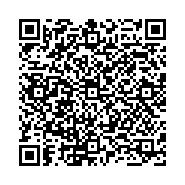