Rifampin drug interaction as cause of intractable acute postoperative pain.

Rifampin is a commonly used antimicrobial that is also a strong inducer of several drugmetabolizing enzymes. It is well documented to cause a large number of clinically significant drug interactions. Oxycodone, a semisynthetic opioid receptor agonist, is widely used for the management of postoperative pain and metabolized by the cytochrome P450 system. However, clinical studies regarding the rifampin-oxycodone interaction is limited. There are only few case reports about it in the English literature so far. We present a case of a 51-year-old male who was treated with rifampin and concomitant oxycodone and suffered from intractable postoperative pain to illustrate a contemporary understanding of rifampin drug interaction with oxycodone.

Opioids are widely used for postoperative pain management. Oxycodone in particular, is metabolized by the cytochrome P450 system. Although previous studies have illustrated the interaction between rifampin and oxycodone, the information regarding the rifampin-oxycodone interaction is limited and there are only one case report and one previous study about it in the English literature so far [9,10]. We present a case of uncontrolled acute postoperative pain to describe rifampin drug interaction with oxycodone.

A 51-year-old male developed osteomyelitis on the left tibia following a total knee arthroplasty, requiring Ciprofloxacin and Rifampin therapy for 6 months. He presented to our institution for removal of external fixation and insertion of tibial nail and antibiotic spacer while receiving the aforementioned antimicrobials. On postoperative day 0 (POD0), his pain control regimen included Oxycodone Extended-Release (ER) 10 mg every 12 hours PO, Oxycodone Immediate-Release (IR) 5-15 mg PO every 3 hours as needed for pain and intravenous (IV) morphine 2-4 mg every 3 hours as needed for breakthrough pain. This regimen was maintained for approximately 20 hours with poor pain control, having pain relief only with IV morphine, although inadequate. His physical examination showed no complications from surgery. The acute pain service was consulted on POD1 and noticed that the patient was receiving Oxycodone concomitantly with Rifampicin. Therefore, it was recommended the discontinuation of oxycodone IR and ER while starting Morphine sulfate ER 15 mg PO twice daily and Morphine Sulfate IR 15-30 mg PO every 4 hours as needed for pain, along with scheduled doses of gabapentin, acetaminophen and tizanidine. Upon follow up the next morning, he described vastly improved pain scores coinciding with the rotation of pain medications (Figure 1). 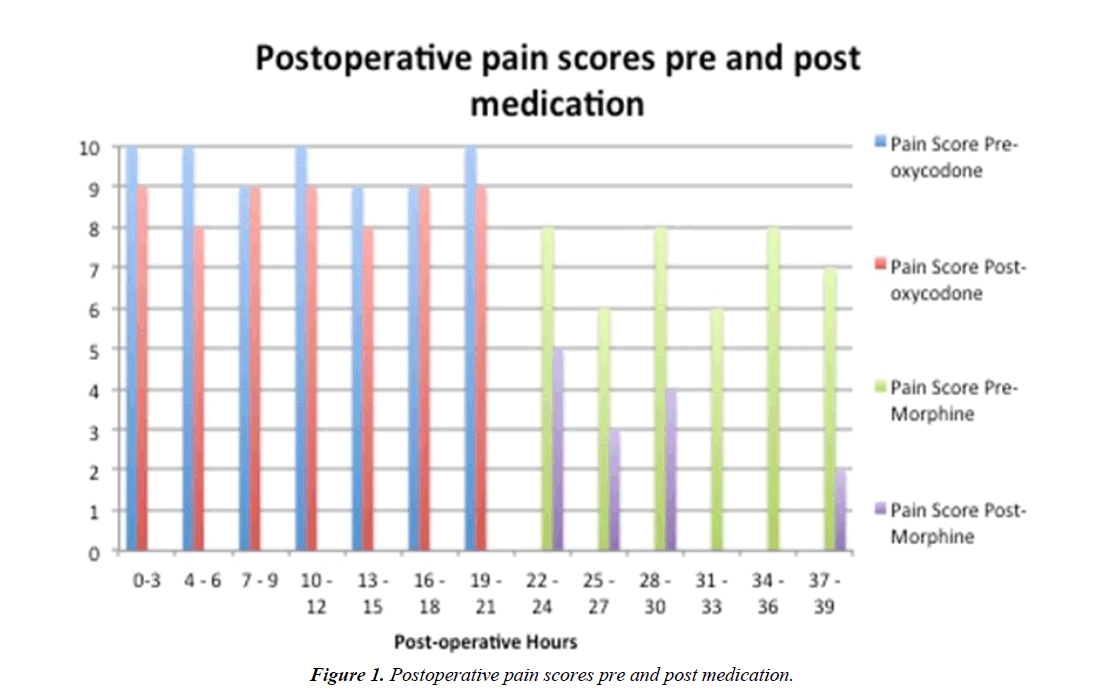 Prosthetic joint infections are a serious postoperative complication for which, antimicrobials are often used along with pain medications. Drug interactions are frequently unnoticed and can result in deleterious consequences for the patient. Rifampin, a wide spectrum antibiotic, has proven to be effective in prosthetic joint infections due to its property to remain fixed to prostheses and resists rapid washout [7,8]. Rifampin’s inducing properties on the cytochrome P450 system, make it a medication that requires careful monitoring of additional prescribed medications due to its significant drug interactions [11].

Opioids are widely used in the management of acute and chronic pain. The metabolism of opioids has been reviewed by Sebastiano Mercadante [12]. CYP450 and UDP-glucuronosyltransferases (UGTs) are two major enzyme systems that metabolizes most of the available opioids. Oxycodone is a semisynthetic opioid receptor agonist and its metabolism occurs in the liver, primarily from CYP3A4, and to lesser degree CYP2D6 isoenzymes. Noroxycodone, oxymorphone and conjugated forms of oxycodone, are the major metabolites, oxymorphone contributing minimally with clinical activity of the parent drug. About 80% is metabolized to noroxycodone formed by an N-demethylation reaction catalyzed by CYP3A4, and 10% to oxymorphone after demethylation by CYP2D6. Morphine metabolism occurs via glucuronidation by phase II metabolism enzyme UDP-glucuronosyl transferase-2B7 (UGT2B7) [11]. It is metabolized to two major metabolites, morphine- 3-glucuronide (M3G) and morphine-6-glucuronide (M6G), accounting for approximately 40% and 10%, respectively, of morphine dose recovered in the urine. Morphine also undergoes minor pathways of metabolism, including N-demethylation to normorphine or normorphine-6-diglucuronide, morphine 3,6-diglucuronide, and hydromorphone. M6G is a potent μ-receptor agonist with a greater potency and a longer duration of action than morphine, while M3G has been shown to be devoid of any binding with opioid receptors [13]. The different metabolic pathways may explain the pain control failure with oxycodone and the successful pain control with morphine sulfate in our patient. This could also confirm theoretically the rifampin drug interaction with oxycodone.

Some authors have reported the probable mechanism of this interaction and suggested dose adjustment of oxycodone when used concomitantly with rifampin [9,10]. In vitro, rifampin can cause a 55.1-fold induction of CYP3A4 activity, a 5-fold induction of CYP3A5 activity and 1.3-fold induction of CYP2D6 activity [14]. Induction of CYP3A with rifampin decreased drug effect and attenuated oxycodone-induced pain relief [9]. However, we discourage such approach as most of this patient population have chronic pain with longstanding opioid therapy. Given that rifampin therapy eventually will be discontinued, oxycodone levels can theoretically increase in the outpatient setting, increasing the risk of significant side effects or even overdose. As the glucuronidation pathway is not affected by rifampin administration, we believe that opioid rotation to medications that are not metabolized by the cytochrome system is a more reliable alternative as exposed in our particular case.

The interaction of oxycodone with rifampin appears to be clinically significant. In the future, caution should be taken during the concurrent administration of these two agents. 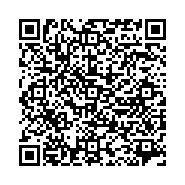