Methods: We did observational study in the period between January 2019 to December 2020 at Pediatric ICU of BLDE (deemed to be University) Shri BM Patil Medical College and hospital, a tertiary-care centre in Vijayapura, Karnataka, India. Children who were diagnosed as Rickettsial fever on clinical parameters and got confirmed by Weil-Felix test were included in the study. A titre of >1:160 of any of the three antigens (OX2, OX K, OX19) were considered as positive Weil Felix test. Rickettsial meningoencephalitis was diagnosed among these rickettsial fever patients in the presence of 2 of the following 3 features. 1) Altered sensorium/consciousness 2) Alteration in behaviour or cognition and 3) Seizures, along with CSF analysis suggestive of infection. Demographic data, clinical features, laboratory parameters, hospital course, and complications were studied in this group of patients. They were treated as per the standard treatment protocols.

Conclusion: Children with acute febrile encephalopathy associated with rash, hepatosplenomegaly and thrombocytopenia should get investigated for rickettsial fever. Timely management with doxycycline and azithromycin and supportive measures can bring excellent outcome in children with rickettsial meningoencephalitis.

Rickettsial infections are common tick, flea, or mite-borne illnesses caused by obligate intracellular cocco-bacilli belong to the family of Rickettsiaceae [1]. Organism was named after Howard Ricketts, who was the first to demonstrate the role of the dermacentor andersonii, a tick as the vector for the disease in 1906 [2]. The illnesses caused can be divided into 3 main bio groups’ spotted fever, typhus and scrub typhus groups [3]. The most frequent presenting symptoms of the illness include fever, headache, rash, and myalgias [4]. Studies found that the most common neurological features of rickettsial fever include meningitis, encephalitis, and acute disseminated encephalomyelitis [5]. Rickettsial fever has been reported to be endemic in the Himalayan belt, Maharashtra, Karnataka and many other states in India among the adult population [6]. Pediatric data on the same is limited in India and other developing countries. Clinical presentation of rickettsial diseases may vary from mild to very severe, with the casefatality rate for highly virulent rickettsiae ranging from 2% to 30% [7]. The lack of proper clinical diagnostic techniques in many countries contributes to a delay in starting treatment. This is mainly due to the fact that the only test commonly available is the Weil-Felix test, which does not lead to a definitive diagnosis. The Immunofluorescence Assay (IFA) is the gold standard test available for diagnosis, but the availability and affordability in many developing countries is the main issue with it [8].

We did observational study conducted from January 2019 to January 2020 in the Paediatric Intensive Care Unit (PICU) of Shri BM Patil Medical college and hospital, a tertiary care centre in Vijayapura, Karnataka state, India. Hospitalized children younger than 18 years of age admitted in our PICU with a clinical diagnosis of rickettsial fever were included in the study. This study forms part of the rickettsial studies that are currently being carried out, for which ethical approval was obtained from the Ethics Committee, BLDE University Vijayapur. Demographic data, clinical features, laboratory parameters, hospital course, and complications were noted. Children who were diagnosed as Rickettsial fever on clinical parameters and got confirmed by Weil-Felix test were included in the study. A titre of >1:160 of any of the three antigens were considered as positive Weil felix test. Rickettsial meningoencephalitis was diagnosed among these rickettsial fever patients in the presence of 2 of the following 3 (1) Altered sensorium/consciousness (2) Alteration in behaviour or cognition and (3) Seizures, along with CSF analysis suggestive of infection.

The Weil Felix test was performed with antigens Proteus vulgaris OX2, P. vulgaris OX19 and P. mirabilis OXK. The test was done using standard protocol with doubling dilution technique. Elevated OX K titres were suggestive of scrub typhus, elevated OX2 of spotted fever group and OX19 titres were suggestive of the typhus group. All children with rickettsial encephalitis were treated with Doxycycline (5 mg/kg/day) for 7 days along with intravenous Azithromycin (10 mg/kg/day) for 7 days. Some patients required ventilation support and some were treated with low molecular weight heparin.

Statistical analyses were performed using SPSS software v.23.0 and Microsoft office 2007. All characteristics were summarized descriptively. For continuous variables, the summary statistics of mean± Standard Deviation (SD) were used. For categorical data, the number and percentage were used in the data summaries and diagrammatic presentation.

A total of 52 children were diagnosed to have rickettsial fever admitted at PICU over two year study period from Jan 2019 to Dec 2020. Among these 16 fulfilled the criteria for Rickettsial meningoencephalitis accounting for 30.7% of study subjects. Found to be in the age group of 1 year to 12 years (median age 3 years). 9(56%) were males, 7 (43%) females (56%), most (75%) were from rural background. Table 1 shows the clinical features of children presenting to the hospital with rickettsial meningoencephalitis. These children showed clinical manifestations like fever (100%), headache (56%), convulsions (81%), altered sensorium (93%) behavioural changes (62%) and vomiting (37%). They show various clinical signs which include maculopapular rashes (75%), Eschar (25%), Skin vasculitis (18%), meningeal signs (56%), hepatomegaly (75%), and splenomegaly (68%). During the hospital course they developed complications like septic shock (37%), myocarditis (6%), acute respiratory distress syndrome (18%) and hemiparesis (18%). The Weil-Felix test showed predominantly high titres of OX 2(81.2%), followed by OX 19 (25%) and OX K (6%). Thus, spotted fever group was the most common type of rickettsial infection in the study group followed by the typhus group. CSF analysis of these children showed raised total cell count with neutrophilic predominance and raised protein. All children with rickettsial meningoencephalitis were treated with doxycycline (5 mg/kg/day) and intravenous azithromycin (10 mg/kg/day) for 14 days. Some children were treated with low molecular weight heparin as well.

Rickettsial diseases have been reported from the various parts of India and are showing a trend of re-emergence. We found an increasing trend of rickettsial CNS infection prevalence among hospitalized children in our setting. In our study, most patients were from the rural areas of Karnataka state, India. It has been observed that the rural population appears to be more susceptible to rickettsial infections [9]. We found that rickettsial infections are more common in children of age group <10 years of age. There was no sex differentiation although male children being affected more. Children with rickettsial disease presented with nonspecific clinical features which can be misdiagnosed with other causes of acute febrile illness. Rickettsial pathogens primarily infect endothelial cells causing disseminated vasculitis, which may subsequently lead to multiple-organ involvement. Involvement of the nervous system has been described in patients with scrub typhus in Sri Lanka [10-12] (Table 2).

We have noticed varied manifestations in children with rickettsial meningoencephalitis. The most common symptom observed was fever, which was seen in all cases. The duration of fever ranged from 5 days to 9 days. We need to rule out rickettsial fever in children with relatively long duration of fever. Altered sensorium was the next most common presenting symptom (93%) followed by convulsions (81%) and behavioural changes (62%). Case series Study from Sri Lanka showed the predominant symptoms in adults with rickettsial CNS infections were confusion or drowsiness (82%) and rigidity of limbs (82%). Some have presented with semicomatose condition (18%) 13. Rash was only observed in about 75% of the cases we encountered, while this ranged from 14%–83% in other studies. Headache observed in 56% of patients, mainly in children >5 years old. Skin necrosis was seen in 3 (18%) patients, resembled typical fern leaf pattern. Eschar was noticed in 25% of the patients. Systemic examination showed hepatomegaly was the common finding (75%), followed by splenomegaly (68%). South Indian studies reported a high incidence of hepatomegaly similar to that seen in our study [13,14] (Table 3).

Table 3. Spotted fever group was the most common type of rickettsial infection.

Eschar is characteristic manifestation of certain rickettsial species like R. parkeri, 364D Rickettsia, and R. massiliae and not hallmark for disease caused by R. rickettsii. A discrete maculopapular rash and occasional variations as fern leaf shape necrosis and arthritis are found in spotted fever group and histology found vasculitis as pathology of these lesions [14].

Investigations done in these children demonstrated leucocytosis (56%), thrombocytopenia (93%), hyponatremia (62%), mean haemoglobin was 9.2 gm. Thrombocytopenia and leucocytosis were common hematological findings and some patients had raised liver enzymes. This kind of blood cell count variations, metabolic derangements have been reported in the published cases of spotted fever with neurological manifestations [17-19].

Serologic evaluation of different rickettsial species will be expensive and difficult in resource limited setting. The Weil-Felix test is easy and rapidly performed test which can be implemented to substantiate the diagnosis of rickettsial fever [20].

Although the test has low sensitivity and specificity, it is a simple and cost effective test that can guide the clinician in initiating appropriate treatment. In our study we performed Weil Felix in all suspected cases. We found that OX2 positive in 13 patients (81%), OX19 in 4 patients (25%) and OX K positive in 1 (6%) patient. Mittal et al. suggest that the Weil-Felix test could be used successfully as an initial screening test. Isaac et al. observed only 30% sensitivity at a titre of 1:80, but the specificity and positive predictive value were both 100% (Figure 1). A lumbar puncture and CSF analysis is performed in all suspected cases of meningoencephalitis. It helped to establish neuroinfecion and exclude other diagnosis. CSF findings in our study were suggestive of meningoencephalitis with no definite features exclusive to rickettsial infections. The mean CSF TC was 142, neutrophil predominance in majority of cases, mild elevation of protein, mean protein being 67.8 and mean glucose 49.2. Various studies have shown CSF abnormalities such as increased cell count and increased protein levels suggestive of meningoencephalitis are seen in rickettsial fever with CNS involvement [17-19].

We have treated all our patients with oral doxycycline and IV azithromycin. Studies have shown doxycycline is the drug of choice in children. The drug has not resulted in any complications such as teeth staining or any other owing to the short duration of treatment [21]. We have continued the therapy for minimum of seven days. Along with antimicrobial therapy the supportive care plays crucial role.

Several studies showed patients with rickettsial fever have developed complications. In our study the children developed complications like septic shock (37%), myocarditis (6%), ARDS (18%) and hemiplegia (18%). One case series from France and Spain showed that severe and fatal forms rickettsial disease developed complication such as acute renal failure, myocarditis, thrombocytopenia, gastric hemorrhage, pneumonitis, shock, and multiple organ failure [22]. Raised ICP measures, managing ARDS, physiotherapy, treating shock with fluids and inotropes were the most crucial supportive therapies which brought good outcome in these children. There are some limitations in our study. We could not perform the gold standard tests like IFA, PCR or culture in our study. The diagnosis of rickettsial disease was based on clinical features and Weil-Felix test. We could include only hospitalized patients hence prevalence of the disease in the community could not be well assessed (Figure 2). The relatively good outcome of rickettsial meningoencephalitis in children is promising. Although some children developed fatal complications, timely and appropriate supportive measures have brought good outcome in all children. It emphasises the need for education about rickettsial diseases and their potential complications to primary care paediatricians and family physicians in developing countries.

Early diagnosis of rickettsial infection with CNS involvement is crucial as these can be treated effectively with inexpensive antibiotics and supportive measures. They will remain fatal with many complications if left untreated hence management at appropriate tertiary care centre will bring better outcome. 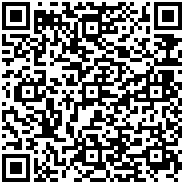