Endodontically treated teeth have significantly different physical and mechanical properties compared to vital teeth. It is assumed that endodontically treated teeth are weaker and more prone to fracture because of desiccation or premature loss of moisture supplied by a vital pulp. Posts have been advocated to strengthen weakened endodontically treated teeth against intraoral forces by distributing torquing forces within the radicular dentin to supporting tissue along their roots. The following case reports depict the interdisciplinary approach to restore function and aesthetic of severely damaged treated teeth by means of full veneer crowns after custom cast post. Coordinated by prosthetic, endodontic treatments with careful consideration of patient’s expectations and requirements were critical for a successful outcome & patient satisfaction.

Excessive loss of dental hard tissues creates difficulties for the aesthetic outcome of subsequent prosthetic restorations. In such instances, an interdisciplinary approach is necessary to evaluate, diagnose & restore aesthetic problems using a combination of endodontic and prosthetic treatment. A large variety of materials, techniques to restore structurally compromised endodontically treated teeth [1]. Post and core in endodontically teeth have been utilized for more than a century.

Post is a dental material placed in the root of structurally insufficient tooth when additional retention is needed to retain the core & coronal restoration. The objective of the post and core is primarily to replace missing coronal tooth structure sufficiently to provide adequate retention & resistance for the crown that will eventually restore the function and the aesthetic of the tooth [2,3]. Most often a metal post is used, which provides the necessary retention for the core. Cast posts and cores do not require an auxiliary retention such as pins to retain the core as in some prefabricated systems [4]. The indications for a post and core restoration are tooth with extensive crown loss, crown susceptible to cervical area fracture, grossly discoloured tooth, loss of two proximal surfaces, shortened tooth with insufficient retention form with favourable periodontal and periapical condition [5].

The fit of the post with the canal walls depends on the configuration and size of the root canal [6]. This replaces any lost coronal tooth structure of the tooth preparation. The shape of the residual coronal tooth structure, combined with the core, should result in an ideal shape for the preparation. With the two-step approach of fabricating a separate crown over a cast post-and-core, achieving a satisfactory marginal fit is easier because the expansion rate of the two castings can be controlled individually. This case report describes restoration of mutilated maxillary central incisors by using cast post and core, followed with porcelain fused to metal restorations.

A 28-year-old male patient reported to department of Prosthodontics crown and bridges in RCDSR, Bhilai with the chief complaint of faulty prosthesis (Figure 1) in upper front region of jaw since 3 weeks. On clinical examination, 11 had PFM crown 2 years back. Pre-operative radiograph (Figure 2) showed fractured 11 tooth had undergone RCT. On removal of PFM crown (Figure 3), it was seen that crown length was not appropriate. Treatment options include extraction, followed by fixed prosthesis and root canal treatment, followed by post and core were explained. Patient opted to conserve her tooth, so endodontic treatment, followed by post and core placement was decided as the treatment plan. After completion of endodontic treatment in 11, post space was prepared in 11 using Gates drills and endodontic hand instruments to accept post. The canal was prepared so as to have a 5 mm of apical gutta-percha to maintain the apical seal. The apical seal and remaining endodontic obturation was confirmed on radiograph. The canal space was lubricated using petroleum jelly and impression of post space was made by direct technique using autopolymerising resin (pattern resin). The autopolymerising resin was carried into the canal and supported by plastic pattern (Figure 4 and Figure 5). Core build-up was also done with autopolymerising resin. Crown preparation for porcelain fused to metal crowns was done on 11. Impression was made in irreversible hydrocolloid impression material and casts was prepared type III dental stone. Provisional restorations were fabricated and looted with non eugenol cement. Post with core pattern was invested immediately and casting was done with special precaution of mixing distilled water with investment taken to avoid of expansion of mould. The cast post and core was cemented with glass Ionomer cement (Figure 6). Final impression was made in polyvinyl siloxane impression material (3M). The shade for the ceramic was matched from adjacent teeth. Individual porcelain fused to metal crowns was made for 11 and cemented using glass Ionomer cement (Figure 7). A post-and-core restoration is placed in a badly broken-down tooth to restore the bulk of the coronal portion of the tooth to facilitate the subsequent restoration of the tooth by means of an indirect extra coronal restoration. In this case series a custom-cast posts and cores were considered a state of the art for rebuilding endodontically treated teeth. Nowadays, prefabricated posts are becoming much more popular than custom-cast posts and cores [7]. But Cast posts and cores have its own advantages; they include preservation of the maximum tooth structure as the post is fabricated to fit the radicular space with a superior adaptation to the root canal [8]. As core is an inherent part of the post, it does not need to be retained by the post. The anti-rotational property is also an additional advantage [9]. However; it has a disadvantage of involving multiple-visit procedures. Prefabricated cylindrical posts, on the other hand, rely principally on the cement for retention. Disadvantages of this type of posts include decreased core retention to the post and the potential for rotation [10]. As treatment goals must be based upon a multitude of factors and are specific for each patient. The status of the root to be restored is considered to be critical [11]. A brief review of the major concerns in radicular anatomy before restoring an endodontically treated tooth is indicated if a post is to be used. The post preparation should minimally alter the internal anatomy of the root canal. It is essential to leave adequate dentine for support and distribution of post stresses. The above technique helps in achieving the internal reinforcement by posts to the residual root that provides retention and adds stability to the prosthesis.

The number of endodontic procedures has increased steadily in the past decades with highly predictable results. Therefore, restoration of teeth after endodontic treatment is becoming an integral part of the restorative practice in Dentistry. The treatment described in the case reports is simple and effective also represents a promising alternative for rehabilitation of grossly destructed of fractured teeth. This technique of custom made post and core has shown promising results has presented. 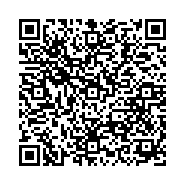