Objective: To learn about ADRs of antibacterial drugs in our Hospital and to provide references for rational drug use.

Results: 45 kinds of drugs were involved among the 469 ADR reports, with a larger proportion of drugs for children (29.54%); the major route of administration was intravenous (73.26%); lesion of skin and its appendages were main clinical manifestations (61.35%), which was 25.00% of the total number; Levofloxacin and Azithromycin have ADR incident rates.

Conclusion: Causes for ADRs of antibacterial drugs are complex, so medical workers should enhance the supervision over the antibacterial drugs, deepen their understanding of ADRs, and take necessary interventions to reduce or avoid the occurrence of ADRs as much as possible.

Infectious diseases are common clinically and antibacterial drugs play an important part in various infectious diseases since they had the most clinical consumption [1-3]. With increased types of antibacterial drugs of different specifications, the incidence rate of ADR has been increasing up to now [4,5]. This research analysed 469 ADRs reports of antibacterial drugs, serving as references for rational use of antibacterial drugs. Though we have found that many ADRs reports or research had reported their own numbers or characteristics, however, the number of some antibiotics was different and the interaction of the drug and the patient was varied greatly from others, thus we make a report of ADRs in our hospital by utilizing the ADRs data from the incidence department of our hospital.

469 ADR reports of antibacterial drugs from those being reported to National Center for ADR Monitoring by our Hospital between January 2015 and December 2016, all of which met the diagnostic criteria for ADRs.

Retrospective analysis was conducted by gender, age, kinds of antibacterial drugs, routes of administration, ADR-involved organs or systems, major clinical manifestations, prognosis and alike [6,7]. The classification criteria for antibacterial drugs consult’ Clinical Guide to Pharmacopoeia of the People's Republic of China (Chemical Drugs and Biological Products Volume)’ as reference. Types of ADR-involved organs or systems are based on WHO Adverse Reaction Terminology. Relevance evaluation of ADR under the criteria which are set by CFDA National Center for ADR Monitoring, China.

SPSS 20.0 was used to process the data, and verify the enumeration data with χ2. The difference showed statistical significance (P<0.05).

Table 2. Adverse reactions report by the classification of delivery system.

Among the 469 ADR cases, cephalosporins was the major part, with 152 cases in total (32.4%), followed by 25 kinds, including β-lactams, β-lactamase inhibitors, fluoroquinolones, nitroimidazoles, macrolides, glycopeptides, and Penicillins (Table 3).

Table 3. Adverse reactions report by the classification of drugs.

For this group of patients, the ADR of antibacterial drugs were clinically manifested by lesion of skin and its appendages as the ADR-involved organs or systems, with 197 cases in total (31.6% Table 4).

Table 4. Adverse reactions report by the classification of organs and systems.

It might explain the female’s higher ADR rate of the antibacterial drugs than the male that the physiological characteristics made the difference [8,9]. Since females have larger fat distribution then males, the lipid-soluble drugs are easy to be kept in the body, the female has longer drug half-life than the male under the same drug dose, and the plasma-drug concentration increased [10,11]. And adverse reactions are easy to occur during special periods of the female (such as menstrual period, gestation period, and suckling period) [12]. Besides, as the age grows, old patients have decreased organ functions, lower liver blood flow, weaker activity of liver enzyme, and reduced tissue and organ functions, which influence the drug metabolism [13-15]. 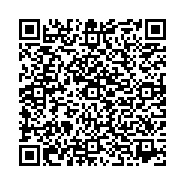