Etiology for transverse deficiency is multifactorial1. One of the better ways to alleviate the deficiency is Rapid Palatal Expansion (RPE). Chaconas and Caputo stated that the main resistance to rapid palatal expansion forces wasn't the suture but other articulations within the maxilla, like the zygotic and spheroidal sutures. Conventionally, Surgically Assisted RPE (SARPE) has been applied to beat the decreased elasticity of bone and increased resistance of interdigitated mid-palatal suture in adults.

Currently, Temporary Anchorage Devices (TAD) have been applied to correct this transverse deficiency in adult orthodontic patients. In recent years, a palatal expansion design has been developed with a jackscrew attached to the palatal vault by means of temporary anchorage device. Lee et al. reported a clinical report with miniscrews within the paramedian area for a bone-borne expander connected to teeth. Lagravere et al. have assessed the effect of boneborne expansion appliance with palatal slope anchor. The treatment effect of RPE are extensively studied through various methods including analysis of photoelastic models, laser holography, and 3D finite-element (FE) models. Treatment effect of MARPE Type 1 & 2 compared for biomechanical variables like displacements, strains and stresses through the FE models in our study.

Recent histological studies revealed that only the anterior third of the suture was ossified in human beings older than 70 years, although ossification appeared complete on radiographs. Histological studies have demonstrated that caution should be taken when defining the stage of ossification using imaging exams.The selected expander should have the greatest expansion capacity and at the same time should maintain ideal vertical distance from the palatal mucosa.

Since conventional rapid palatal expanders that are either tooth-borne (hyrax type) or tooth and tissue-borne (Haas type) cause questionable effects on the basal bone, a rigid element that delivers the expansion force on to the basal bone might be an answer . For this purpose, a Miniscrew-assisted Rapid Palatal Expander (MARPE) was designed and utilized in an adult patient. From now of evidence MARPE gained popularity and various designs evolved for treating thereafter.

Previously reported studies about MARPE addressed its potential efficacy for treating transverse discrepancies. There were studies associated with MARPE by comparing it with other expanders for palatal expansion which were used traditionally. Also FEM studies were done to evaluate the stress distribution associated with MARPE during maxillary expansion. Also studies were done recently on the effect of varying degrees of cortical anchorage of the implants.

Taken all these factors into consideration, our study was aimed to evaluate and compare not only the stress distribution but also the strain energy and displacement level achieved from initial to maximum activations, when screws of two different dimension were used to anchor the appliance to the palatal bone. 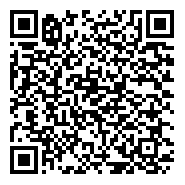