In the past few decades, radiation treatment has undergone a number of revolutions, and now, techniques like intensity-modulated radiation therapy make it possible to achieve extremely conformal radiation dose distribution (IMRT). For radiation treatments, more advanced patient localization and beam aiming techniques are required because to the increased dose conformity and steep dose gradients. Internal organ displacement between fractions and internal organ motion inside a fraction are factors affecting the repeatability of target position both during and between successive radiation treatment fraction.

Radiation therapy, often known as radiotherapy or RT, is a treatment that uses ionising radiation to control or destroy cancerous cells. It is typically administered as part of cancer treatment and is frequently abbreviated as RT, RTx, or XRT. If a cancer is restricted to a single part of the body, radiation therapy may be curative. It can also be used as adjuvant therapy to stop tumour recurrence following primary malignant tumour removal surgery (for example, early stages of breast cancer). In tumours that are susceptible to chemotherapy, radiation treatment has been utilised before, during, and after the chemotherapy. Radiation oncology refers to the branch of oncology that deals with radiotherapy [1]. As a result of its capacity to regulate cell proliferation, radiation treatment is frequently administered to malignant tumours. Ionizing radiation kills cells by destroying the DNA of malignant tissue. Shaped radiation beams are directed from many angles of exposure to intersect at the tumour, producing a considerably higher absorbed dose there than in the surrounding healthy tissue, in order to spare normal tissues (such as skin or organs which radiation must pass through to treat the tumour). If the draining lymph nodes are clinically or radiologically associated with the tumour, or if there is a possibility of latent malignant dissemination, the radiation fields may additionally include those nodes in addition to the tumour itself [2]. In contrast to radiology, which uses radiation for imaging and diagnosis in medicine, radiation oncology is the branch of medicine that deals with prescribing radiation. A radiation oncologist may prescribe radiation with the goal of curing cancer curative or as adjuvant therapy. It can also be used therapeutically or as palliative care. When a cure is impossible and the goal is local disease control or symptom reduction. Where the therapy has survival benefit and can be curative. Combining radiation therapy with surgery, chemotherapy, hormone therapy, immunotherapy, or some combination of the four is also rather frequent. Radiation therapy can be used in some capacity to treat the majority of prevalent cancer forms [3]. The kind, location, and stage of the tumour, as well as the patient's overall health, will determine the particular treatment intent (curative, adjuvant, neoadjuvant therapeutic or palliative). Radiation therapy called total body irradiation (TBI) is used to get the body ready for a bone marrow transplant. Another type of radiation therapy that reduces exposure to healthy tissue during procedures to treat malignancies of the breast, prostate, and other organs is brachytherapy, in which a radioactive source is put inside or close to the area that has to be treated. Radiation therapy has many uses in the treatment of non-cancerous conditions, including the prevention of keloid scar growth, vascular restenosis, and heterotopic ossification, as well as the treatment of trigeminal neuralgia, acoustic neuromas, severe thyroid eye disease, pterygium, and pigmented villonodular synovitis [4]. A cancer's radiosensitivity describes how it reacts to radiation. Modest radiation dosages quickly kill cancer cells that are highly radiosensitive. Leukemias, the majority of lymphomas, and germ cell cancers are among these. Since most epithelial tumours are only moderately radiosensitive, a radical cure requires a much greater radiation dose (60?70 Gy). Some cancers are especially radioresistant, meaning that considerably greater doses than are likely safe in clinical practise are needed to provide a drastic cure. Radiation therapy is still a palliative option for many patients with metastatic melanoma despite the fact that radiation resistance is typically associated with renal cell carcinoma and melanoma [5].

It is critical to distinguish between a tumor's radiosensitivity, which is largely a laboratory measurement, and a cancer's radiation "curability" in actual clinical practise. Radiation therapy, for instance, typically cannot treat leukaemias since they have spread throughout the body. If lymphoma is limited to a single location of the body, it may be completely treatable. Similar to this, if a tumour is common and moderately radioresponsive, it is frequently treated with curative dosages of radiation therapy. For instance, non-melanoma skin cancer, cancers of the head and neck, breast, non-small cell lung cancer, cancers of the cervix, ana, and prostate. 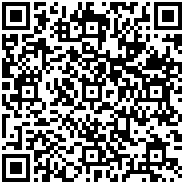