Presence of Pesticide Residue in Fruits and Vegetables and Their Effect on Human Health: A Review

Pesticides are commonly used to remove pests from the standing crops, if not taken care of these pests can severely affect the crops and reduce agricultural output. The concept of pesticides has been in existence since 2000 BC. In the Sumer civilization of ancient Mesopotamia around 4,500 years ago sulfur dust was used as a pesticide. Rigveda also mentions the use of plants that were toxic to pests [1]. Pests like weeds, plant diseases and insects are a challenge to farmers. Every year about 45% of production is lost due to pest infestation. In order to reduce these losses, different types of pesticides are used (Table 1). Annually about 2 million tons of pesticides are used around the globe. China stands 1st followed by the U.S.A, Argentina and India occupy 12th position in pesticide use [2]. Paddy and cotton occupy a major portion of pesticide use i.e. 18 and 50% of the total, though they cover only a small portion of the cropped area [3].

Table 1. Different types of pesticides on the basis of their functions (Maurya & Malik, 2016).

Monocrotophos, Acephate, Endosulfan, Carbofuran, Chlorpyrifos, Lindane, etc. are some of the commonly used pesticides around the globe. There are several criteria for the classification of pesticides ranging from the target organism & to the type of crop [4,5].

On the basis of chemical nature, pesticides can be classified as:

Organochlorines: consists of chlorinated compounds. They are persistent and accumulate in adipose tissues. e.g., Hexachlorobenzene [6].

Organophosphates: derivatives of phosphoric acid and they have direct effects on CNS. e.g., Malathion [8].

Fate of pesticides in soil

When a pesticide is applied to crops it is affected by several processes including breakdown, adsorption, degradation and transfer. Transfer processes include adsorption, spray drift, leaching, volatilization and runoff [9]. Through adsorption, the pesticide binds to soil particles and this depends on the type of soil, type of pesticide, moisture content and pH of soil. The pesticide that is adsorbed is neither leached nor taken up by plants [10]. Through volatilization, the solid or liquid pesticides change their form and get converted to gaseous form as a result of it they move away from the site of application resulting in vapor drift. This can damage the nearby crops [11]. When the dust or droplets of pesticide move through the air away from the site of application it is referred to as Spray Drift. This drift can damage or contaminate nearby crops and can severely affect the environment [12]. When pesticide moves over a slope along with the water it is referred to as runoff. It results in the contamination of ponds, streams, lakes & rivers [13]. When water moves through soil and contaminates the groundwater it is known as leaching. It mostly occurs in the case of water-soluble pesticides and sandy soil [14]. Sometimes plants uptake the pesticides present in the soil, they either get degraded but there are some pesticides that are resistant to degradation; consumption of these plants in any form causes their accumulation in living tissues resulting in toxicity [15].

There has been a constant rise in the detrimental effects of pesticides on human health. Pesticides enter our body via food i.e. fruits or vegetables, polluted water, direct contact, and the after-effects can be acute as well as chronic [16]. Acute illness develops shortly after the contact and is characterized by dizziness, nausea, tremors, headaches, panic attacks, etc. Continued exposure often results in chronic illness characterized by hormonal imbalances, respiratory diseases, neurodegenerative disorders, cancer, birth defects, diabetes, reproductive disorders, and renal disorders [17].

Pesticides enter the human body via dermal, oral, or inhalation exposure. Dermal exposure mostly occurs during the handling and mixing of pesticides. Exposure via inhalation occurs when pesticides are in form of dust, vapor, or fine powder. Different pesticides and their metabolites affect different body parts, for example, DDT affects sexual development in humans, and chlorpyrifos affects the nervous system [18].

Another disorder associated with organophosphate exposure is OPIDP (Organophosphate Induced Delayed Polyneuropathy). It results in loss of senses, muscle weakness, and tingling of hands. These symptoms are visible after a single exposure [22].

Free radicals are chemical species with an unpaired electron in their outermost shell, these unpaired electrons are highly reactive, and they easily accept or donate an unpaired electron to become a stable molecule. Oxygen is required for almost every activity that our body performs like oxidation, respiration, and energy generation. Under normal circumstances, O2 can accept 4 electrons resulting in the formation of two water molecules. Under special circumstances, this balance is disturbed leading to the formation of ROS [25]. ROS is capable of causing oxidative damage to biomolecules like lipids, and proteins. Lipids present in cell membranes are more susceptible to this kind of attack as they are rich in methylene groups. All these processes proceed to peroxidative damage [26]. Counteractive mechanisms are present in the human body for neutralization of damage but an imbalance in these mechanisms results in lipid peroxidation. This increases the fragility of erythrocytes and alters the fluidity of the erythrocyte membrane [27]. Organophosphate pesticides can alter glucose homeostasis resulting in the development of insulin resistance, diabetes, pancreatitis, and DNA damage. Thus, oxidative stress can play an active role in the progression of multiple diseases [28].

Chronic exposure to pesticides results in respiratory, immune, nervous & reproductive disorders (Table 2). They can cause direct damage to the reproductive system or disturbs the endocrine balance resulting in indirect damage. Pesticides are also known as endocrine disrupters as they severely affect the hormonal pathway by affecting the release of Gonadotropin- Releasing Hormone, Follicle Stimulating Hormone & Luteinising Hormone [29]. In males, the testis is solely responsible for the synthesis of steroid hormones and the formation of sperms. Different pesticides have different effects on the male reproductive system. Ref in table [30]. In females, pesticides disturb ovarian physiology and alter the secretion of hormones. Alteration in the hormonal system disturbs the maturation of follicles, the ovarian cycle, stillbirth, infertility, and prolonged pregnancy [31].

For the development and progression of cancer occupational exposure is a major trigger. Exposure occurs mainly via dermal contact, inhalation, or ingestion [32]. Exposure to high concentrations of pesticides within a short span results in acute disorders, the chronic effects of exposure are observed after a few months or even years. Occupational exposure is also a major concern and major risk groups include workers of the production unit, transporters, distributors, and field workers [33].

Free radicals arising from oxidative damage cause damage to biomolecules, depletes the concentration of antioxidants present in the cell, damages DNA, induces mutations, and cause breaks in DNA & chromosomes. This xenobiotic also affects the functioning of glands like the thyroid, pituitary & hypothalamus glands, and affects the synthesis and action of hormones [34]. These pesticides also cause immunosuppression, all of these effects result in the development and progression of cancer [35].

Pesticides can lead to the development of about 45 types of cancer out of which bladder cancer, prostate cancer, myeloma & non-Hodgkin lymphoma are the most common. Multiple myeloma is hematopoietic cancer and is most commonly reported in farm and factory workers [36].

Carcinogens can be divided into 4 categories:

Group A: Relationship between cancer development and exposure to these carcinogens is backed by several epidemiological studies. Most the pesticides are excluded from this category except Ethylene oxide which is used as a fumigant [37].

Group B: Relationship between cancer development and exposure to these carcinogens is backed by animal models but there is a lack of epidemiological studies. About 28 pesticides belong to this category including Aldrin, DDT, Telone, Fenoxycarb, Lindane, Flopet, Lactofen, PCP, etc. [38].

Group C: Relationship between cancer development and exposure to these carcinogens is fewer studies as animal studies provide limited data and there is no data related to epidemiological studies. About 15 pesticides belong to this category including Atrazine, Bromacil, Diclofol, Fipronil, Isoxaben, Moline, Parathion, Phosmet, etc. [39].

Group D: There is no data related to this group and no pesticide falls under this category.

Excess use of pesticides not only affects the quality of soil over time but also affects the health of the individuals involved. Different countries use different kinds of pesticides which have varied effects on the human system. Due to a lack of suitable alternatives stopping the use of these pesticides is not possible but certain strategies can be adopted for reducing their use as well as the toxicity caused by them [40].

It involves prohibiting the use of all kinds of synthetic chemicals for increasing productivity. These practices rather depend on biological and mechanical ways. At present, about 24 million hectares of land are used for organic farming around the world. Organic farming is based on 4 principles namely: Principles of health, ecology, fairness, and care. The output of organic farming is more nutritional, free from toxins, energy, cost-efficient, environmentally friendly, and improves the quality of the soil. Some crops can even aid in carbon sequestration. It is a step towards long-term sustainability that will not only protect us from the toxic effects of pesticides but will save the environment from further degradation. But like every other method it also has some limitations like it is time-consuming, productivity is low and the requirement for skilled labor [41,42].

Processing of agricultural produce includes washing, peeling, grinding, boiling, fermentation, drying, and canning. Pesticide residues that are present on the surface can be removed with washing which is the most common practice adopted in households for cleaning agricultural produce. Several sanitizing solutions are also available on market for cleaning. The efficiency of washing is dependent on several factors like the type of solution used for washing, type of pesticide, contact time with pesticide & nature of the agricultural product [43]. The majority of pesticides are not able to penetrate through the skin of fruits and vegetables, peeling them are also a suitable option. About 70% of the residues can be removed simply by peeling [44].

Cooking also reduces the concentration of pesticides present in food. Processing of food via boiling can remove about 35- 60% of OP residues (Organophosphate) [45].

Rational use of Pesticides

Chemical fertilizers and pesticides not only affect human health but also have adverse effects on soil fertility and the environment. They cause bioaccumulation in humans and other animals, reduce fertility over time, contaminate groundwater and cause degradation of soil. To reduce the ill effects, their rational use is recommended, this approach involves the selection of appropriate pesticides, their proper dilution, management of dosage rates, application frequency, and method of application. All these approaches can effectively limit residues in agricultural products. In some cases, they can also be replaced with biopesticides [46].

Out of total plant protectants used around the globe biopesticides’ share is only 2 %. But in recent years the global production has reached over 3,000 tons annually. The use of biopesticides is advancing at a rate of 10% per year [47]. Biopesticides are of three types namely microbial, biochemical and plant-incorporated pesticides. Microbial pesticides are highly selective and include bio fungicides (Pseudomonas), bioherbicides, and bioinsecticides. Among all microbial pesticides Bacillus, thermogenesis is commonly and accounts for 90% of all biopesticides currently used [48]. Herbal extracts can also be used for the management of pests. These alternatives not only reduce pest infestation in crops but also prevents bioaccumulation of chemicals in agricultural products [49].

Though pesticides have an important role to play in agriculture but the harm it poses cannot be neglected. They pose acute risks as well as chronic effects ranging from neurodegenerative disorders, oxidative stress, infertility in both males and females, tumors, and cancer of all types. But to meet the growing demands and to feed the growing population high agriculture output is desired for which we are dependent on pesticides. Since there is no suitable alternative present so complete boycott is also not possible. But combining all alternatives may yield fruitful results. Reducing the use of pesticides and replacing them with biopesticides, adapting to sustainable agricultural practices and organic farming, and proper washing and processing of food before consumption can help to reduce damage. More focus is required on the development of biopesticides so that dependency on chemicalbased pesticides can be reduced. 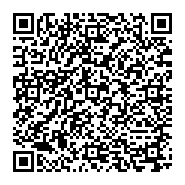