Background: Endodontically treated Teeth often require post and core restoration for retention purposes because of extensive structural defects resulting from caries and Access cavity preparation there are various types of post and core materials used and each of them possess unique properties. Through this study we aim to evaluate the percentage of patients receiving prefabricated metal post as the post endodontic restoration. Methods and Materials: The total sample size of the study was 1730 patients. This was a comparative, descriptive study, where all the data of the patients who reported to the dental clinics in Saveetha dental College, Chennai, India was obtained from the Dental Information Archiving Software (DIAS). Patient record was collected between March 2020 and March 2021. Data was collected and tabulated. The collected data was further analysed, recorded in Microsoft Excel software and was subjected to statistical analysis using IBM SPSS statistics analyzer v.23.0.Chi square test was done with statistical significance p<0.05. Results: Out of the 1730 patients, 46.1% of the patients belonged to the 36-55 years age group. Among male and female, an almost equal predominance was found between the two in receiving post and core as a post endodontic restoration and among the various types of post and cores, 47.5% of the patients received prefabricated metal post. The association of the type of post and core with age and gender respectively, was found to be statistically significant P<0.005. Conclusion: From the study, it was found that the percentage of patients receiving prefabricated metal post was higher than those receiving prefabricated fibre post and custom-made post.

Restoration of an endodontically treated tooth is extremely important as it impacts the long term prognosis of the tooth [1]. Root canal treated teeth are often associated with loss of coronal and radicular tooth structure from the preexisting restoration, caries or access preparation [2]. The primary purpose of a post is to retain a core in a tooth with extensive loss of coronal tooth structure. The post retains a core and the core retains a tooth [3]. Generally, a post space is to be created in the root canal in order to hold the post. However, the post space shouldn’t be enlarged as there will be too much loss of radicular Dentin which weakens the tooth and hence increases the chance of fracture [4].The post space is created by removing Gutta Percha from the root canal either using heat or chemical aid. It is best to remove Gutta Percha with rotary instruments. It is recommended that 4 to 5mm of GP remain in the apex to provide adequate seal and to have a post of length equal to 3/4th of the root canal [5]. The factors which are responsible for the resistance and retention of the post include the length, diameter and taper of the post, the luting cements and whether the post used is active or passive. The different kinds of post available or active and passive post, parallel and tapered post, prefabricated and custom-made post, ceramic and zirconia post [6]. Comparing the different types of posts available, metal post and core seemed to be standard in endodontics. Lately newer Materials have been introduced in the cast post system like fibre post, ceramic post, zirconia post etc. [7]. Our team has extensive knowledge and research experience that has translate into high quality publications [8-17]. The aim of the study is to evaluate the percentage of patients receiving prefabricated metal post as their post endodontic restoration [18-27].

This research study was defined as a descriptive study where all the patient’s data who reported to saveetha dental college and hospitals, SIMATS, Chennai, India and were diagnosed with pulpitis were obtained from the Dental Information Archiving Software (DIAS).

This study setting was a university setting and the research study was conducted in the dental clinics of Saveetha Dental College. This setting came with various pros and cons. The pros included the presence of a larger population and an abundant availability of data. Some of the cons included the study taking place in a unicentric setting and possessing a very limited demographic. This population was selected from the patients over the age of 18-67 years who visited the undergraduate and postgraduate dental clinics in Saveetha Dental College. The approval to undertake this research study had been approved by the Ethical Board of Saveetha University (applied). n = 1730 cases were reviewed and cross verification was performed by an additional reviewer. The minimization of sample bias was performed by an additional reviewer, acquiring all the data from within the university and as an additional measure, simple random sampling was performed. There was a presence of high internal and low external validity. Sample collection was performed from March 2020 to March 2021.

The data was then arranged in a methodical manner using Microsoft Excel software and was tabulated on the basis of 3 parameters namely, age of subject, gender of subject and type of post used as post endodontic restoration. The data was validated by an additional reviewer. Any incomplete or censored data that was present in the collected data was excluded from the study.

The data for this retrospective study was based on residents of Chennai seeking treatment at private dental College and Hospital in Chennai. Currently there are no studies showing the prevalence percentage of patients who received prefabricated metal post endodontic restoration.

Metal posts or known to be standard posts that are used in dentistry. These are in use from a very long time and or the conventional post. These posts have their disadvantages such as root fracture, micro leakage, metal corrosion etc. The metallic corrosion product weakens the dentin and the interface between the post and the prepared canal hence resulting in fracture. Fibre post is ready to use, saves time and can be easily retrieved from the canal. They aren’t retrieved in one piece like a cast or prefabricated post; best are removed from the Canal by drilling down directly through them. Although fibre posts or newer, reliable and easy to retrieve, metal posts are used in large numbers as they are the standard in endodontics.

From the current study, it was noted that among the various kinds of post and core systems available, prefabricated metal posts were most commonly employed as a post endodontic restoration.

The authors sincerely acknowledge the faculty Medical record department and Information technology department of SIMATS for their tireless help in sorting out data’s pertinent to this study. 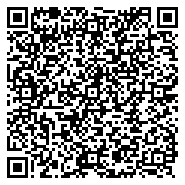