Background: Post-retained crowns are indicated for endodontically restored teeth with severely damaged coronal tooth structure. Endodontic posts may be cast with the metals, but these noble metal alloys have shown certain limitations over the years and hence fibre reinforced fibre post and core came into use in recent times. The ability to predict its prevalence may pave the way towards better coping strategies and help dentists in proper treatment decisions. Aim - The aim of this study is to assess the percentage of patients receiving prefabricated fibre post and core as post endodontic restoration. Materials and method: All the cases referred from the month of September 2020 to February 2021 for post endodontic restoration were chosen for the study. Data was collected from the dental hospital record system. Sample size of the study is 525 patients. Result data was tabulated in excels and imported to SPSS for correlation and association. Chi square test was performed for statistical significance. P<0.05 was considered to be the level of statistical significance in this study. Results: Within the limits of the present study, it was determined that 45% patients received prefabricated fibre post and core as post endodontic restoration with high male preponderance in the age group of 15 to 30 years. The probability value of the study is p=0.035 and hence the study is statistically significant. Conclusion - Knowledge about the preference in post endodontic treatment among different age groups and gender will be helpful to the clinician in planning the treatment protocol.

Root canal treated teeth are highly prone to fracture due to a variety of factors such as extensive tissue loss, loss of moisture content, and flexibility as well as decrease in resistance due to endodontic access preparations [1]. When a large amount of the clinical crown structure has been lost due to damage, it becomes impossible to achieve the sufficient anchorage of a restoration in the remaining dentin. Consequently, it is rather common for endodontically treated teeth to receive full coverage restorations to ensure that they show better resistance to external forces [2]. Furthermore, the rate of complications associated with the prosthetic restoration on a root canal treated teeth has been reported with a higher incidence, resulting in tooth loss. This shows that care is to be exercised when confronted with challenging cases where endodontically treated teeth are accompanied by hard tissue loss with extensive magnitude [3].

The advantages of post endodontic restorations are that they are less invasive and provide retention to the natural tooth even after the severe tissue loss [4]. A post and core is a restoration used to build up enough tooth structure for prosthetic restoration with a crown when there is loss of the coronal tooth portion, due to loss of tooth structure to either decay or fracture. An anchor placed in the tooth root following a root canal to strengthen the tooth and help hold a crown in place. The indications for a post and core restoration are tooth with extensive coronal tooth structure loss, crown susceptible to cervical area fracture, grossly discoloured tooth, loss of proximal surfaces [5].

One of the functions of post-and-core systems is to improve the tooth’s resistance by dispersing the functional forces along the root length [6]. This helps in replacing any lost coronal tooth structure after root canal treatment. The shape of the residual coronal tooth structure, combined with the core, should result in an ideal shape for the preparation [7,8]. Endodontic posts can be casted with metals such as gold and nickel-chromium posts, or it is also available as prefabricated, such as titanium and stainless steel posts. The noble cast metal alloys post and core have reported high clinical success rates and demonstrate high fracture resistance but they cannot be preferred in the anterior tooth region due to esthetic problems. Recently, nonmetallic posts such as fibre posts and ceramic posts have been introduced as alternative materials.

The present study was conducted as a retrospective cross sectional study to assess prevalence of prefabricated fibre post and core as post endodontic restoration in patients visiting the dental hospital. A randomised sample of patients who had reported for post endodontic restoration was chosen for the study. The study took place in a private college hospital setting within the university. The retrospective data obtained from the institution was being ethically approved and the number of people involved in the study includes 3 members - Guide, researcher, reviewing expert.

All the patient case records were reviewed and analysed for the study. All the cases referred for post endodontic restoration from the month of September 2020 to February 2021 were included for the study. The records of all patient data were reviewed from initial to last and were arranged in chronological order. Sample size n=525 patients. The data collected includes the demographic details, treatment undertaken for the patient. All the treatment report data were properly reviewed and cross verified by another examiner. Sampling bias was minimised by simple random sampling. Internal validity is applicable to the study.

The collected data includes patients who reported for post endodontic restoration. Gross incomplete data was excluded as it affects the study. Excel tabulation of all the verified data and importing to the Statistical Package for Social Sciences (SPSS) software, version 1.0.0.1327 64 bit edition(IBM corp., NY, USA) for the statistical tests was done. The data was assessed by being subjected to descriptive analysis with the help of frequencies, percentage and analysed by running descriptive statistics in the form of crosstabs. Independent variables in the study include ethnicity, age, frequency and gender and the dependent variables include post endodontic restoration. Non parametric test - Chi square statistical test was done and the results were correlated and associated. Statistical significance was set at p<0.05.

The study evaluated the percentage of patients receiving prefabricated fibre post and core as post endodontic restoration. A total of 525 treatment records were included in this study. The statistical software SPSS was used for the descriptive and inferential analysis. Results on categorical measurement were presented in percentage (%). Level of significance was predetermined at the probability value of P=0.05 and any value 0.05 was considered to be statistically significant. Figure 2:Bar graph showing the age distribution in patients receiving post endodontic restoration. X axis represents the age prevalence in patients undergoing post endodontic restoration and the y axis represents the number of patients. There is a significantly higher incidence of patients undergoing prefabricated fibre post and core treatment in the age group of 15 to 30 years when compared to other age groups. Chi square statistical test was done and the p value was found to be 0.02(p value 0.05, statistically significant). Figure 4:Bar graph showing the association between site prevalence and patients receiving post endodontic restoration. X axis represents the prevalence of the site in patients receiving post endodontic restoration and the y axis represents the number of patients. There is a significantly higher incidence of prefabricated fibre post and core treatment undergone in the anterior site when compared to other posterior regions. Chi square statistical test was done and the p value was found to be 0.01(p value 0.05, statistically significant).

Endodontically restored teeth are brittle and prone to fracture [14]. A post-and-core restoration is placed in a badly brokendown tooth to restore the bulk of the coronal portion of the tooth to facilitate the subsequent restoration of the tooth by means of an indirect extra coronal restoration [15]. Therefore post placement is necessary for the substantial tissue loss, increasing the fracture resistance of the teeth and providing retention for the core material. Cast posts and cores have their own advantages; they include preservation of the maximum tooth structure as the post is fabricated to fit the radicular space with a superior adaptation to the root canal. 11 As core is an inherent part of the post, it does not need to be retained by the post. The anti-rotational property is also an additional advantage. Traditionally, prefabricated posts were made with the metal, which is sometimes visible through the structure of endodontically treated teeth commonly in the anterior region. Carbon fibre posts are among the many prefabricated fibre post and core systems which were introduced to reduce the failure rate of post-retained restored teeth [16]. In addition, quartz and glass fibre posts embedded in a filled resin matrix have been developed to fulfil esthetic requirements [17,18]. The present study was to assess the percentage of patients receiving prefabricated fibre post and core as post endodontic restoration.

The present study has shown that the percentage of patients receiving prefabricated fibre post and core is 45% which is comparatively less to the metal post and core (47%) and the least prevalence was custom made post (7%) (p <0.05). Merchant et al also reported that prefabricated metal post and core have high prevalence when compared to the other post systems [19]. Glass fibre and metal screw posts were prospectively analyzed over a period of 5 years after which the survival rate of glass fibers was found to be 71.8% [20]. The reason can be that metal posts have a long history of usage and it can be used in cases with severe loss of tooth structure. But the earlier studies have reported that metal posts have reported lots of failures over the years of treatment [21,22]. In terms of crown fracture, marginal integrity and mobility of the teeth the metal posts have reported with more failures. Hence, recently the fibre posts are gaining attention but these metal posts are still preferred for its strength to withstand the masticatory force in the posterior tooth region.

In our study, prefabricated fibre post and core was done highly in the age group of 15 to 30 years (p<0.05). This result is in contrast to some studies which reported that the middle aged group population has the highest prevalence of post treatment, since at this age; it is more prone to caries as it gets weakened [23]. Also the need to be aesthetically pleasing is high at the young age when compared to the middle age group. In our study the least prevalence of posts was found in the geriatric patients. This can be due to the loss of most of the teeth at this age due to weakened periodontium [24]. Prefabricated fibre posts were more commonly seen in the male patients than the female patients (Figure 3) (p<0.05). The reason can be that there is more extensive damage in male patients due to poor oral hygiene maintenance when compared to female patients who take more interest in oral health, hence requiring post and core.

This present study will have a huge impact in creating awareness to the dentist about post and core and its prevalence among different gender and age groups. There is a geographic limitation to the study as it predominantly covers the South Indian population and it is also a unicentric study. The sample size was small and follow up of the outcome was not recorded. This can be modified by performing longitudinal and periodic studies to evaluate the possible advantages and disadvantages of fibre post and core and its clinical application. This study gives valuable information to oral health planners in proposing strategies for the development of oral health management.

Within the limits of the present study, there is a significant number of patients receiving prefabricated fibre post and core with a higher male preponderance in the age group of 15 to 30 years. Further long term studies which record the outcomes of each post endodontic restoration is required to determine the actual effectiveness of each post and core.

The authors would like to acknowledge the help and support rendered by Saveetha Dental College and Hospitals, Saveetha Institute of Medical and Technical Sciences, Saveetha University, Chennai.

The present study is funded by

The authors declare no potential conflict of interest. 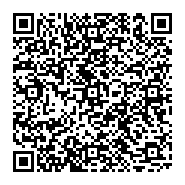