Nutritional epidemiology advances in the investigation of nutritional density.

To enhance the science of food patterns in epidemiological research, the objective is to clarify, refine, and priorities methodological problems. Despite the fact that the focus was on how to develop methodologies for analyzing the association between dietary patterns and cancer risk, many, if not all, of the debates and findings are applicable to other health outcomes. It is considered as methodological improvements necessary to integrate these notions in dietary patterns research, given that dietary intake is both multidimensional (i.e., it is a complex, multi-layered exposure and behavior) and dynamic (i.e., it fluctuates over time and the life course). This emphasizes the need of including multidimensionality and dynamism into how dietary patterns are measured and characterized, as well as how links between dietary patterns and health outcomes are modeled, in order to expand approaches in dietary patterns investigation [1].

The majority of the evidence supporting diet and cancer prevention comes from studies that focus on particular nutrients or dietary categories. This reductionist, or decomposition, approach—which emphasizes particular dietary ingredients rather than dietary patterns—is consistent with early research that helped to create the discipline of nutrition science through breakthroughs in nutrient deficiency research. Such an approach believes that a distinct food chemical has a particular biological influence on carcinogenesis inside a cancer model. However, because minerals and meals are not frequently ingested in isolation, this technique has significant limits and drawbacks. To begin with, the intakes of many different dietary elements are strongly interrelated, making it difficult to determine the true relationship between any of them and a cancer result. Because the whole of a diet's effects are likely to be interacting, synergistic, and mixed, a "precisely targeted approach" may neglect the importance of diets as a whole. As a result, a holistic, or integrative, approach that considers the entire diet began to emerge. This supplementary approach implies biochemical complexity; a wide range of dietary elements and components (some measurable, others unknown) are physiologically connected and interrelated, with the potential to affect cancer onset and progression. Dietary patterns can be thought of and described in a variety of ways: as an exposure or a habit, by numbers or labels, as univariate or multivariate constructions, research-driven or data-driven, static or dynamic [2].

Multidimensionality and dynamism are being incorporated into epidemiologic research models in order to better understand the association between food habits and cancer prevention and progression.

Nutritional density: "The quantity, proportions, variety, or mix of different foods, liquids, and nutrients in diets, and the regularity with which they are routinely ingested,” are according to the standard definition of dietary patterns. Recognizing that food intake is both multidimensional (i.e., a complex, multi-layered exposure and behavior) and dynamic (i.e., it is a complex, multi-layered exposure and behavior) is important (i.e., it vary with time and evolutionary stage of life) [3].

Multidimensionality: A summary index that incorporates all parts of the diet on the same scale has traditionally been employed for the entirety of diet. More recently, there's been an understanding that the various aspects of food have varied effects and should thus be studied independently yet together. Some dimensions will be improved, while others will be restricted. Some dimensions have substantial links to other elements of food, whereas others have inverse, opposite, or no links at all. Furthermore, epidemiological evidence suggests that some variables, such as alcohol, have both positive and negative impacts depending on the result being studied (cardiovascular disease, breast cancer). The term "multidimensionality" refers to the many different aspects of food intake as well as the underlying complications of interconnection and synergy [4].

Dynamism: Diet is often constructed based on a single evaluation and presupposes that diet is the exposure of interest at a particular point in time, or that diet is constant. Diet, on the other hand, is dynamical and time-varying for the majority of people, altering over the course of a week, a year, and a lifetime. Preconceived notion, conception, in womb, birth, childhood, adolescent, pregnancy, maturity, and elder adulthood are examples of relevant life stages (such as prevention, treatment, and survivorship). Furthermore, issues about how meal frequency, gaps between eating times, and the scheduling of food combinations affect metabolism, circadian rhythm, and health are relevant in the near term [5].

Nutritional epidemiology may be advanced by focusing on the notion of dietary patterns and research Design to quantify dietary patterns in large cohorts. Furthermore, efforts to increase the ability of nutritionists, statisticians, and epidemiologists will help to expand the use of novel methodologies to address multidimensionality and dynamism. To fully comprehend the function of dietary patterns, it's necessary to analyze how diet is measured, characterized, and modeled, since each of these factors has an impact on the capacity to investigate and interpret dietary patterns and cancer associations. The needs identified should encourage more research into nutritional patterns theory and method that incorporates multidimensional nature and dynamism, and allow well-defined methods and models to examine the potential associations between the entirety of nutrition over the course of a lifetime and cancer prevent and management. 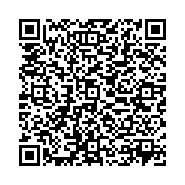