The development of dental restorations is constantly increasing, which is associated with an increasing interest for obtaining beautifully restored teeth using cosmetic veneers to restore and beautify faded, deformed or worn teeth, especially those that located in the visible areas of the mouth [1]. Biocompatible porcelain and composite resins are the most widely applied materials used in dentistry as restoration and veneer materials, regards it has characteristics similar to those of the dentin [2], and has a similar flexible module and strength when it used for direct or indirect restorations [3]. As for ceramic materials, it has a modulus of elasticity similar to that of the enamel layer [4,5].

The wrong choice of cosmetic veneer material and its thickness is one of the most important factors leading to failure. In the reports of success rates of veneer designs, there was a success rate ranging from 72%-85% for two veneer designs (palatal chamfer and butt-joint designs) in a five-year survey [6]. The most failure cases may be attributed to the veneer fracture and the adhesion weakness on the tooth surface [7]. As reported, the incisor and cervical region were the most likely to fail [8,9]. Thus, the veneer designs are the most important factors affecting long-term clinical success. In order to determine the success or failure rate of veneers, the stress distribution analysis should be performed using the 3D finite element method, which is the most efficient and effective tool in such cases [10-12]. The importance of this research is mainly to maintain as much tooth structure as possible by using ultra-thin cosmetic veneers, and to overcome the majority of failure cases that may occur as a result of the wrong selection of ultra-thin veneer design by studying the stress distribution in cosmetic veneers using two different materials (composite resin and feldspathic porcelain) and different preparation thicknesses (0.2 mm and 0.3 mm) for these veneers, which is affecting the biochemical behavior of teeth restored with veneers. Therefore, the aim of this research is to find out the veneer material and thickness that have the best performance to be used in the preparation of dental veneers. 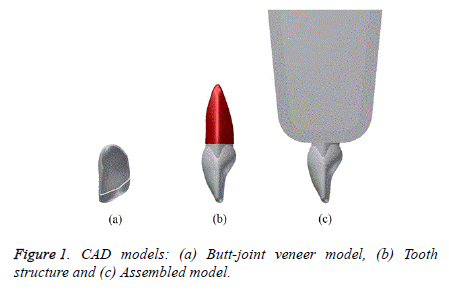 Due to the complexity of the geometry of the studied models, the mesh with tetrahedral elements was used. The mesh was refined and accepted when the relative errors were less than 1% [13]. The results of convergence analysis are shown in Table 1 and Figure 2. The mesh of studied models before and after refinement is shown in Figure 3. 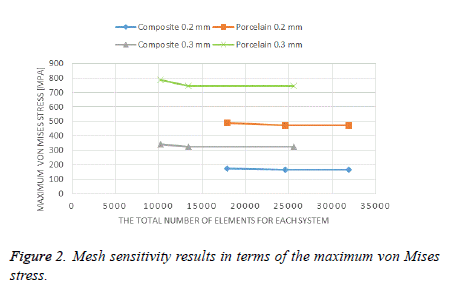 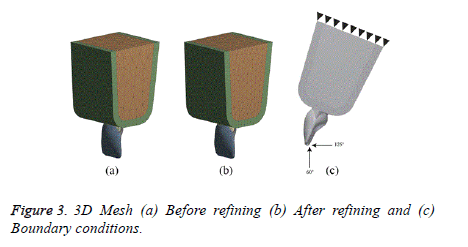 Figure 3: 3D Mesh (a) Before refining (b) After refining and (c) Boundary conditions.

Table 1: Total number of elements and nodes for each component.

Table 2: Mechanical properties of the materials used in the study.

Figure 4: Distribution of the von Mises stress in the veneer with a thickness of 0.2 mm. 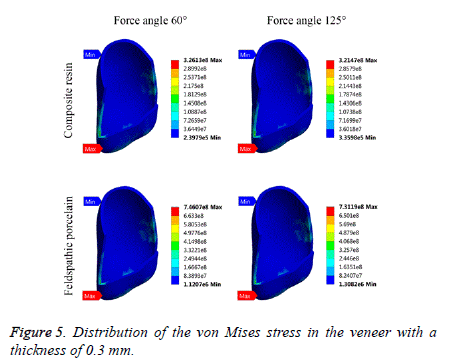 Figure 5: Distribution of the von Mises stress in the veneer with a thickness of 0.3 mm.

Table 3: Maximum von Mises stress according to the veneer material and thickness.

These results can be explained by the fact that the use of composite resin material can distribute the applied loads more homogeneous than the other material, which is affecting the reduction of stress concentration in the veneer-tooth structure system. Therefore, the use of this material for the preparation of ultra-thin veneer could improve the stability and durability of the system and prolong its lifespan.

Although there is no similar study of the influence of ultra-thin veneer materials and its thickness on their biomechanical behavior, but there are many studies have indicated that the stresses concentrated in the incisal area [14,29], which was in agreement with the presented results in this study. Li et al. studied the effect of veneer materials with the thickness of 0.5 mm on its biomechanical behavior using the finite element analysis [25]. They found that the use of the composite resin model showed a more homogeneous behavior than porcelain model. This result was in agreement with the presented results in this study. Ge et al. found in their in vitro study that the porcelain veneer adhered to the enamel performs better than the one that adhered to the dentin, and this result is fully consistent with the results of this study [30]. Their results showing a good agreement with the results in this study.