Nucleus: The basic unit of life

In biology, the nucleus is a specialized structure found in most cells (except for bacteria and blue-green algae) that is separated from the rest of the cell by a double layer called the nuclear membrane. This membrane appears to be connected to the cell's endoplasmic reticulum (a membranous network) and features pores that allow big molecules to pass through. The nucleus directs and regulates the cell's functions (such as development and metabolism) and houses the genes, which hold the cell's genetic information. Small entities found within the nucleus are known as nucleoli. The nucleoplasm is a gel-like matrix in which the nuclear components are suspended.

A nucleus is found only in the cells of advanced organisms known as eukaryotes. There is usually only one nucleus per cell; however, there are exceptions, such as slime mould cells and algae belonging to the Siphonales family. Prokaryotes, such as bacteria and cyanobacteria, are one-celled creatures that lack a nucleus. All of the cell's information and administrative tasks are spread throughout the cytoplasm in these species.

The nucleus is the cell's information hub because it contains an organism's genetic code, which determines the amino acid sequence of proteins essential for day-to-day operation. Deoxyribonucleic Acid (DNA) information is transcribed, or replicated, into several Messenger Ribonucleic Acid (mRNA) molecules, each of which encodes information for a single protein (In other cases, such as bacteria, more than one protein is present). The mRNA molecules are subsequently transferred into the cytoplasm via the nuclear envelope, where they are translated and used as templates for the creation of specific proteins. See transcription and translation for additional information on these processes.

The spherical nucleus takes up around 10% of the volume of a eukaryotic cell, making it one of the cell's most visible features. The nuclear envelope is a double-layered membrane that separates the contents of the nucleus from the cytoplasm of the cell. Nuclear pores, which are holes in the envelope, allow specific types and sizes of molecules to flow back and forth between the nucleus and the cytoplasm. It's also connected to the endoplasmic reticulum, which is a network of tubules and sacs where protein synthesis takes place and is usually studded with ribosomes.

Normally, a cell has only one nucleus. However, in rare circumstances, the nucleus divides but the cytoplasm does not. This results in a multinucleate cell (syncytium), similar to the ones found in skeletal muscle fibres. Some cells, such as human red blood cells, lose their nuclei as they mature.

The nucleolus is a membrane-free organelle within the nucleus that produces ribosomes, which are the cell's protein-producing structures. The nucleolus appears as a huge dark patch within the nucleus under a microscope. A nucleus can have up to four nucleoli, but the number of nucleoli in each species is set. When chromosomes are brought together into nucleolar organising areas after a cell divides, a nucleolus is produced. The nucleolus vanishes during cell division. Some research suggests that the nucleolus is involved in cellular ageing and, as a result, may influence an organism's senescence.

In the cell, the nucleus performs various critical activities. The nucleus' three main functions are as follows:

• It regulates cell growth and multiplication by storing genetic information in the form of Deoxyribonucleic Acid (DNA) or chromosomes. It is also where DNA replication takes place (formation of an identical copy of DNA)

• It synthesizes a variety of enzymes that govern cell metabolism

• It is the site of Ribonucleic Acid (RNA) synthesis, which serves as a template for the production of numerous proteins in the cell. It is also where the cell's protein manufacturers, known as ribosomes, are synthesized. 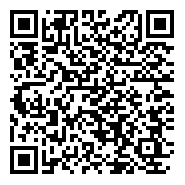