Neurotransmitters are chemicals released from synaptic vesicles into the synaptic cleft between the axonal terminal of one neuron to the dendritic terminal of another. These allow for neurological impulse transmission. Various neurological pathways may be predominantly mediated by specific types of neurotransmitters, such as acetylcholine, histamine, serotonin, glutamate, or norepinephrine. Various neurotransmitter abnormalities have been identified in multiple psychiatric conditions, such as depression [8], bipolar disorder [9], anxiety [10], and insomnia [11]. However, few studies have looked at the connections between specific neurotransmitter pathways and neuromotor effects downstream, or afferent somatosensory feedback upstream. To understand the ramifications of neurotransmitter imbalances on neuromotor output and somatosensory feedback, we need to discuss the function and influence of various neurotransmitters on postural control.

Serotonin is a neurotransmitter most highly concentrated in the brain, platelets, and gastrointestinal tract. Not coincidentally, there are etiological models that identify abnormalities in platelet calmodulin [12], postural reflex abnormalities within the brain [13], and gastrointestinal complications [14] in patients with idiopathic scoliosis. Within the brain, serotonin neurons can mainly be found in the median and dorsal raphe nuclei of the brainstem, with projections to nearly every region of the central nervous system [15]. Serotonin cell bodies found midline in the pons and midbrain have axonal projections to nearly all of the forebrain, with descending projections into the spinal to modulate motor output and autonomic system control [16]. Most importantly for postural control, serotonergic pathways project to the thalamus, hypothalamus, cerebellum, and the basal ganglia [17]. These structures account for the involuntary, reflexive control of posture, such as the activation of fast-twitch antigravity muscle tone and interpretation of horizontal and vertical from extra-ocular and vestibular structures. With specific regard to the thalamus, postural input from the raphe nuclei is accumulated and interpreted to produce a central image of normal postural representation, referred to as the CNS Body Schema [4]. This image provides a baseline from which the CNS can maintain both static and dynamic postural equilibrium. Therefore, adequate serotonin production is imperative to maintain postural equilibrium.

Once postural afferents are received from the spinal cord level and the corresponding information is integrated, resultant postural neuromotor output is mediated by repetitive serotonergic neuronal stimulation, or central pattern generators [15]. This is true for both postural tasks and behavioral output. Low levels of serotonin are identified in patients with depression. Perhaps not coincidentally, idiopathic scoliosis patients report lower quality of life scores when compared to non-scoliotics, irrespective of treatment initiation [18]. Postural control and emotion are distinctly interconnected, likely due to extensive serotonergic projections to the amygdala and hippocampus [15].

Serotonin is part of the tryptophan pathway. One of the end products of this pathway is melatonin, which has been extensively studied as a potential cause of idiopathic scoliosis [19]. Given that melatonin is converted from serotonin, more research into serotonin as a potential factor in scoliosis etiology and/or progression is warranted.

Norepinephrine is most commonly associated with compensatory physiologic changes due to sudden postural changes or the performance of novel postural tasks. Norepinephrine pathways are extensively found in the cerebellum , pons, and medulla. Norepinephrine cell bodies in these areas have significant roles in postural control, as well as autonomic control of visceral adaptation to postural changes and dynamic equilibrium goals [20]. Most notably, certain disorders such as postural orthostatic tachycardia syndrome (POTS) and orthostatic hypotension are typically associated with abnormal norepinephrine output [21,22]. It is mainly found in the brain as well as in the postganglionic sympathetic chain. Norepinephrine is produced from the dopamine via the enzyme dopamine beta-hydroxylase using O2 and ascorbate as catalysts.

In orthostatic hypotension, norepinephrine and epinephrine are found in inverse proportions in the urine when compared to normal controls [23]. Therefore, rapid adrenal response is imperative for sudden changes in postural positioning, or for the rapid adaptation to new postural tasks. This may be a useful clinical tool when teaching patients to perform novel scoliosis-specific exercise tasks to re-orient their posture quickly and efficiently.

Histamine has multiple important functions in the central nervous system. It can be viewed as a modulator of other neurotransmitters within the brain. For example, histaminergic pathways can increase or decrease levels of serotonin, norepinephrine, dopamine, and acetylcholine [24]. Histaminergic neurons are concentrated in the posterior hypothalamus, with both ascending and descending projections throughout the cerebral cortex and spinal cord [24]. Their spatial relationship with norepinephrine and serotonin neurons in the hypothalamus helps to explain histaminergic neurons’ modulatory effects on these other neurotransmitters. Histamine does not cross the blood-brain barrier, and it must be created by transporting the amino acid precursor, l-histidine, across the blood-brain barrier by an energy-dependent mechanism [25].

With specific regard to postural control, histaminergic neurons can be influenced by other neurotransmitter pathways and end organs. For example, vestibular dysfunction, which is common in patients with idiopathic scoliosis [26], activates histaminergic afferents that results in reductions in norepinephrine and serotonin output, and increase parasympathetic activity [27]. The vestibular system is vital to virtually all aspects of postural control in static and dynamic perspectives [28]. Therefore, although histaminergic activation appears to be the downstream result of other primary deficits occurring in idiopathic scoliosis, its activation nonetheless may require direct treatment of its own downstream effect in order to prevent further abnormal postural responses.

Histamine also plays a role in central nervous system plasticity and cognitive tasks [29,30]. Due to extensive histaminergic projections to the thalamus [31], which stores the CNS body schema, histamine’s role in CNS plasticity may be an important target for postural education or rehabilitation therapies, as changes in the CNS body schema are required for long-term postural changes [32]. Indirect histaminergic influence on the hippocampus results in long-term potentiation in hippocampal neurons [29], which results in enhanced spatial memory functions [33]. Since spatial memory is important for dynamic postural equilibrium, histamine balance in the CNS appears necessary for normal, efficient postural control.

It is clear that in order for a test to be clinically useful, it must be reliable, cost-effective, safe, and valid. Previous studies on urinary neurotransmitter testing have shown that various central nervous system disorders can be associated with specific neurotransmitter patterns. Examples of such disorders include insomnia [41], ADHD [42], restless legs syndrome [43], depression [44], and idiopathic scoliosis [6]. Urinary neurotransmitter testing is safer than lumbar puncture, costs less to perform, and is able to demonstrate differences as a result of treatment intervention [6,45-47].

Serotonin, as discussed previously, is part of the tryptophan pathway. It is converted from its immediate precursor, 5-hydroxytryptophan (5-HTP). When serotonin is deficient, it is possible to supplement with 5-HTP, which is available as an over-the-counter supplement. It is important to note that 5-HTP has a short half-life [48], and therefore must be taken multiple times daily to maintain serum levels. In patients who are sensitive to 5-HTP supplementation, l-tryptophan may also be prescribed [49]. However, cause caution should be used when supplementing with l-tryptophan as it can be shunted toward non-serotonin production. Patients taking selective serotonin reuptake inhibitors (SSRIs) should use caution when taking l-tryptophan or 5-HTP, as this combination can result in serotonin syndrome.

In addition to direct precursor supplementation, serotonin deficits may be common in patients with gastrointestinal complaints. Since nearly 20% of all peripheral serotonin is activated in the large intestine by probiotic bacteria, it is imperative that gastrointestinal flora remain optimal for serotonin activation [49]. Given that the precursors to serotonin are amino acids, protein digestion and absorption is yet another important factor in maintaining normal serotonin levels. Protein digestion is heavily influenced by adequate gastric secretion of HCl. Without it, proteins are not sufficiently broken down into their amino acid constituents. Since most adults begin a natural decline in pepsin production after age 35 [50], which initiates protein breakdown in the stomach, many adult scoliosis patients may benefit from a stomach acid replacement as a means of restoring several neurotransmitter levels, including serotonin.

Serotonin levels may also be restored by dietary modification. Many animal and plant proteins alike are high in serotonin precursor amino acids. Other examples of foods that may promote normal serotonin levels are dark chocolate and coconut.

Adaptogenic herbal supplements are also purported to help modulate adrenal output of norepinephrine. These compounds may be advantage because they can be prescribed in instances of both norepinephrine deficiency and excess. Perhaps the most studied adaptogenic herb for this purpose is rhodiola rosea [52]. It has been shown in laboratory and clinical observations to modulate norepinephrine output [53].

Histamine is primarily created from the intake and conversion of l-histidine. Hence, since its precursor is an amino acid, lack of normal protein digestion and breakdown may therefore also result in deficiencies in histamine production. This is similar, from a treatment perspective, to improving serotonin status via dietary intervention. Through its influence on the hypothalamus and thalamus, H2 and H3 receptor activation in these regions helps to upregulate postural feedback loops [24]. Thus, low levels of histamine may prohibit the rapid antagonistic muscular contraction needed to respond to instantaneous changes in postural somatosensory feedback.

Elevated levels of histamine may suggest active allergic responses peripherally. Over-the-counter antihistamine therapies, as well as natural therapies such as bromelain [54] and quercetin, have shown success at improving peripheral histamine reactions. Patients with elevated histamine levels may also test for IgE food and environmental based allergies for appropriate desensitization strategies.

The postural control functions of specific neurotransmitters have been well illustrated and described in previous studies. However, few studies have proposed or described the potential for neurotransmitter imbalances to contribute to the onset or progression of idiopathic scoliosis. More research into this distinct possibility is warranted.

I would like to thank my colleagues, Drs. Clayton Stitzel, Brian Dovorany, and Aatif Siddiqui for their help in proofreading and providing critical insight. 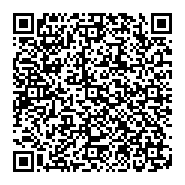