A biological, chemical, or physical agent that adversely affects the structure or operation of the central or peripheral nervous system is said to be causing neurotoxicity. It happens when exposure to a substance, more precisely, a neurotoxin or neurotoxicant, alters the nervous system's typical function in a way that results in irreparable or temporary damage to neural tissue. Neurons are cells that send and process information in the brain and other areas of the nervous system, and this might eventually cause disruption or even lead to their death.

Since many chemicals can affect neurocognitive performance without killing neurons, the appearance of neurocognitive abnormalities alone is typically not regarded adequate evidence of neurotoxicity. This could be as a result of the chemical's direct action, with the impairment and neurocognitive deficiencies being transient and going away once the substance is removed from the body [1]. Some drugs only become neurotoxic at specific dosages or over specific periods of time, therefore the amount or exposure-time may be crucial in some situations. When present in high concentrations, amyloid beta has been reported to cause neurotoxicity and cell death in the brain. This results from a mutation that happens when protein chains are cut at the incorrect points, producing useless chains of varying lengths [2]. They remain in the brain as a result until they are broken down, but if they build up to a sufficient amount, they can form plaques that are toxic to neurons.

When discovered in high amounts, the neurotransmitter glutamate, which is present in the brain, poses a hazardous risk to neurons [3]. This fragile concentration equilibrium is typically present extracellularly in millimolar quantities. Mutations in the glutamate transporters, which function as pumps to remove glutamate from the synapse, lead to a buildup of glutamate when disturbed. Due to the fact that the blood's concentration of glutamate is several times higher than the brain's, the body must take action to keep the two concentrations in balance by pumping glutamate from the bloodstream into the brain's neurons [4]. A larger concentration of glutamate builds up at the glutamate receptors when the glutamate transporters are mutated because they are unable to pump glutamate back into the cells. Ambient particulate matter, gases, organic compounds, and metals are only a few of the many elements that make up air pollution. There is strong evidence linking air pollution to cardiovascular and respiratory illnesses' morbidity and mortality. Particulate matter is thought to be the most pervasive concern from air pollution and has been strongly linked to disease.

Organ transplants, radiation therapy, specific pharmacological therapies, recreational drug usage, exposure to heavy metals, snake bites from specific venomous snake species, pesticides, specific industrial cleaning solvents, fuels, and specific naturally occurring compounds can all cause neurotoxicity. The onset of symptoms following exposure can be immediate or delayed [5]. Neurotoxicity from low chronic exposure in the house may take months or years to manifest. The presence of mould mycotoxin is consistent with all of the symptoms mentioned above. A neurotoxin will harm specific areas or cellular components of the nervous system depending on its chemical makeup. Because they are more soluble in lipids than polar molecules, non-polar drugs have an easier time entering the neural system [6]. The impacted neurotransmitter, the integrity of the cellular membrane, and the presence of detoxification mechanisms all have an impact on how the body reacts to neurotoxins.

Chronic fatigue syndrome, attention deficit hyperactivity disorder, chronic sinusitis, and asthma that does not respond to treatment are among conditions that may arise as a result of neurotoxicity. Additionally, symptoms may match those of autoimmune diseases like irritable bowel syndrome or rheumatoid arthritis. Examples of naturally occurring toxins that can cause neurotoxicity in the brain include oxygen radicals, beta amyloid, and glutamate. In addition to producing mobility difficulties, cognitive decline, and autonomic nervous system malfunction, neurotoxicity has also been demonstrated to be a significant factor in the progression of progressive neurological illnesses like Alzheimer's disease. 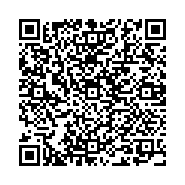