Widespread clinical use of the recently approved medications 5-azacitidine and 5-aza-2- deoxyazacytidine is being made to treat all forms of myelodysplastic syndrome as well as chronic myelomonocytic leukaemia. These medications have been tested in randomised clinical trials that show response rates in patients for whom there was no prior standard of care, and they were designed based on an awareness of the significance of epigenetic modifications in malignancy. We are able to target additional chromatin conformation regulators that contribute to aberrant gene transcription and dysregulated cell development as our knowledge of the epigenetic alterations typical of the malignant phenotype advances. One class of medications created utilising this approach is the histone deacetylase inhibitors. Although therapeutic trials utilising HDAC inhibitors in combination with DNA methyltransferase inhibitors have shown promising results, responses using HDAC inhibitors alone in myelodysplastic syndrome have been minimal. Combination therapy gives myelodysplastic patients with previously incurable disease the chance for hematologic improvement and remission. We also give illustrations of how variations in these epigenetic variables impact mouse and human early development. In conclusion, this review offers a synopsis of the most significant epigenetic mechanisms and instances of the tremendous impacts of epigenetic alterations on early mammalian development.

Although increasing methylation of CpG islands within a gene was once thought to be the main factor in gene silencing, it now appears that this is merely one of many "epigenetic" changes to DNA that affect how genes are expressed differently depending on the tissue. DNA conformation is impacted by epigenetic modifications, which also directly but particularly affect gene expression. Euchromatin, a type of DNA, has an open shape, whereas heterochromatin has a more condensed conformation. DNA also exists as heterochromatin. Untranscribed heterochromatic DNA is firmly wrapped around the nucleosome, which is made up of eight histones, whereas euchromatic DNA is less strongly bound to the nucleosome. Numerous proteins, such as histone acetyl transferases (HATs), histone deacetylases (HDACs), and histone methyltransferases, modify the lysine tails of histones, mediating the degree of DNA "tightness," which in turn affects the transcriptional status of genes [2,3].

Although it is still unclear whether histone alterations or promoter hypermethylation are the main signal by which gene expression is determined, the latter mechanism appears to be the more potent determinant. Hypermethylated CpG islands are associated with hyperacetylated and methylated histone lysine tails. Histone deacetylases are part of transcriptional repression complexes that are attracted to tumour suppressor genes with hypermethylated promoters (HDACs). Investigating the pharmacodynamic interactions between DNMTs and HDAC inhibitors was inspired by this molecular connection. More robust re-expression of methylated tumour suppressor gene products is seen in vitro when malignant cell lines are sequentially treated, first with 5-azacytosine nucleosides and then with an HDAC inhibitor. This synergy requires first exposure to DNMT inhibition followed by HDAC inhibition and is sequence-dependent. Following the sequential therapy with DNMT inhibitors and HDAC inhibitors, many clinical trials were initiated to investigate if the synergistic gene re-expression shown in vitro could also lead to more strong clinical responses in patients with MDS and leukaemia [4,5].

First discovered in Drosophila, the ISWI family of ATP-dependent chromatin remodelling complexes controls higher-order chromatin structure, with Iswi loss-of-function mutations leading to a general decondensation of mitotic chromosomes. The SNF2H or SNF2L ATPases, which are parts of several remodelling complexes and facilitate a variety of cellular processes including transcription control, chromatin structure regulation, DNA replication through heterochromatin, and chromosome segregation, make up the main ISWI complexes in mammals. 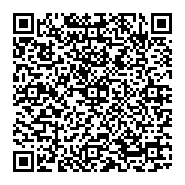