Vegetables are the major source of nutrients in the daily diet in both developing and developed countries. But these groups of plants are most susceptible to a variety of pests. The growth and economic yield are severely reduced under a variety of biotic and abiotic stresses. A number of conventional breeding methods are available for genetic improvement of vegetable crops. But, selection of desirable plants in the breeding programme often becomes misleading due to inadequate biotic and abiotic stress conditions and other environmental factors. Recent advances in the development of molecular markers have made it possible for reliable selection and to speed up the breeding cycle in vegetable crops. Molecular markers directly reveal the polymorphism at the level of DNA. These are tags that can be used to identify specific genes and locate them in relation to other genes. Therefore, in the present article, the authors offered a detailed review of the role of molecular markers to assist breeding programme of important vegetable crops.

Conventional plant breeding (classical breeding or traditional breeding) is basically the development of new varieties of plants by using older tools and natural processes [1]. Breeding for improved varieties can no longer rely on ten years cycles and all the technologies to shorten the selection cycles must be mobilized, use of markers is one such technology [2]. Marker is basically a tag which is prominent or helps in the identification of the trait [3]. Markers are classified into four type’s viz., morphological, biochemical, cytological and molecular markers [4]. Morphological markers are visually characterized phenotypic traits like flower colour, seed shape, growth habit and those gene loci that have direct effect on the morphology of plant [5]. These markers enable the assessment of genetic variability and diversity based on single phenotypic difference yet there are limitations associated with these markers and these limitations led to the development of molecular markers [6]. Biochemical markers or isozymes are molecular form of enzyme that is based on the protein staining but having different electrophoretic mobilities. Basically these biochemical markers are encoded by different genes and have same functions [7]. Biochemical markers are allelic variations of enzymes and can be used to estimate the gene frequency, genotypic frequency and successfully help in the detection of genetic diversity, gene flow, structure and subdivision of population [8]. Cytological markers are the variations associated with morphology of chromosomes such as chromosome number, size, sequence specificity, meiotic behavior of chromosome. These are the variations present in the number, size, shape, order, position and banding patterns of chromosomes are called as cytological markers [9]. A cytological marker reveals the differences in the euchromatin and heterochromatin, normal and mutated chromosomes and used in the identification of mapping and linkage groups [10].

A marker is a sequence of DNA which serves as flag post or signpost which is directly or indirectly linked to the trait gene of interest and is generally co-inherited with the trait [ 6].Molecular markers are nucleotide sequences which are estimated by level of polymorphism present between the nucleotide sequences of different individuals. The level of polymorphism is based on insertion, deletion, duplication, translocation and point mutations whereas they did not affect the activity of genes [27]. These markers are basically the landmarks whose position in the genome is known and are directly exposed the polymorphism at DNA level [28]. The ideal molecular marker must have following properties viz., marker should be easily available, inexpensive, non-time consuming, abundant in number, polymorphic in nature, tightly linked to target loci, frequently distributed throughout the genome, preferably <5 centi Morgan (cM) from a gene of interest,indiscriminating, easily reproducible, multiallelic, easy to operate, neutral phenotypically and co-dominant [ 9]. The occurrence of different molecular techniques and different principles and methodologies need cautious deliberation in choosing one or more of such marker types [30]. DNA markers are advantageous and beneficial to use as they are efficiently used in the detection of presence or absence of allelic variation in the genes associated with the trait of interest and tremendously increased the precision and accuracy [31-45]. The theoretical benefits of utilizing DNA markers, the potent value of genetic linkage construction maps and direct selection was first reported about eighty years ago in crop improvement [46]. Now- a-days more efficient molecular markers systems that are inexpensive and involves better detection systems are being developed [47]. Molecular marks were divided into many groups on the basis of mode of their gene action (dominant or co-dominant markers), method of detection (hybridization based molecular markers or PCR based markers) and method of transmission (maternal organelle inheritance, paternal organelle inheritance, biparental nuclear inheritance or maternal nuclear inheritance [48]. Molecular marker were proven to be the most effective and efficient tool in the genetic variation evaluation and in clarification of genetic relationships within and among species [49]. So, the use of molecular genetics or molecular/DNA markers in detecting the DNA differences of single plant has many applications in vegetable crops improvement [50-65]. Various types of molecular markers have been reported till date and discussed in Table 1.

Advantages and disadvantages of molecular markers

The first big size efforts to produce genetic maps were performed mainly by using RFLP markers, the best known genetic markers at the time [66-75]. Molecular markers are advantageous over morphological and biochemical markers as they have high reproducibility,detect coupling phase of DNA, show co dominant alleles and easily estimate the linked trait to the gene of interest in both hom ozygous and heterozygous individuals [76]. The major disadvantage of utilizing molecular marker is that they are highly expensive, labor intensive, time consuming and requires higher amount of maximum molecular weight DNA [77]. There are several advantages and disadvantages of different types of molecular marker that are discussed in detail (Table 2).

Gene tagging: Gene tagging is a pre requisite for Marker Assisted Selection (MAS) and map based cloning in crop improvement programme [108]. Gene tagging refers to the gene mapping of economic value close to wellknown markers. Molecular marker play important role in facilitating the method of traditional gene transfer. Molecular markers that are very closely related to the trait of interest and gene act as tag and these tags are effectively utilized for the indirect selection of genes in breeding programmes [109]. By constructing molecular maps, different genes of economic importance viz., stress tolerance, disease resistance, insect-pests resistance and yield contributing characters have been tagged [110]. Different genes have been tagged to impart resistance in various vegetable crops in resistance by several scientists (Table 4).

DNA fingerprinting for varietal identification: It is one of the most important aspects that identifies and detect any genotype of crops along with whole living organisms [111]. DNA fingerprinting can successfully utilize for varietal identification as well as for detecting variability in a wide variety of germplasm [112]. Although any type of marker can be used for DNA fingerprinting but RAPDs, microsatellite and RFLPs are the markers of preference for the purpose because all these markers are PCR based and did not require any pre information on nucleotide sequences [113-141]. Identification of different varieties of vegetable crops has been reported by several workers (Table 5).

Detection of QTLs: The identification and detection of linkage between QTLs and markers are the prime and foremost objective of the breeders that are engaged in the resistance breeding of plants though it can be performed using various statistical methods [143].Disease resistance can be detect with ordinary scales whether data do not always show normal distribution, so researchers have been testing putative QTLs with non-parametric statistical tests and procedures [144].The conclusion of genetic studies of complex interactions has been observed and first time reported the insect resistance in tomato [145].In addition to this, QTL mapping could be useful for identify and detect the loci associated with quantitative components of resistance to infections in crop plants, its rate of multiplication as well as its movement and in the host and progression of the disease [146].By this unique technique of detection of QTL new genes for partial resistance might be identified and utilized for resistance in crop plants [147]. Different types of QTLs have been detected by several researchers in vegetable crops (Table 6).

Marker assisted selection: Marker assisted selection refers to the use of molecular (DNA) markers to assist phenotypic selection in crop improvement [40]. Basically, it is a technique in which phenotypic selection is made on the basis of genotype of a marker [148].It is based on the concept that it is possible to infer presence of a gene from the presence of a marker which is tightly linked to the trait of interest [149]. MAS provided a tremendous potential for increasing the selection efficiency by allowing for earlier selection and reducing plant population size used during selection [150]. It is a molecular breeding technique which helps to avoid the difficulties related to traditional plant breeding and it has tremendously changed the standardof selection[151-152].Plant breeders mostly use MAS for the identification and detection of suitable dominant or recessive allele across the generation and for the identification of most favourable individuals across the segregating progeny [153]. There are four important schemes in marker assisted selection namely marker- assisted backcrossing, gene pyramiding, marker-assisted recurrent selection, genome selection in crop plants [154]. Marker-assisted selection for the traits of interest has been reported in different vegetable crops by several scientists [155-159] (Table 7).

Genetic diversity means the variety of genes in all organisms from human beings to crops, fungi, bacteria and viruses. It determines the distinctiveness of each individual or population within the species. There are basically four methods of measuring genetic diversity namely ethinobotanical classification, morphological, biochemical and molecular characterization. Morphological markers allow the finding of genetic variation based on Individual phenotypic variations. However, there are limitations confined to these types of markers. Morphological markers limitations lead to the assessment of biodiversity from relying on morphological markers to using isozymes and DNA markers that is popularly known as molecular markers. There are various types of molecular markers which are classified based on variation type at the DNA level, mode of gene action and method of analysis. They are key tools in genome analysis which ranges from localization of a gene to improvement of plant varieties through marker aided selection. Even though there are various uses of DNA markers but among all Marker Assisted Selection (MAS) is the most promising technique for crops cultivar development. MAS can be employed as an effective tool to facilitate selection of progeny in an early generation who have desirable traits resulting speeding up of the selection procedure in the breeding programme. There are different conventional and modern breeding tools and techniques that can be utilized for crop improvement of vegetable crops despite the ban on genetically modified organisms. The controlled crosses between individuals produce desirable genetic variation to be recombined and transferred to next progeny through natural process.

The last thirty years have witnessed a continuous and tremendous development I the molecular markers technology from RFLP to SNPs and a diversity of arraytechnology- based markers. In spite of the presence of these highly advanced molecular genetic techniques, we are still not achieving our goals. Unfortunately, molecular markers are currently unavailable for several important traits controlled by many genes or polygenes. The main reason behind these lies in inaccurate phenotyping. High-throughput phenotyping techniques solve these problems by using light, cameras, sensors, computers and highly modi?ed devices for the collection of very precise phenotypic data, which is a core requirement to achieving our breeding goals successfully. The coming years are likely to see continued innovations in molecular marker technology to make it more precise, productive and costeffective in order to investigate the underlying biology of various traits of interest.

No potential conflict of interest was reported by the authors. 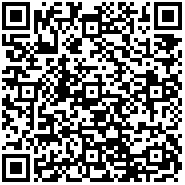