According to Hulme and Mosley [1], the proposition that capital investment and other financial services constitute key determinants of economic growth and income improvement continues to drive most development efforts including microfinance. Hulme and Mosley [2] cited many researches that indicate a strong and positive correlation between growth and the share investment in Gross Domestic Product. It is precisely this idea that drives microfinance. It is assured that, like the positive relation between financial investment and economic growth, financial investment in the poor through microfinance service will lead to increased income of the poor and ultimately result in poverty reduction [2].

Providing access to financial services for the low-income earners in Nigeria has ever remained a daunting challenge to the manager and policy makers of the nation’s economy.

Robust economic growth and development cannot be attained without formulating a well thought out programme of reducing poverty through empowering the rural poor by increasing their access to credit [3].

The CBN justified its licensing of micro finance banks with the lack of institutional capacity and weak capital base of existing community banks, the existence of huge unserved market and the need for improving savings opportunity [4]. On the issue and justification of microfinance banks, the CBN pointed out further that only 36% of Nigerian adult had access to financial services and most of those that were financially excluded are without access to financial services dwell in the rural areas. EFINA [5] documented that 46% of adult population of Nigeria were financially excluded, 17% of the nation’s population do not have access to or use any bank or other financial service products but have access to informal service such as co-operatives.

Microfinance is seen as a vehicle or strategy to alleviating poverty through the provision of micro Credit and other financial services to low-income household and to other economically active individuals, or groups with the intention of helping them increase their income, operate viable business, reduce vulnerability to shocks and create jobs [6,7].

Thus, the data for the empirical study are the annual time series data ranging from 1992 to 2016. The data were converted from their absolute value to rate of changes data. The data consist of yearly data of the independent variables and dependent variables.

Let Yt be the dependent (exogenous) variable and X1t, X2t, …, Xkt be the independent variables.

A linear multiple regression model is given by:

Often, many econometric time series are better approximated by exponential trend, characterized with variance nonstationarity as well as non-normality [8-10], hence we need transformation most commonly logarithmic transformation to achieve linearity, normality and variance stationarity. Hence the model in equation 2 could be specified thus:

Note, here we are not finding the logarithm of Equation 2 rather we are assuming that Yt and Xt are trend stationary series which is exponential, and we have to log to linearize. Also, the introduction of t is necessary to avoid a biased estimate of B’s.

Test for cointegration will be conducted using Augmented Engle–Granger (AEG) Test and Hansen Parameter Instability test). The adjustment on the correlated error term will be handled using Cochran-Orcutt Regression method. Also, to guide against the effect of short-term disequilibrium of cointegrated variables we introduce the error correction model regression analysis. The model was first used by Sargan but was later popularized by Engle and Granger [8-10] and the popular theorem was known as Granger Representation theorem attached to this mechanism states that when two variables are cointegrated, the relationship between the two can be expressed as error correction mechanism model.

Table 1: Summary of the data collected for analysis.

Table 4: Descriptive statistics for the variables under study.

Findings from unit root test: The result of the application Augmented Dickey-Fuller Unit Root Test for stationarity described to the variables (series) under study is show that Real Gross Domestic Product, Microfinance Bank Investment Growth and Microfinance Bank Asset Growth showed a unit root without significant deterministic trend coefficient at level. However, stationarity was observed after first difference for each of the variable mentioned. But Microfinance Bank Credit Growth and Microfinance Bank Deposit Growth was found to be stationary at level, hence no differencing is needed. The test was conducted at different lag while the choice of appropriate model was made using the lag with minimum AIC and D.W that is approximately 2 which signifies uncorrelated error term for the test.

Findings from regression analysis: From the regression result on Table 4, the F-value of each of the models were not significant with a (p >0.5) with the cointegrating and error correction model but the Cochran-Orcutt model which result is displayed in column 3 of Table 4 found to be significant with the value of (p<0.05), for microfinance bank deposit growth and microfinance investment growth, while that of microfinance asset growth showed a significant p value at 1%. while the coefficient of determination is highest (0.78) for Cochran model and 0.60 for Cointegrating model and 0.19 for Error Correction model. The F- ratio of Cochran was also highest at 6.0 while the other models showed 3.5 and 2.0 respectively. Only microfinance bank credit growth reported a negative and no significant relationship. The significant Fvalue and R2 indicate an overall adequacy of the regression model.

The Durbin-watson and F- stat are significant, hence the estimated equation can be relied upon in making inference concerning the influence of the growth variables on the economic growth.

1 The Government agency (Central bank of Nigeria) in charge of the supervision of microfinance banks should put strict measures in place to ensure strict compliance to regulations so that credits advanced to customers are used for purely economic purpose for which they are granted.

2 The credit department of microfinance banks should be equipped to effectively monitor use of micro credit.

3 The investment department of microfinance banks should ensure credit lines are given to areas that will grow the economy, which are the real sectors of the economy like the manufacturing and agricultural sectors. 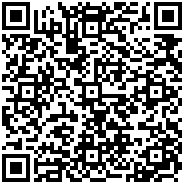