Children and teenagers with mental health issues can experience a variety of emotional and behavioural disorders, such as disruptive, depressive, anxious, and pervasive developmental (autism) disorders. These diseases can present as internalising or externalising issues. The most prevalent behavioural issues in preschool- and school-aged children are disruptive ones, like tantrums, attention deficit hyperactivity disorder, oppositional, defiant, or conduct disorders. The typical paediatric clinic or family practice/general practitioner office has a number of favourable features that make them excellent for treating children and adolescents with efficient mental health treatments.

Late childhood is the typical time for emotional issues including anxiety, depression, and Post-Traumatic Stress Disorder (PTSD) to manifest. Since many kids lack the required vocabulary and comprehension to articulate their emotions intelligibly, it can be challenging for parents or other carers to identify them early. Many physicians and carers often struggle to distinguish between severe and protracted emotional distresses that should be considered illnesses and developmentally typical emotions. Poor quality of life is commonly brought on by chronic medical conditions including atopic dermatitis, obesity, diabetes, and asthma, as well as emotional difficulties like disordered eating habits and low self-esteem [1].

Although the body of research about how kids react to trauma and negative events in general has been growing, there are still few examples of how kids react during epidemics. Yet this group deserves special attention because of its vulnerability. Numerous studies have shown how psychological stress brought on by traumatic experiences can harm children. Commonly reported signs include anxiety, despair, tiredness, diminished social interaction, and decreased appetite. An immune system that is impaired or compromised is one of the physiological repercussions. Children are frequently required to stay at home for extended periods of time during unfavourable occurrences because of forced isolation and school closure, which has a negative impact on their ability to interact with classmates and engage in physical activity [2,3].

The study conducted during the COVID-19 pandemic indicated that children typically experience a variety of stress reactions when faced with unexpected and unforeseen occurrences. Public health initiatives should foster and put resilience the character traits that help kids cope with everything from minor setbacks to major life traumas in children and teenagers living in communities affected by disasters like epidemics. Children and adolescents who have the right assistance from medical professionals, families, and other social networks, such as the school setting, can effectively overcome a distressing condition and eventually stabilise emotionally and physically [4].

Because of their numerous desirable characteristics that make it acceptable to Children and Young People (CYP), the identification and management of mental health problems in primary care settings, such as routine paediatric clinics or Family Medicine/General Practitioner surgeries, are costeffective. Recently, a number of models have been suggested and evaluated to enhance the provision of mental health services in paediatric and primary care settings, including collaboration with outside specialists, joint consultations, improved mental health training, and more integrated on-site intervention with specialist collaboration [5].

Childhood EBDs have considerable negative effects on the person, on the family, and on society in the form of poor academic, vocational, and psychosocial functioning as well as direct behavioural repercussions and costs. In addition to the financial costs of services to treat the affected individuals, such as youth justice services, courts, prison services, social services, foster homes, psychiatric services, accident and emergency services, alcohol and drug misuse services, as well as unemployment and other required state benefits, the costs to society also include the trauma, disruption, and psychological problems caused to victims of crime or aggression in homes, schools, and communities. 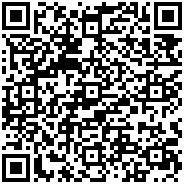