Menetrier disease and its characteristic assessment in Gastroenterology

Menetrier disease is characterised by severe mucosal hypertrophy and protein loss. It is connected to gastric neoplasia and is a rare but dangerous disorder. Hypoproteinemic hypertrophic gastropathy and gigantic hypertrophic gastritis are additional names for Menetrier illness. Men in their middle years frequently have this ailment. The afflicted age range typically ranges from 30 to 60 years old. To avoid the severe morbidity and mortality linked to this illness, it must be swiftly detected and treated. This exercise addresses Menetrier illness assessment and therapy and emphasises the need of the multidisciplinary team in treating patients with this condition.

Giant mucosal folds in the proximal region of the stomach, decreased acid secretion, and a protein-losing state with hypoalbuminemia are all symptoms of the rare malady metetier disease. Hypoproteinemic hypertrophic gastropathy and gigantic hypertrophic gastritis are additional names for Menetrier illnes. [1].

Men in their middle years frequently have this ailment. The afflicted age range typically ranges from 30 to 60 years old. In females and young children, it is less frequently reported. The disease frequently progresses in adults. Menetrier disease's etiopathogenesis is not fully known. It primarily affects the stomach's proximal region (the body and fundus), sparing the distal region (antrum). Uncertainty surrounds the specific cause of Menetrier sickness. But according to researchers, the sickness is acquired rather than inherited. Children are seen with a self-limited form of Menetrier disease that is connected to CMV infection. Similarly, Helicobacter pylori infection is linked to it in adulthood. The overexpression of TGF-alpha in the superficial gastric epithelium is thought to contribute to the pathophysiology of the disease [2]. Rare incidences in families suggest that the disease may also have a genetic component. [2].

Menetrier disease's mechanism is not entirely known. The proliferation of mucosal epithelial cells is assumed to be caused by an increase in the signalling of the epidermal growth factor receptor (EGFR), which is a result of increased TGF-alpha synthesis. A ligand called TGF-alpha activates the EGFR and promotes the expansion of epithelial cells. Mucus is abundantly produced by extra epithelial cells. Acid production is reduced when TGF-alpha is present. Both a direct effect on the parietal cells and an indirect effect via stimulation of somatostatin release are responsible for the decrease in acid. Mucus overproduction impairs the small bowel's ability to absorb minerals, electrolytes, and vitamins. The clinical state of protein-losing gastropathy is a manifestation of malabsorption of vital nutrients [3].

A biopsy that demonstrates significant favela hyperplasia, atrophic alterations in the glandular epithelium, and noticeably enlarged gastric rugae seen on an esophagogastroduodenoscopy (EGD) and barium esophagogram can be used to make the diagnosis. A barium scan, sparing the antrum, reveals noticeably increased folds along the larger curvature of the stomach. Barium is diluted as a result of overproduction of mucus, which is evident in a compromised mucosal coating. A complete metabolic panel, serum gastrin, H. pylori, and CMV serology are required as part of the laboratory examination. A complete blood count, which includes a white blood cell (WBC) count, haemoglobin, hematocrit, and platelet counts, is also required [4].

In some situations of disease progression accompanied by severe, unmanageable abdominal pain, oral intolerance, weight loss, bleeding, or pyloric obstruction, surgery is advised. For patients with chronic, incapacitating symptoms or rising concerns about the possibility of developing stomach cancer, partial and total gastrostomy remains a viable option for treatment. Due to a better surgical outcome, whole gastrostomy is preferred to partial gastrostomy [5].

Menetrier illness is a rare condition whose prevalence is not known. Since this disease necessitates referral to a gastroenterologist for diagnosis, primary care doctors need to be aware of it with the team as well as in few days of work and and swag of the to make up this the a to Supportive therapy with the assistance of a nutritionist to reduce protein loss is advised for milder instances. Inter professional care coordination, open communication lines, and accurate, current record keeping will always improve patient outcomes 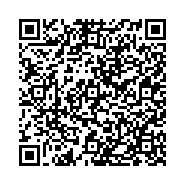