Their pathogeny is poorly understood and their treatment is not codified until now.

We present a rare case of CLEC diagnosed in a 34-year-old woman, and discuss the anatomo-clinical and histopathogenic aspects of this exceptional type of cervix tumor.

Lymphoepithelial carcinoma of the cervix is very rare; it’s classified as a subtype of squamous cell carcinoma [1], it accounts for only 0.63% of all cases of primary uterine cervical carcinoma [2] and about 5.5% of those in Japan population [3], CLEC is histologically poorly differentiated, its prognosis is better than that of other squamous cell carcinomas of the uterine cervix. The pathogenesis of CLEC remains a subject of controversy, and appears to be multifactorial; associations with Epstein- Barr virus (EBV) and human papilloma virus (HPV) have been demonstrated in some studies especially in Asian women.

We report a new case of CLEC diagnosed in a 34-year-old Moroccan premenopausal woman, along with a literature review.

The patient consulted a gynecologist because of vaginal bleeding which had persisted for a month with constipation; pelvic pain and weight loss.

Clinical examination found a patient with a Karnofsky score of 70; speculum and vaginal examination showed bulging ulcerative mass measuring 7 cm extended to the lower 2/3 of the vagina. On bimanual examination, the parametrium was fixed without a palpable mass.

Cervical biopsy revealed a tumor proliferation made up of undifferentiated cells, with an inflammatory infiltration of the stroma by small lymphocytes, lymphovascular invasion and perineural invasion were not present (Figure 1),we concluded in two diagnoses, CLEC and glassy cell carcinoma,at immunohistochemistry the cells expressed CK7, CK5/6; vimentin and focal expression of PS100 ; definitive diagnosis of lymphoepithelial carcinoma of the cervix was retained after histopathological and immunohistochemical examination.

Figure 1: a) Tumor cells with syncytial arrangement, with a lymphocyte-rich stroma. b) The cells demonstrate eosinophilic cytoplasm, vesicular nuclei, and indistinct cell membranes.

A radiological assessment including a thoraco-abdominal scan has objectified a very locally advanced tumor of the uterine cervix(Figure 2) with left bilateral iliac adenopathy ; a pelvic ultrasound showed an isthmic cervical and vaginal tissue mass with left iliac adenopathies.

Figure 2: Abdomino pelvic CT scan (a=axial, b=sagittal) showing the tumor mass of the uterine cervix as well as its extension to the lower 2/3 of the vagina (red) and compressing the bladder in front (yellow) and the rectum behind (brown) without infiltrate them.

The patient was staged as FIGO staging (International Federation of Gynaecology and obstetrics) on stage IIIB.

She received external beam radiation therapy of 46 Gy in 25 fractions with concomitant weekly cisplatin at 40 mg/m2; then the patient was programmed for brachytherapy but she was lost to follow-up for 3 months and unfortunately due to the non-continuation of the treatment the tumor increased in size in the meantime ; One month later, the patient died of a hemorrhagic stroke, the causes of which were unknown.

Lymphoepithelioma carcinoma of the uterine cervix is exceedingly uncommon; it was first described in 1968, by Hamazaki et al. [1]. Its incidence is higher in Asia, where it represents 5.5% of primary cervical carcinomas [1]. However, it’s very rare in Europe, a maximum of twenty cases have been reported [2], and less rare in africa, a single case reported in Tunisia to our knowledge [4].

According to the different cases reported, CLEC is a tumor of the average age 49 year old woman with extremes of 21 to 77 years old [5]. Our patient was 34 years old, premenopausal, who belongs to the cervical LELC patient age group, but was younger than the CLEC patients reported in Korean cases.

Histologically, it appears as nests of poorly-differentiated malignant cells with syncytial growth patterns. It is associated with noticeable lymphocytic stromal infiltration. The histological diagnosis of CLEC can be difficult on the biopsy and even on the operative part. It can be confused with other differential diagnoses, essentially undifferentiated squamous cell carcinoma invasive with inflammatory stroma, a "ground glass" cell carcinoma, a non-Hodgkin's malignant lymphoma, and even with Trivial chronic cervicitis, particularly on a biopsy[6,7].

Immunohistochemistry is important in distinguishing these lesions from CLEC; In CLEC, tumor cells always express cytokeratin and EMA. The lymphoid cells of the stroma-reaction are in the majority of cases of phenotype T: CD3 +, CD8 + mixed up to a few B lymphocytes [8].

In our case we also found the typical histological description, with undifferentiated cells and lymphocytic stromal infiltration as well as the positivity of epithelial markers

The clinical pathogenesis of CLECs remains poorly understood , but their morphological similarity with UCNT, which is linked to EBV, led to the search for it in the CLEC .Some reports suggest that EBV is an etiologic factor in CLEC of the uterine cervix. One report on Taiwanese women with cervical CLEC found that EBV was present, as identified by polymerase chain reaction for EBV DNA, in 73.3% (11/15) of 15 CLECS patients [9,10], however the EBV test was negative in all cases European reported [11-13] ; likewise HPV infection is considered the first cofactor in the development of intraepithelial neoplasms of the cervix and in invasive squamous cell carcinoma. His research into CLEC has only been positive in a few cases [14]. The research of EBV and HPV by immunohistochemistry and by hybridization was negative in the Tunisian case reported [15], in the same way for our case.

These findings imply that race and geographic factors may influence the role of the EBV gene and HPV infection as an oncogenic factor in uterine cervical LELC (6).

The prognosis of these tumors appears better than that of other types of squamous cell carcinoma of the uterine cervix, despite its profile immunohistochemically aggressive, this conclusion made by most authors given the prolonged survival of up to 8 years without metastases, even in the presence of loco-regional lymph node invasion [6,13] the hypothesis which further explains this, is that the increase the number of cytotoxic T lymphocytes (CD8 +), seen in this type of tumor probably inhibits metastasis lymph node and hematologic tumor cells infected with EBV [13]. However, the study of larger series would be more informative on the profile evolution and prognosis of this tumor.

In our case, there were no lymphovascular, perineural, parametrial, or vaginal invasions, but unlike the Asian cases, our patient had bilateral iliac metastases lymph nodes discovered on CT scan and MRI.

The therapeutic management of these tumors is not codified since the few cases reported in the literature do not allow conclusions to be drawn.majority of these cases were treated with surgeryexclusive radical [13], the others benefited from aradiotherapy alone [6]. In all cases, the therapeutic strategy depends on the stage of the disease and the clinical condition of the patient and probably on ethnic and genetic factors, the Tunisian patient [8] was treated by first radical surgery followed by brachytherapy, our patient was treated with concomitant radio chemotherapy; a brachytherapy was planned, but the patient unfortunately died from vascular complications whose cause was unknown; very probably these complications hid a genetic disease or disease of the system behind.

Apparently lymphoepithelial carcinoma are not exclusive to Asian women, despite their aggressive histologic character they are better prognosis hence the interest to broaden research including patients including all races and geographic situation to reach concrete conclusions about the pathogeny and therapeutic management. 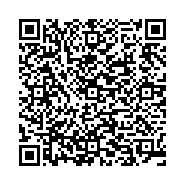