Laparoscopic versus open appendectomy on serum levels of cytokines in children with perforated appendices, peritonitis and sepsis

#These authors have equally contributed for this work

With technical advancements, clinical application of laparoscopic technique has become increasingly broadened for treating various infectious abdominal diseases including acute cholecystitis, acute appendicitis, gastrointestinal tract perforation and so on [1-4]. However, whether laparoscopy and carbon dioxide pneumoperitoneum (CO2PP) can be used in treating peritonitis remains controversial.

A major concern is that increased intra-abdominal pressure during laparoscopic surgery may increase risks of bacteraemia that can lead to systemic inflammatory response. Studies on the effect of pneumoperitoneum on systemic inflammation during sepsis remain contradictory [5,6]. Some studies reported that CO2PP is associated with positive-end expiratory pressure and has no impact on systemic expansion of intra-abdominal Escherichia coli infection, but other studies showed that CO2PP can influence septic development by increasing bacterial (E. coli) translocation in rats [7,8]. More recent studies have shown that CO2PP can alleviate peritonitis and systemic inflammatory response in experimental models of E. coli-peritonitis and sepsis, and extracellular acidic pH environments after CO2 insufflation during laparoscopic surgery can promote macrophage activation and function [9,10]. Perforated appendix is one of the common causes for acute abdominal diseases in children and is usually accompanied by severe peritonitis and septicopyemia. So far, only early effects of pneumoperitoneum during peritonitis have been assessed, and the comparison between conventional and laparoscopic surgery has been only conducted in animal models which is not yet in human patients [11,12].

In current study, we aimed to compare the effect of laparoscope and conventional open appendectomy on postoperative infection to explore a better clinical approach.

67 children admitted to the Surgery Department of the Children’s Hospital of Wuhan and surgically diagnosed with perforated appendices and peritonitis accompanied with sepsis were enrolled in this study.

Children were randomly grouped based on option of respective guardians. Operations were executed by same surgical team and in the same premises. No subjects had any recent history of infection or chronic disease. Subjects with immune diseases were excluded.

All manipulations were approved by the Ethic Committee of the Children’s Hospital of Wuhan. All patients were well informed and signed written consents.

Sample collection: Two hours before and 1, 3 and 7 d after operation, 2 ml venous blood was drawn from each subject. The samples were centrifuged at 5000 rpm for 10 min. Serum was collected and stored at -20°C until use.

Comparison between two groups was made by t-test or rank sum test. Enumeration data were analyzed using X2 test. Significance was accepted if P<0.05.

Dynamics of serum IL-6 before and after operation

On all three postoperative time points, IL-6 level in the LA group remained significantly lower than that in the OA group (P<0.05), as shown in Table 1 and Figure 1. 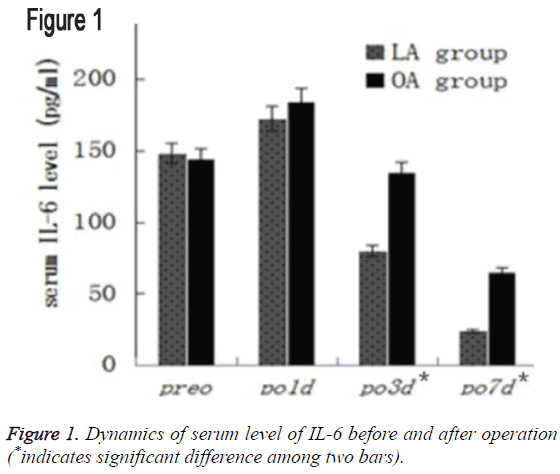 Figure 1: Dynamics of serum level of IL-6 before and after operation (*indicates significant difference among two bars).

Dynamics of serum TNF-α before and after operation

There was no statistical difference in preoperative serum TNF- α between LA and OA groups (P>0.05). After operation, serum TNF-α were first significantly increased compared to that preoperatively (both P<0.05), and then declined in both groups.

Moreover, serum TNF-α in the LA group remained significantly lower than that in the OA group on postoperative days 1, 3 and 7 (all P<0.05), as shown in Table 2 and Figure 2.

Table 2: Dynamics of serum level of TNF-α before and after operation (x ± s, pg/ml). 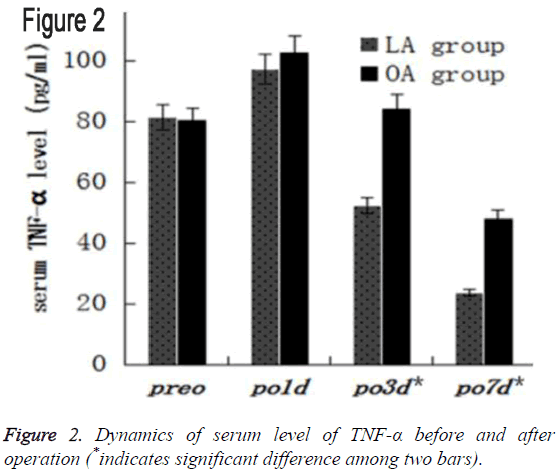 Figure 2: Dynamics of serum level of TNF-α before and after operation (*indicates significant difference among two bars).

Dynamics of serum IL-10 before and after operation

The preoperative serum IL-10 were comparable between LA and OA groups (P>0.05). After operation, serum IL-10 increased in both groups.

On postoperative days 1, 3 and 7, serum level of IL-10 in the LA group remained significantly higher than that the OA group (P<0.05). 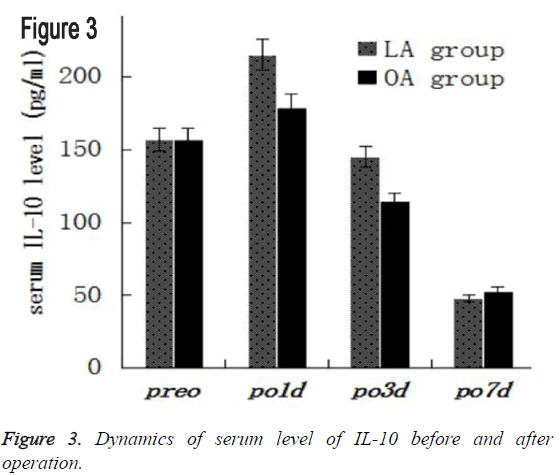 Figure 3: Dynamics of serum level of IL-10 before and after operation.

There was no statistical difference IL-10/TNF-α ratio before operation between the two groups (P>0.05).

Table 4: Dynamics of IL-10/TNF-α ratio before and after operation. 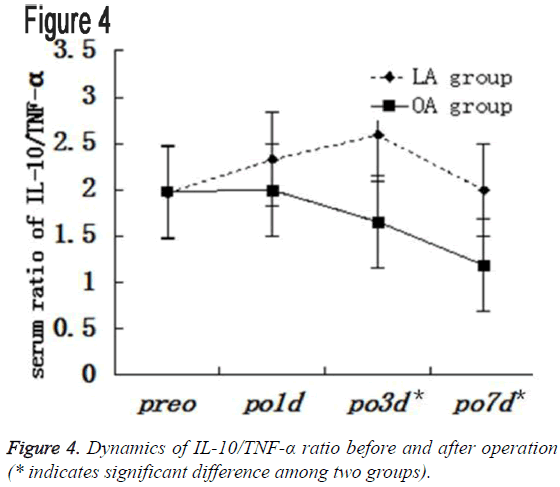 Figure 4: Dynamics of IL-10/TNF-α ratio before and after operation (* indicates significant difference among two groups).

IL-6 indicates early tissue injury and its increments is proportional to surgical trauma and accompanying damage, therefore, it has been proven to be a major index in evaluating the severity of traumatic stress reactions and serves as marker for traumatic prognosis [13]. In present, we found IL-6 were greatly increased after operation and significantly lower in the LA group than in the OA group postoperatively (all P<0.05), indicating children received LA developed had less postoperative stress and immune reactions, which are consistent with studies in mice and women [14,15]. The possible mechanism whereby CO2PP reduces serum IL-6 has been suggested as: 1. Curbing and killing bacteria and inhibiting the growth of Escherichia coli and Staphylococcus; 2. Inducing peritoneum cell acidification, thereby suppressing release of multiple inflammatory mediators and cytokines by macrophages; 3. Inhibiting release of superoxide anion by macrophages and mitochondrial function, thereby alleviating inflammatory reactions [16,17].

On the other hand, serum IL-6 in LA group increased more slowly but declined more rapidly. IL-6 in the LA group began to decline 3 d postoperatively and was significantly lower compared with its pre-operative level. IL-6 in OA group 7 d after operation differed significantly from pre-operative level (P<0.05), indicating that both LA and OA can lead to postoperative stress reactions in affected children, whereas the stress reactions provoked by LA are milder and recovered more rapidly than OA, which may underlie shorter hospital stay of patients received LA [18].

TNF-α is a key pro-inflammatory cytokine after inflammatory stimulation that can activate cytokine cascade reactions during inflammation and directly reflects the severity of an inflammatory response [19]. Early detection of TNF-α is of great significance for evaluating the severity of serious abdominal inflammation [20]. In this study, no statistical significance was observed in serum TNF-α between the two groups before surgery. However, serum TNF-α in LA group were significantly lower on postoperative days 1, 3, and 7 than that in OA group. Moreover, serum TNF-α in LA group increased more slowly but decreased more rapidly than that in OA group. Alleviation of inflammatory response under LA may be also due to CO2PP as reported in rat [21,22].

All manipulations were approved by the Ethic Committee of the Children’s Hospital of Wuhan. All patients were well informed and signed written consents.

All information supporting the conclusions of this manuscript is included within the article. Any additional information can be obtained upon request.

CSF, YGB, YJ and YXQ carried out the clinical, participated in clinical analysis. DXF, YXQ, BHQ and YJ performed statistical analysis and ELISA. YGG, XQ and ZSQ participated in experimental studies and analyzed data. DXF drafted the paper with inputs from BHQ, ZSQ and YGG. DXF, ZSQ and YGG conceived of the study, and participated in its design and coordination. All authors read and approved the final manuscript.

Thank MH for the generous help.