The rapid rise in the prevalence of overweight and obesity among adults, teens, and children in the United States has been a major public health issue. Suboptimal weight has serious health effects and leads to the most common chronic diseases of public health concern, such as cardiovascular disease (CVD), some forms of cancer, and type 2 diabetes. Identifying factors that lead to overweight and obesity has been a subject of scientific study. Dietary sugar consumption has been related to higher energy intake as well as poorer nutritional quality diets.

There are several different types of dietary sugars, but they can be classified into those that are naturally found in foods and those that are added for flavor, food storage, or other functional properties. Intrinsic sugars are present in foods with favorable nutrient profiles, such as fruits, vegetables, nuts, and dairy, while added sugars are often associated with foods and beverages that are poor in nutrient density. Sucrose, palm sugar, high fructose corn syrup, corn syrup, agave, dextrose, fructose, raw sugar, honey, invert sugar, maple syrup, condensed fruit juice, and molasses are all examples of added sugars.

Consumption of added sugars is recommended in a number of ways. Although there is no DRI for added sugar consumption, the Dietary Recommendations for Americans recommend that added sugars account for 10% of total energy, while the Dietary Reference Intake (DRI) suggests 25%. The World Health Organization recommends that “free sugars” account for 10% of total energy, which includes all added sugars and all sugars found in 100% fruit juice. Despite similar guidelines, the distinction between "free sugars" and "added sugars" may have major effects in specific age groups that consume 100% fruit juice on a regular basis (i.e., young children).

Sweetened drinks are a major source of added sugars for people of all ages in the United States. However, little is known about other major contributors, particularly since they can vary depending on the type of intake (e.g., from low to high intakes). Understanding the trends of added sugar consumption across the spectrum will allow possible prevention strategies to be established, as well as help tailor public health communications to meet the 10% of energy recommendations.

The most important focus of public health campaigns to minimise added sugar consumption should be on reducing the amount of sweetened drinks consumed first, followed by sweet bakery items. Depending on the age group, clear messaging about candy and other dessert consumption is needed. Food producers should also be encouraged to reduce the amount of added sugars in their products without adding extra calories. Both industries, however, have a role to play in improving diet efficiency, and the most recent Dietary Recommendations stress the importance of a social ecological approach. Small improvements are also recommended by the Dietary Guidelines to improve health. 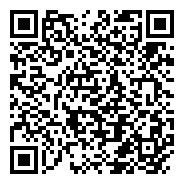