Methods: Sixty (60) senile AMI patients were selected and placed in the observation group (A group), while 60 healthy people served as the healthy control group (group B). Depending on their conditions after emergency thrombolytic therapy, the AMI patients were sub-divided into no-reflow group (A1 group, 23 cases) and reperfusion group (A2 group, 37 cases). Blood levels of high-sensitive C-reactive protein (hs-CRP) and N-terminal pro-natriuretic peptide (NT-proBNP) were determined in all patients. MicroRNA-7a/b expressions were measured in venous blood 24 h and 120 h before and after thrombolytic therapy.

Conclusion: In myocardial cell injury induced by ischemia reperfusion, microRNA-7a/b expression is linked to oxidative stress and apoptosis of cardiomyocytes. Thus I/RI might be mitigated by regulating the expression of this microRNA.

Acute Myocardial Infarction (AMI) is a major cause of death in cardiovascular diseases. Fortunately, the patient may be saved by surgical opening of the affected artery at the onset of infarction [1]. However, reperfusion after repeated myocardial ischemia damages the structure of the myocardium, resulting in Ischemia/Reperfusion injury (I/RI), which may cause arrhythmia. The disease has attracted much attention since it was first reported by Jennings and his co-workers in 1960 [2]. In spite of numerous research efforts, no effective treatment for I/RI has so far been developed. The clinical management of AMI requires the re-establishment of blood circulation in the coronary artery.

Studies have shown that the expression of specific microRNA may have a protective effect against I/RI in myocytes [3]. MicroRNA is an endogenous non-coding, single stranded, small molecular RNA which is capable of regulating gene expression. MicroRNAs have been implicated in cardiac growth, apoptosis of myocytes, heart failure and cardiac hypertrophy [4]. In recent years, many studies have demonstrated that microRNAs play important roles in regulation of I/RI [4-7]. However, the precise implication of microRNA-7a/b in I/RI expression is still unclear. Therefore, this study was aimed at investigating the relevance of serum microRNA-7a/b of patients in myocardial cell injury induced by ischemia reperfusion, so as to establish a basis for further clinical studies.

General attributes of the study population

2. Ethical approval was given by the medical ethics committee of People's Hospital of Taizhou with the following reference number: 2014014. The inclusive criteria covered patients with obvious clinical disease history of ischemic chest pain, and patients with changes in ECG and serum markers of myocardial necrosis for more than 18 y.

Patients with hereditary chest pain, psychological diseases; severe impairment of cardiac, pulmonary and renal functions; and patients with chronic diseases (e.g. tumor) were excluded. Sixty (60) confirmed healthy through medical examination in our hospital, were placed in the healthy control group (B group). They comprised 35 males and 25 females whose ages ranged from 61 to 74 y (mean age=64.1 ± 5.3 y).

The 60 AMI patients were sub-divided into no-reflow group (A1 group) and reperfusion group (A2) group, depending on their status after thrombolytic surgery. There were no obvious statistical differences in general data of sex and age of patients in the three groups (p ≥ 0.05). All patients and their families signed patients’ informed consent forms issued by the ethics committee of our hospital before the study. Venous blood samples were taken by trained personnel before, 24 h and 120 h after thrombolysis. The blood samples were centrifuged and the plasma samples were stored in liquid nitrogen. Freezing and thawing were avoided. The plasma samples were analysed for hs-CRP, D-D and microRNA-7a/b. Hs-CRP was measured by electro-chemiluminescence immunoassay, while D-D was determined by colloid gold double antibodies sandwich method. MicroRNA-7a/b was measured by RT-PCR using assay kits according to manufacturer’s instructions. The primers were synthesized by Shanghai Bioligo Co., Ltd using Primer Premier5.2 software. All primers were prepared at a concentration of 10 pmol/pL. The reference gene used was U6. The primer sequences are shown in Table 1. All assays were done under sterile conditions.

This research was approved by the Ethical Committee of People's Hospital of Taizhou according to the declaration of Helsinki promulgated in 1964 as amended in 1996, the approval number is 20170101; [8].

Measurement data were represented by mean ± s. The data were input into Excel, and analysed statistically by t-test using SPSS 18.0 statistical software. Enumeration data were analysed with χ2 test. Data were subjected to Pearson and Spearman correlation analysis. Statistical significance was assumed at p<0.05.

Evaluation of microRNA-7a/b amplification by RTPCR 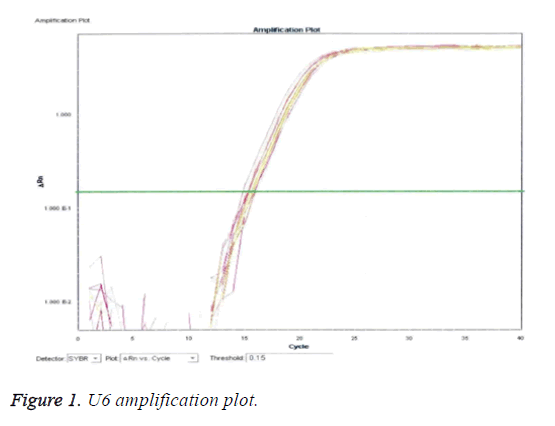 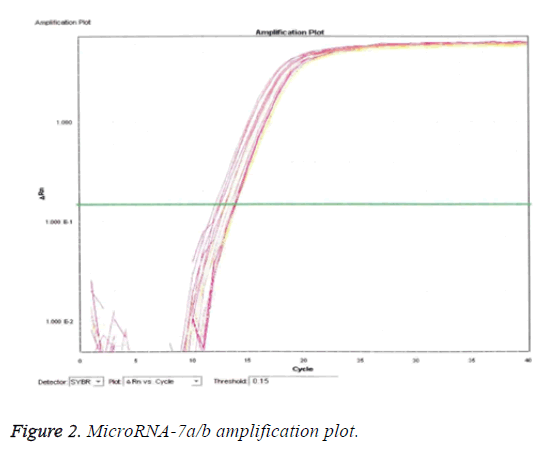 The results of detection of microRNA7a/b are displayed in Figures 3-5. Figures 3 and 4 reveal that U6 (reference gene) and microRNA7a/b sequences were predominantly amplified as evident by the prominent single peak in each the two Figures. Impure peaks were relatively few and less obvious. 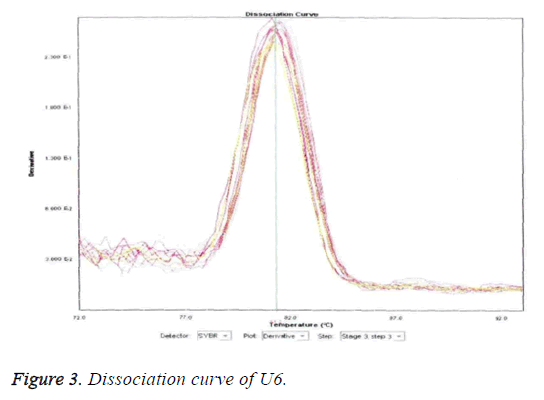 Figure 3: Dissociation curve of U6. 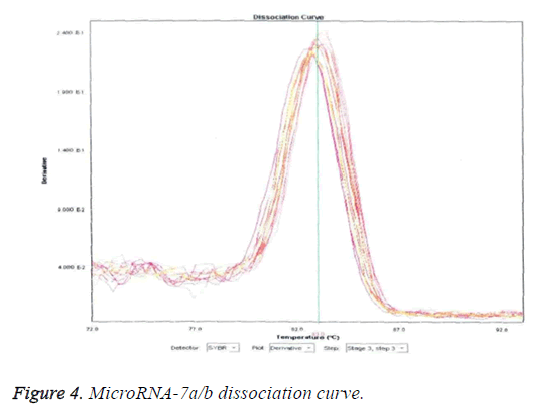 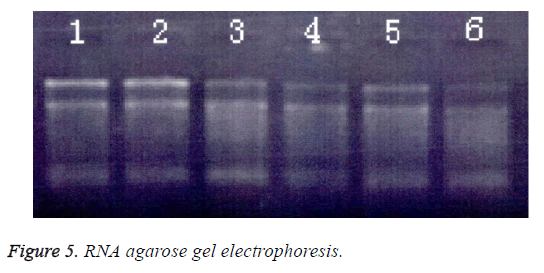 Determination of microRNA-7a/b expression by RTPCR

Table 2: MicroRNA-7a/b expression before and after thrombolysis.

Expressions of hs-CRP, D-D and MicroRNA-7a/b in AMI patients after acute thrombolytic treatment

Table 3: Comparison of hs-CRP, D-D and microRNA-7a/b expressions in the two AMI groups.

Improvements in quality of life and changes in lifestyle have made ischemic heart disease a major threat to people’s health [9]. Statistics have shown that there are about 20 million ischemic heart disease patients in China, with a projected annual increase of 0.5% [10]. Although the re-establishment of blood flow by surgical re-opening of the infarcted arteries is key to saving patients’ lives, studies have shown that reperfusion after constant myocardial ischemia damages the structure of the myocardium. The damage to the myocardium is due to oxygen free radical-mediated apoptosis, and impairment of intracellular energy metabolism [11,12]. Thus, myocardial ischemia reperfusion is associated with complications. However, the mechanisms underlying the reperfusion-induced myocardial damage have not been fully understood. Acute thrombolytic treatment is the main emergency percutaneous coronary intervention in clinical treatment for AMI patients. The major thrombolytic drug used is urokinase, a bi-serine protein extracted from human urine or tissue culture medium of renal cells. Urokinase activates plasminogen to active plasmin which dissolves blood clots in circulation in the AMI patient.

In the present study, the expression of microRNA-7a/b in AMI patients was significantly increased in a time-dependent manner after reperfusion. Moreover, the microRNA-7a/b levels were positively correlated with hs-CRP.

This study is one correlational research. The mechanism is still unclear.

No conflict of interest associated with this work.