Chimeric Antigen Receptor (CAR) T-cell therapy is a technique for genetically altering immune cells called T cells (a kind of white blood cell) in the lab to recognise and destroy cancer cells. CAR T-cell therapy is frequently referred to as cell-based gene therapy since it involves modifying the genes inside T cells to help them attack cancer. Even when other treatments have failed, this type of treatment can be highly useful in the treatment of certain types of cancer [1].

The immune system looks for proteins called antigens on cell surfaces to detect foreign substances in the body. T cells, which are immune cells, have proteins called receptors that bind to foreign antigens and assist other parts of the immune system in killing them. Antigens and immune receptors work together like a lock and key. Each foreign antigen has its own immune receptor that can connect to it, much like a lock that can only be opened with the right key. Antigens can also be detected on cancer cells, but if your immune cells don't have the right receptors, they won't be able to bind to the antigens and help destroy the cancer cells.

T cells are taken from the patient's blood and genetically altered in the lab to include a gene for a synthetic receptor (called a chimeric antigen receptor or CAR). This facilitates in the detection of particular antigens in cancer cells. The CAR T cells are then infused into the patient. Because different malignancies have different antigens, each CAR is customised to that tumor's antigen. CD19 is an antigen found on cancer cells in various kinds of leukaemia and lymphoma, for example [2]. CAR T-cell therapy for some malignancies are designed to attach to the CD19 antigen and will fail if the antigen is lacking.

T-cell collection: White blood cells (which contain T cells) are removed from the patient's blood using a procedure called leukapheresis. During this procedure, patients usually lie in bed or recline in a reclining chair. Two IV lines are required because blood is taken through one line, the white blood cells are isolated, and the blood is then reintroduced into the body through the other line. A central venous catheter, which has both IV lines built in, is a special type of IV line that is sometimes used. The patient must stay seated or lying down for 2 to 3 hours during the procedure. Blood calcium levels may drop during leukapheresis, producing numbness, tingling, and muscle spasms.

CAR T-cell production: After the white cells have been eliminated, T cells are separated, transferred to the lab, and altered by adding the gene for the specific chimeric antigen receptor (CAR) [3]. CAR T cells are the product of this process. These cells are subsequently cultured and multiplied in the lab. It can take weeks to develop the large number of CAR T cells needed for this therapy.

Cytokine Release Syndrome (CRS), or excessive immune system activation, can be extremely harmful to a cancer patient. CRS arises a few days to two weeks after CAR T-cell infusion and disappears in a few days to weeks. CRS affects people receiving CAR T-cell therapy in a variety of ways. Some people only have a high-grade fever, while others have low blood pressure and/or oxygen levels and need ICU treatment, which may entail the use of equipment to keep them alive [4]. Doctors have improved their control of CRS, thus ICU admissions are no longer as common after CAR T-cell therapy. CRS treatment has improved because to tocilizumab, a drug that blocks an important cytokine called IL-6. CRS, on the other hand, is still a possible side effect of CAR T-cell therapy.

Following CAR T-cell therapy, cytokines can sometimes injure the brain, resulting in a condition known as Immune Effector Cell-Associated Neurotoxicity Syndrome (ICANS). ICANS can induce a variety of symptoms, including mild to severe disorientation, tremors, and seizures in rare situations. It has the potential to cause memory loss as well. ICANS is nearly often associated with CRS and usually manifests between 1 and 4 weeks after CAR T-cell infusion. ICANS is reversible, but some symptoms may take longer to disappear.

After 2 to 4 weeks following a CAR T-cell infusion, the person with cancer is often "out of the woods" for more significant complications. They must, however, stay in close proximity to the treatment centre for as long as their doctor specifies. After three months, the doctor will check to determine if the CAR T cells worked [5].

It's important to keep in mind that CAR T cells kill whatever cells they're directed at, even healthy cells. This typically leads in a compromised immune system for several months after treatment. Infections that are only seen in people with severe immunodeficiency could occur. 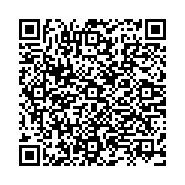