Hyperventilation syndrome: Seldom recognized as a common cause of altered consciousness and other symptoms.

Citation: Tavel ME. Hyperventilation syndrome: Seldom recognized as a common cause of altered consciousness and other symptoms. Arch Gen Intern Med. 2021;5(2):6-7.

For more than a century, we have encountered a condition-now called the “hyperventilation syndrome”-which is characterized primarily by breathlessness, light-headedness or dizziness, weakness, numbness and tingling (paresthesias) and chest pain [1-4]. Organic diseases often fail to account for the symptoms presented in this way, and unless the underlying breathing disorder is properly recognized and managed, the distress usually persists. Contributing to the confusion, the hyperventilation syndrome has been given many names throughout history that include, among others, effort syndrome, neuro-circulatory asthenia and, more recently, panic disorder (panic attacks). The episodes of this disorder often occur from anxiety related to the stresses of daily living, but sometimes they appear in the absence of overt stress in those who likely internally suppress underlying anxiety.

Hyperventilation syndrome is surprisingly common, occurring with an estimated prevalence of approximately 10% of all general medical patients [5]. In reviewing my outpatient records, I have personally encountered it as an explanation or contributor to as many as 15% of patients applying for long-term disability compensation. Hyperventilation is also believed to account for up to 25% of all patients complaining primarily of “dizziness” or “fainting” [4].

Most clinicians recognize acute stress-induced hyperventilation attacks, usually readily identifiable in hospital emergency departments. However, chronic or recurrent hyperventilation problems often are more subtle for a variety of reasons, including the frequent lack of obvious over-breathing, a tendency to focus on seemingly unrelated complaints that are not particularly suggestive of hyperventilation. This, under- appreciation is compounded by little attention devoted to this topic in healthcare schools and medical textbooks.

How emotional stress can induce an excessive respiratory response is likely rooted in the evolutionary "flight or fight" reaction, wherein, in anticipation of the imminent need for increased exertion combined with a surge of epinephrine production, rapid respiration is stimulated. If the expected external forces fail to develop, however, breathing becomes inappropriately great (hyperventilation), which produces hypocapnia, respiratory blood alkalosis, and a complex array of physiologic changes [6] that include widespread vasoconstriction (importantly to the brain) with increased neurological excitability, which are likely responsible for most of the signs and symptoms that include various components including dyspnea, dizziness (described as “lightheaded” sensations), weakness, widespread numbness and tingling (sometimes concentrated over one side) [7], hot or cold sensations, dry mouth, chest pains, muscle spasms, and occasional loss of consciousness. These changes may even produce bronchoconstriction that may actually result in audible wheezing, augmenting the sensation of dyspnea as well as simulating or intensifying preexisting asthma [8]. Thus since hyperventilation can complicate asthma, one should consider both asthma and hyperventilation when encountering features of both conditions.

Although these physiologic changes usually develop rapidly following the onset of hyperventilation, they can easily be maintained indefinitely, by nearly imperceptible hyperventilation, such as by taking an occasional deep breath in the presence of a normal baseline respiratory rate. In this setting, caregivers may fail to recognize the breathing disorder and inappropriately reject it as a possibility. Resulting symptoms may include atypical chest pain, chronic fatigue, mild dyspnea, or exercise intolerance.

How these cases should be recognized and managed

Patients with hyperventilation often present with occasional sighs and/or deep breaths, which are often accompanied by evidence of anxiety. Even though patients may be unaware of the rapid or excessive breathing, if the various complaints include one or more of the several manifestations listed above, hyperventilation should be considered prior to any referral to various specialists such as neurologists or cardiologists. In my experience, the various specialists often fail to properly identify this disorder, and after incurring a hefty array of tests and monetary expenses, patients are usually left frustrated and disappointed.

Further interfering with recognition of this disorder, hyperventilation often occurs in the setting of other widespread somatic complaints lacking physical findings, and given various names such as somatoform or psychosomatic disorders, or presumed physical conditions such as fibromyalgia or chronic fatigue syndrome, which often include overlapping features of anxiety, depression, fatigue and unexplained pains, and might be best classified under one heading such as somatic symptom disorder [9].

Acknowledging the possibility of hyperventilation, the examiner should then instruct the patient to breathe as deeply and as rapidly as possible, preferably in the upright sitting position, for at least two or three minutes, or at least until some discomfort appears that includes numbness and tingling and/or a sensation of dizziness. A more subtle approach is to instruct the patient to continue breathing deeply for 1-3 minutes during auscultation of the chest. If the patient responds affirmatively when asked if the resulting sensations are similar or identical to any of those accompanying the spells, then the diagnosis is either confirmed or strongly suspected. Further confirmation can be accomplished by explaining to the patient the effects of hyperventilation, together with how to control and suppress symptoms through breath-holding. More support can be accomplished at home by instructing the patient to reproduce the various experienced symptoms intentionally by rapid breathing and then terminating them with breath holding. Relieving symptoms through re-breathing into a paper bag has been suggested, but, in my opinion, is usually not required. If subsequent attacks are eliminated by these simple measures, the diagnosis is confirmed I have noticed, however, that, especially in cases in which symptoms have been present for a long time, acceptance and control may be difficult, possibly owing to a deeply ingrained pattern of behavior, and in some cases, possibly owing to hoped for disability judgments or attention gained from family or friends. Also, for uncertain reasons, chest pain often occurring during the attacks may not be reproduced promptly by the rapid breathing manoeuvre. When necessary, a cardiac origin of such pain can usually be excluded by appropriate testing. In such cases, breath control and/or simple reassurance may be all that is required to minimize or eliminate pain and reduce superimposed anxiety.

The diagnosis of panic disorder offers a special challenge: “Panic attacks,” according to the criteria listed in the current psychiatric handbook [10] include, among others the following features: trembling or shaking, sensations of shortness of breath or being smothered feeling of choking, chest pain or discomfort, feeling dizzy, unsteady, lightheaded, or faint, chills or hot flashes, and paresthesias (numbness or tingling sensations), chills or hot flashes, and palpitations, and/or accelerated heart rate. Although these manifestations are listed as inherent to the panic disorder itself, they are identical to the typical features already cited for the hyperventilation syndrome. The fear and anxiety that initiate the panic response are often compounded by the unpleasant subjective complaints caused by the over breathing itself. This, in turn, further increases the fear and rapidity of ventilation, thus creating, in effect, a vicious cycle. By demonstrating the role played by the aggravating hyperventilation, the caregiver can interrupt this feedback cycle sufficiently to ameliorate, or even eliminate, the panic response itself. In order to accomplish this objective, however, this requires recognition that the breathing disorder is a major component of the panic state.

A wide variety of patients manifest features that strongly suggest the presence or contributory role of hyperventilation, but, unfortunately, this diagnosis is seldom considered. Thus provocative testing is seldom, if ever, performed and accurate diagnosis is never established. Those managing large general medical populations would be well advised to consider this diagnosis far more frequently. Various specialty groups would also benefit from such awareness. The results could be very gratifying to both patients and clinicians alike. 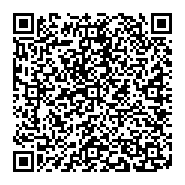