Human brain is the most complex organ which is connected to the entire body through neuronal network systems. Journal of Brain and Neurology covers the morphological, metabolic and functional aspects of brain and neural network systems. The reports in the current issue relate to prevention of neonatal brain injury and improved technological applications for diagnosis of cerebral hemodynamics and treatment of neural dysfunction. The condition of hypoxia and ischaemia leading to encephalopathy are major causes of brain injury in neonates at birth. Based on a review, Hutchon [1] have observed that early cord clamping exacerbates hypoxic ischaemia of cerebral circulation and suggested improvement in the labor room practices to avoid this iatrogenic injury. Cerebral angiography method of diagnosis for cerebrovascular pathologies is associated with invasiveness and risk of complication. Abdullaiev et al. [2] evaluated a non-invasive triplex mode transcranial dopplerography of circulation in main arteries in the circle of Willis. The technique allowed visualization of the venus galen, the rosenthal vein, and the direct sinus in most of the cases and was therefore suggested for use in diagnosis of pathological disruption of cerebral hemodynamics. Schizophrenia is a chronic psychiatric disorder. Numerous antipsychotic pharmacological agents have been developed. However, these drugs operate systemically and show persistent side effects. Transcranial Magnetic Stimulation (TMS) allows specific targeting of cortical areas associated with cognitive dysfunctions. Graziano et al. [3] observed that that repetitive TMS (rTMS) delivered at low or high frequency can enhance or reduce the neural excitability in various brain regions. The study emphasized on better experimental designs as well as optimization of simulation and response parameters for effective TMS intervention. The topics covered in this issue are of significance in improvement of brain and neuronal functioning. 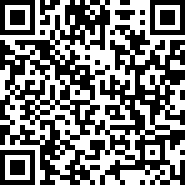