Has screening had a significant influence on colorectal cancer incidence and mortality?

Citation: Rawla B. Has screening had a significant influence on colorectal cancer incidence and mortality. J Clin Oncol Cancer Res. 2022;5(6):126

The mortality and incidence rates for cancer in the United States and Japan are compared. These reveal significant differences, especially when compared to cancers of the stomach and liver, which are more prevalent in Japan, and cancers of the lung, prostate, breast, endometrial, pancreas, and colon, all of which are significantly more common in the United States. But as Japan's way of life becomes more like Western culture, the differences are becoming less noticeable. The United States and Japan's historical data are presented, and they may help explain some of the variations in these diseases' incidence rates

The study of the factors influencing cancer is known as epidemiology, and it is done in order to deduce potential trends and causes. Finding the origin of cancer and identifying and developing better treatments are the goals of the study of cancer epidemiology [1]. The issues of lead time bias and length time bias must be addressed in this field of study. Lead time bias is the idea that early diagnosis could artificially boost cancer survival rates without really altering the course of the disease. Length bias is the idea that slower-growing, more indolent tumours are more likely to be detected by screening tests. However, with the establishment of screening programmes, gains in the detection of more cases of indolent cancer may not transfer into better patient outcomes. The biggest risk element is ageing. Robert A. Weinberg, a cancer researcher, asserts that "if we lived long enough, we would all eventually get cancer." Increased lifespans are largely to blame for the rise in cancer rates between prehistoric times and the deaths in England between 1901 and 1905 [2]. The age-related rise in cancer risk is well known, yet the age-related cancer patterns are intricate. For unexplained causes, the incidence of some cancer forms, such as testicular cancer, rises in the early years of life. Additionally, the incidence of different cancer kinds increases at different rates due to ageing, with prostate cancer increasing far more quickly than brain cancer. It has been suggested that the probability of accumulating the necessary number of driving events by a certain age can be seen as the age distribution of cancer incidence. The use of exogenous hormones (for example, hormone replacement therapy causes breast cancer), exposure to ionising radiation and ultraviolet radiation, as well as specific occupational and chemical exposures, are additional lifestyle and environmental factors that are known to affect cancer risk (either positively or negatively). The digestive tract is exposed to bile acids, which the body produces to digest fatty foods, more frequently when following a Western diet. Endogenous bile acids are probably the cause of gastrointestinal cancer [3]. At least 200,000 people worldwide pass away from cancer connected to their line of employment each year. Millions of employees are at danger of contracting leukaemia from exposure to benzene at work or malignancies like pleural and peritoneal mesothelioma from asbestos inhalation. Currently, the industrialised world is where occupational risk factors result in the majority of cancer deaths. Occupation is thought to be responsible for 20,000 cancer deaths and 40,000 new instances of cancer each year in the United States [4]. More than 1300 Indians lose their lives to cancer every day, according to the National Cancer Registry Programme of the India Council of Medical Research (ICMR). The mortality rate from cancer increased by almost 6% between 2012 and 2014. Out of the 2,934,314 cases documented in 2012, 478,180 deaths occurred. Out of 3,016,628 cases, there were 465,169 fatalities in 2013. Out of 2,820,179 cases, 491 1,598 persons passed away in 2014. The incidence and mortality of cancer are highest in the nation's northeast, according to the Population Cancer Registry of the Indian Council of Medical Research. The most prevalent type of cancer is breast cancer, while the most common cancer-related death in the general population is stomach cancer. Lung cancer and breast cancer are fatal [5].

A variety of chances to better understand the causes of cancer, the natural histories of the various forms of cancer, and the factors that determine survival after a cancer diagnosis are presented by the integration of molecular biologic techniques into epidemiologic studies. The availability of tissues in which biological measures may be made across the spectrum from exposure to death is a defining feature of molecular epidemiology investigations. The fundamental notion of heterogeneity of exposures, susceptibility, and tumour types—is another distinguishing feature. This implies that in order to allow stratification by these various forms of heterogeneity, very large research will be required. 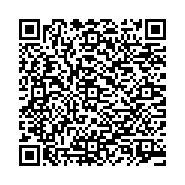