It is functional and self-defense energy of the body, the rejection of toxins at the level of the lymph acts on the protection of the body from all destructive energy at the moment when the radioactive rays act directly on the vision of the producing cells. Females at the blood level = Body

It is an impulsive energy that allows the elimination of any toxic body accessing the envelopment of neurons that are made of a very thin but very strong connective and protective tissue acting on the lymph. Its texture is formed from chromosomes very rich in proteins and iron, it mainly participates in the constitution of embryonic cells, this element projects rays that act directly on the gray matter fighting in this way any radioactivity or viral infection in the body for this reason, in the event of failure, a malfunction occurs which in turn causes the elimination of the agent, so a substantial imbalance in the bones appears. This imbalance subsequently affects the spinal cord and causes lesions via atmospheric radioactive waves = Brain

Gravity G- is a Pain treatment product. It is capable, up to a certain point of going back to the cause and acting on it. It acts on several levels: it is recommended for its curative power, this product is able to act on the nerve centers to annihilate the perception of the pain or its translation in terms of intensity. When applied to the affected area of the body it will eliminate the pain, it is designed to eliminate pain in extreme intensity, it is the fruit of many years of researches. As a result of my study pain is caused by an external environment originating from an atmospheric failure, affecting in depth the body energetic metabolism.

Gravity G- is a Remedy that is placed under an external application that reacts on the lymph and spreads to the Gray matter. Its active effect at the level of the organism will not allow any shaking of the defensive cells at the level of the organism and reacts directly on the gray matter and acts on the heart and cell rhythm and goes up to the neurons. Gravity G-‘s components are natural, free from any chemical materials give a tenacity and rebalances the body energies that leaves place for remarkable body immunity. Gravity G- formula eliminates pain in an immediate and lasting way. Gravity G- shower or bath capsule is preferable for critical pains to be used in Balneotherapy and Thalassotherapy to give you vitality and energy, contain a creamy gel with a pleasant scent of natural plants and extracts of essential oils.

Incasethebodyenergies’ Relativityfailsas soonasthetoxins inthebody roll up in carbon, which weakens the activity of the Oxygen agent and leads to an imbalance in the iron rate in the body the pain takes place.

Pain is an infection caused by an external atmospheric virus originating from an atmospheric failure and affecting in depth the body metabolism. The cure must be fixed on a Remedy that is place under an external application that reacts on the lymph. Its active effect at the level of the organism will not allow any shaking of the defensive cells at the level of the organism and act on the heart and cell rhythm and goes up to the neurons Gravity G- composition is natural it gives tenacity and rebalances the body energies that leaves place for a remarkable body immunity. 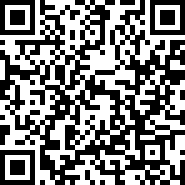