Genomics, proteomics and its scope.

Genomics is the study of genomes, which refers to a cell's or organism's entire complement of genes or genetic material. Genomics is the study of an organism's genes. It is the study of how genomes work. The genome does not change. An organism's cells all have the same set of genes. In genomics, high throughput techniques are used to map, sequence, and analyse genomes. Gene sequencing strategies such as directed gene sequencing, whole-genome shotgun sequencing, the construction of expressed sequence tags (ESTs), the identification of single nucleotide polymorphisms (SNPs), and the analysis and interpretation of sequenced data using various software and databases are among the techniques used in genomics. Structural genomics and functional genomics are the two forms of genomics. The Human Genome Project and other genome sequencing initiatives are key fields of genomics. Genomic research is critical for understanding the structure, function, placement, and control of an organism's genes. Because of control at the RNA and protein levels that cannot be seen in Genomics investigations, genes in the nucleus may not correctly depict conditions in the cell.

The field of molecular biology known as proteomics analyses the collection of proteins expressed by an organism's genome. The study of all the proteins in a cell is known as proteomics. It is the study of how proteomes function. The proteome is dynamic and changes throughout time. Gene expression influences the types of proteins produced in various tissues. The use of high throughput technologies in proteomics allows for the characterization of the 3D structure and function of proteins. Proteomics techniques include protein extraction and electrophoretic separation, trypsin digestion of proteins into minute pieces, mass spectrometry determination of amino acid sequence, and identification of proteins using information from protein databases. Furthermore, software-based methods can be used to anticipate the protein's 3D structure. Protein microarrays can be used to investigate protein expression. Protein-protein interactions can be determined using protein-network mapping. Structural, functional, and expression proteomics are the three categories of proteomics. The creation of proteome databases such as SWISS-2DPAGE and software for computer-aided drug design are major fields of proteomics. The study of a cell type's whole assortment of proteins is done in order to better understand its structure and function. Because proteins are the functional molecules in cells and represent actual conditions, proteomics investigations are more beneficial.

The development of DNA sequencing and whole genome sequencing efforts, particularly the Human Genome Project, has broadened the scope of DNA sequence information's applicability. Metagenomics, pharmacogenomics, and mitochondrial genomics are just a few of the domains where genomics is presently being employed. The most well-known use of genomics is to better understand diseases and discover remedies.

Pharmacogenomics: Pharmacogenomics is the study of pharmacological effectiveness and safety based on information from an individual's genetic sequence. On the basis of a patient's genotype, personal genome sequence information can be utilised to recommend pharmaceuticals that are most effective and least hazardous. Changes in gene expression could reveal information about the gene transcription profile in the presence of the drug, which could be used as an early warning sign of probable toxicity.

Metagenomics: Microbiology has traditionally been taught with the assumption that microorganisms are best studied in pure culture conditions, which entails isolating a single kind of cell and growing it in the lab. Microorganisms can go through many generations in just a few hours, thus their gene expression profiles adapt fast to the changing laboratory environment. Many species, on the other hand, are resistant to being cultivated in isolation. Most bacteria do not exist in isolation, but rather as biofilms, which are microbial communities. Pure culture is not necessarily the ideal technique to research microorganisms for all of these reasons. Metagenomics is the study of numerous species' genomes as they grow and interact in a certain ecological niche.

The western blot, also known as a protein immune blot, is a technique for detecting proteins in a sample that combines protein electrophoresis and antibodies. In comparison to the other procedures, a western blot is relatively quick and easy to perform, and can thus be used as an assay to confirm the results of other investigations. The protein sample is separated using gel electrophoresis, then transferred to nitrocellulose or another type of membrane and stained with a primary antibody that binds to the protein of interest. A secondary antibody that is fluorescent or radioactively tagged binds to the primary antibody and allows for detection by photography or x-ray film.

Proteomics, or the study of proteins, is important in cancer research and treatment. To better understand the genetic basis of diseases, researchers are studying the genomes and proteomes of patients with specific disorders. Cancer is the most common disease investigated using proteomic techniques. Proteomic techniques are being utilised to improve cancer screening and early diagnosis by identifying proteins whose expression is influenced by disease progression. 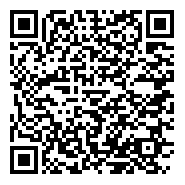