Leptin is an adipose tissue derived hormone, which has a crucial role in regulating food intake and energy expenditure. Leptin is also an important metabolic regulator, which maintains glucose and lipid homeostasis. After identification of its influences on body weight and fat mass in leptin deficient obese rodent models, leptin supplementation was used for the treatment of obesity in human. However, the administration of leptin was failed to reverse obesity in human. Obese people have found to be hyperleptinemic. Now, it is well-known that there is a positive correlation between serum leptin level and amount of adipose tissue (Considine, 1996). The high serum leptin levels in obese subjects suggested that the decreased sensitivity to leptin action was sustained the fat mass. Since exogenous obesity is associated with hyperleptinemia caused by leptin resistance, the restoration of leptin sensitivity should be considered as a useful strategy to treat exogenous obesity.

What are the underlying mechanisms of leptin resistance? Although the exact mechanisms that cause leptin resistance are still unknown; the Endoplasmic Reticulum stress (ER), hypothalamic inflammation with attenuated leptin signaling, defective leptin transport across the blood brain barrier and reduced activity of sirtuin 1 were accused of leptin resistance. Currently the ER stress is the most prominent factor, which is also targeted by drug development strategies. ER stress pathways seem to be important in weight gain and metabolic dysfunction (Hakim, 2015).

It was shown that the increased ER stress in the hypothalamus of obese mice inhibited leptin receptor signaling and resulted in severe leptin resistance and obesity, during a high-fat diet. One of the earliest leptin sensitizers, 4-Phenylbutyrate (4-PBA), is a chemical chaperone, which inhibits adipogenesis by decreasing leptin resistance. The mice fed with a high-fat diet supplemented with 4-PBA showed a significant reduction in weight gain when compared to high-fat diet alone (Basseri, 2009). Another chaperone which is Tauroursodeoxycholic Acid (TUDCA), have been shown to increase the leptin sensitivity together with PBA in both genetic and diet-induced obesity models (Ozcan, 2009). It can be suggested that the ER stress contributes to adipogenesis and blocking the ER stress by leptin sensitizers prevent weight gain in mice.

Betulinic Acid (BA), which acts as a leptin sensitizer, suppressed the hypothalamic protein tyrosine phosphatase 1B in mice and enhanced the anti-obesity effect of leptin in Diet-Induced Obese (DIO) mice. Ethanol extract of Orthosiphon Stamineus (OS) acts as an endogenous leptin expression stimulant. Whereas BA or OS alone did not decrease the body weight in DIO mice, the combination of BA and OS decreased it significantly when compared to either BA or OS treated alone DIO mice. This study showed that the combination of BA and OS would be effective for the treatment of obesity by restoring leptin sensitivity (Choi, 2013). Although PBA, TUDCA and BA are effective leptin sensitizers in murine models, the supra-physiologic doses are required to be effective in humans. Therefore it seems unlikely to use them in clinical practice.

One of the emerging leptin sensitizers is celastrol, a new oral agent found in the roots of the Tripterygium wilfordii plant (commonly known as thunder god vine). Celastrol was shown to decrease food consumption and cause weight loss in hyperleptinemic and leptin resistant DIO mice. Interestingly, while it reduced body weight by 45% in obese DIO mice, it showed a minimal effect on food intake and body weight in lean, ob/ob and db/db mice. Celastrol reduces ER stress by decreasing the PERK phosphorylation. It reduces the amount of food intake and its effect gradually diminishes as the obese mice lose weight and leptin levels return to normal. Since, its mechanism is to decrease appetite; it does not reduce energy expenditure as seen in long-term starvation (Liu, 2015). In addition to leptin sensitizer effect, celastrol mitigates articular cartilage lesions, both in cartilage tissues and chondrocytes in mice by the mechanism of NF-kB inhibition. This may also be important for obese people as secondary osteoporosis is one of the debilitating complications of obesity (Liu, 2016).

Another emerging leptin sensitizer is Withaferin-A. It caused 20–25% reduction of body weight in DIO mice while improving some of the obesity-associated abnormalities such as hepatic steatosis and glucose hemostasis. Withaferin-A treatment has minimal effect on the body weight of ob/ob and db/db mice, both of which are deficient in leptin signaling, indicating that it is a leptin sensitizer. One cons of Withaferin-A is being injectable as administration route and one pros is showing additional antidiabetic action that occur independently of its weight loss effect in clinical settings (Lee, 2016).

As there is a huge demand to find an ideal leptin sensitizer to cure obesity, current studies focused on rodent obesity should be translated to human obesity successfully. Leptin sensitizers improve leptin resistance by acting at different steps of the leptin pathways; therefore clinical trials with newer agents should be done in order to define the actual effect of each one. If new leptin sensitizers will work in human as similar to murine models, they may provide an effective and sustainable therapeutic approach for treatment of obesity. 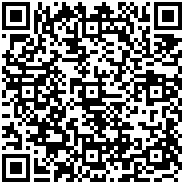