#These authors contributed equally to this work as co-first author

Methods: 60 patients undergoing general anesthesia patients were randomly divided into two groups figure that etomidate group and propofol group. All patients were using target-controlled infusion of intravenous anesthesia drugs, for two groups of patients after induction of anesthesia whichever venous blood samples. Until the patient is conscious, breathing normally pulls out after the endotracheal tube. Routine testing and record the ECG, heart rate, noninvasive blood pressure and transcutaneous oxygen saturation changes in two groups of patients; respectively before anesthesia (T0) , after anesthesia (T1) , before surgery, after surgery 24 h (T2-T4) five time points blood 3 ml, measured in patients with venous blood plasma cortisol, and the use of immunosuppressive biochemical reagents and electrochemical methods of measurement; the two groups were recorded during anesthesia and intensive care unit of adverse reactions.

Conclusions: TCI etomidate and propofol emulsion can better inhibit perioperative stress response, and the control in the normal range, and within 24 h after recovery to normal levels.

With unceasing progress of human society, the human’s lifespan prolongs continuously, resulting in growing ratio of elderly patients [1,2]. Partly estimated [3-5], people over 60 y in China have accounted to 8.65% of population. As a special group, because their organs degenerate in different extent with increasing age, the elderly patients may suffer some diseases which adds the perioperative risk, so the anesthesia for them is essential during this period [6]. Etomidate, an artificial derivative of imidazole, has a short-acting somnolent effect. Given it cannot relieve patients’ pain during operation, etomidate should be used in combination with analgesic [7-9]. This study is to explore the effect of etomidate emulsion and propofol on perioperative adrenal cortical function of the elderly and to analyse its feasibility on the elderly anesthesia through clinical observations on the change of patients’ cortisol and hemodynamics during perioperative period.

A total of 60 elderly patients who underwent selective general anesthesia with tracheal intubation admitted from May 2015 to May 2016 in our hospital were enrolled, 38 male, 22 female, aged from 65 to 82, (72.84 ± 5.74 y) in average. If the patients were classified as the grades I and II according to the classification on patients’ physique and operative risk before surgery of American Society of Anesthesiologists (ASA), if their weight wasn’t lower or higher 20% than standard body weight, and if their perioperative mortality was less than 0.40%, they would be eligible for this study. While if patients suffered evident heart and lung dysfunction, if they had severe kidney and liver dysfunction and metabolic diseases, if their fasting blood glucose was 6.0 mmol/L before operation or they had electrolyte disturbances or severe shock, and if they were allergic to emulsion or received hormone therapy, they would be ineligible. There were 12 cases with esophageal cancer, 10 lung cancer, 8 liver cancer, 14 cervical cancer, and 16 thyroid cancer in the study. 60 selective surgical patients with general anesthesia were assigned into two groups by random-digit dialling, namely etomidate group (E group) and propofol group (P group), with all of them or their families gave written informed consent made by the society for the study of medical ethics of our hospital before treatment.

60 selective surgical patients with general anesthesia were split up into two groups by random-digit dialing, namely etomidate group and propofol group, and received intramuscular injection of phenobarbital and scopolamine before operation. Mechanical ventilation was performed after trachea incubation, with setting tidal volume to 6-8 ml/kg, respiratory rate at 12-16 bpm, inspiratory/expiratory ratio at 1:2, maintaining end-tidal CO2 between 35 and 45 mmHg. Both groups were given anesthesia drugs intravenously by target-controlled infusion pumps. In etomidate group, the pharmacokinetic parameter of target-controlled infused etomidate adopted model Arden, and that of remifentanil applied model Minto, and that of vecuronium used model Marche, while in propofol group, the pharmacokinetic parameters of all drugs apart from propofol which adopted model Marsh used same parameters with etomidate group. All patients in both groups were infused remifentanil by means of target-controlled and given cisatracurium besylate by IV push intermittently to maintain their muscular relaxation and steady circulation during surgery [10-12]. All patients were collected venous blood samples after anesthesia induction and extubated when they woke up and got normal breathing.

The change of ECG, heart rate, non-invasive blood pressure, and SpO2 of patients in two groups were regularly detected and recorded. In order to test patients’ plasma cortisol, each of them were collected 3 ml venous blood at five different times, including before anesthesia (T0), after anesthesia (T1), before operation (T2), during operation (T3), and 24 h after operation (T4), which were detected using immune-biochemical reagents and electrochemistry, of which manipulations were strictly under introductions. Adverse reactions of both groups, like fibrillation atrial, restlessness, cough, hypertension, and palpitation, appeared during anesthesia and in ICU, were recorded.

The data was analysed by software SPSS 17.0. Quantitative data was expressed as mean ± SEM, and patients’ data in two groups was analysed by either t-test or within-group repeated-measures ANOVA. The statistical difference was defined as P<0.05.

Effect on the change of perioperative blood glucose, cortisol levels, and hemodynamic in two groups

Only a fraction of patients in two groups suffered side effects including nausea and vomiting during surgery, and compared their incidence, the difference had no significance (P>0.05), however, both groups had one patient with sleepiness after extubation, there was no statistic difference (P>0.05). Furthermore, no patients had intraoperative awareness after surgery (Table 2).

In recent years’ clinical operations, general intravenous anesthesia has been widely applied for its advantages, such as giving drugs through vein instead of airway, reducing the contamination in operation room, and lowering patients’ and doctors’ discomfort. With the advance of science, technology, and anesthesia instrument, Target-Controlled Infusion (TCI) has brought into general anesthesia, providing probability on accurately controlling the depth of anesthesia, and it is increasingly used in clinical anesthesia for the elderly patients [13,14]. After analysed on operative risks of the elderly patients, it is known that age, whole physiology, emergency or selective surgery, and the type of operation are four major factors.

Most past general anesthesia might adopt etomidate emulsion and protofo to anaesthetize patients, nevertheless, for the elderly patients with special physique and worse tolerance, etomidate emulsion with better cardiovascular stability, during the surgery, has little effect in anesthesia because of its definite inhibition on patients’ adrenocortical function. Some researches indicates [15-19] that, etomidate, only through general intravenous anesthesia, can consistently control patients to maintaining anesthesia secretor state for 24 h during perioperative period, which proves that this control only has chronergy. 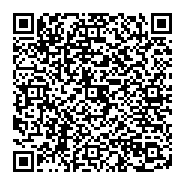