Systemic lupus erythematosus is a rare multisystem autoimmune disorder in which there is production of autoantibodies, which cause damage to the host body. The most commonly involved are the renal and cardiovascular systems, and the liver is rarely affected and initially manifests as abnormal Liver function tests. The cause for liver involvement can be lupus itself which presents as lupus hepatitis, autoimmune hepatitis or due to some drug treatment the patient could have undergone in the past. The diagnosis of autoimmune hepatitis includes clinical and laboratory findings which are characteristic to this disorder, abnormal serum globulin levels, histologic abnormalities and whether one or more characteristic autoantibodies are present. Unlike AIH diagnosis of lupus hepatitis is based on that of exclusion and appropriate treatment should be immediately prompted. Lupus hepatitis shows response with corticosteroid therapy usually lupus hepatitis responds well to treatment. Drugs such as prednisone and hydroxychloroquine show good response in SLE. Diagnosing liver disease in SLE is a cumbersome task Here we report a rare case of a 56-year-old female patient who was a known case of systemic lupus erythematosus and cirrhosis. She presented in the outpatient department with altered sensorium, generalised weakness, and loss of appetite, bilateral pedal edema and icterus. She was a diagnosed case of SLE since 5 years and cirrhosis of liver which was done 2 years ago. She had stopped using the SLE drugs prescribed to her since a year and was managed for her recent admission with antibiotics, antiemetics, antacids, beta blockers, laxatives and globulin.

Systemic lupus erythematosus (SLE) which is one variety of autoimmune connective tissue conditions characterised by a wide range of clinical symptoms, the majority of which afflict women. SLE has an incidence of 14 to 60 per 100,000, according to reports. The inference being the incidence of SLE in India is relatively low [1]. Loss of weight, malaise, and joint pain are the most typical symptoms of this condition, with joint pain being the most common. Fever and skin rash are the most prevalent physical manifestations, while anaemia, leukopenia, and an increased erythrocyte sedimentation rate are the most common laboratory results [2]. Treatment commonly involves nonsteroidal anti-inflammatory drugs (NSAIDs), immunomodulators and towards symptomatic treatment.

Many lesions are caused by this condition, which characterized by inflammation as well as the development of autoantibodies in the host body. Lupus nephritis and neuropsychiatric Systemic lupus erythematosus are the most frequently severe manifestations of this condition, which are contributing for the increased morbidity and mort ality associated with SLE [3]. The haematological system is frequently the first to be affected, followed by skin and mucosal involvement, arthritis, and nephritis [4].

Around half of all patients with such an autoimmune condition have liver impairment, and such patients with SLE and elevated liver enzymes can give a difficult and complicated case and diagnosis [5]. Abnormal liver function tests which often are a rare manifestation, can be caused by a variety of factors. (Drug induced or viral) including the SLE itself. Clinical manifestations of advanced liver disease with cirrhosis and liver failure in persons with connective-tissue disorders are uncommon. In people with SLE, the liver is rarely affected, with cirrhosis accounting for about 1-2 percent of cases. Cirrhosis patients have a much greater rate of the implicated haematological system, including thrombocytopenia and leukopenia. Cirrhosis-related hypersplenism may potentially lead to peripheral cytopenia.

There are very few cases reported of cirrhosis along with SLE. Almost all resulting in death.

A 56-year-old female patient came to the medicine opd with chief complaints of altered sensorium, generalised weakness, and loss of appetite, melena, and bilateral pedal oedema for two days, an episode of vomiting three days ago as well as history of abdominal distension for 2 months. There were no complaints of fever, chest pain, breathlessness, palpitations, seizures, hematemesis, haemoptysis or trauma. On examination she was afebrile on touch, her pulse rate was 100 beats per minute, regular in rhythm, normal volume and character measured in the left radial artery, blood pressure was 110/70 mm of Hg in the right brachial artery, sp02 was 100%.

She was a known case of SLE since 2015 (positive immunological test for antinuclear antibodies and ANA tires) and had stopped using the drugs prescribed to her for SLE since a year. She was also diagnosed with cirrhosis of liver in 2019 with signs of portal hypertension and ascites. There was history of herpes zoster in 2014. There was no history of any allergies, diabetes mellitus, hypertension, asthma or thyroid disorders.

There is no significant family history.

On Per Abdomen examination

The abdomen and flanks were distended; umbilicus was everted and there were no dilated veins. There was tenderness on palpation and splenomegaly, Fluid thrill and shifting dullness was present.

USG of Abdomen showed the liver to be shrunken in size with a nodular appearance and evidence of gross ascites. There was associated splenomegaly of size 15.5 cm with peri splenic collaterals.

Based on these findings, a diagnosis of SLE accompanied with cirrhosis of liver most probably due to drugs, autoimmune hepatitis or lupus itself complicated by portal hypertension was made.

The patient was started on antibiotics, antiemetic, antacid, beta blocker, laxative and was given vitamin k, thiamine and albumin injections. Ascitic fluid tapping was performed under aseptic conditions and was sent for lab testing which gave no significant finding. Patient received multiple blood transfusions throughout her admission. Over the next week the patient’s condition deteriorated further with her going into a comatose state the next day and showed signs of liver cell failure such as icterus, fetor hepaticas, ecchymosis patches and breast atrophy. The patient had an unsatisfactory response despite adequate management. The patient regained consciousness after being in a stuporous state for 2 days and was then conscious and oriented to time, place and person, there was no obvious improvement in the patient’s condition and she eventually succumbed to respiratory failure. (Multi organ)

Systemic lupus erythematosus (SLE) is an autoimmune disorder which commonly involves the renal and the cardiovascular system. The most common cause of death being due to renal involvement. The differential for liver signs in a patient with SLE can be classified as attributable to non-immunological comorbidities, an overlap of another immunological condition, or lupus hepatitis, depending on the underlying aetiology [6] non-immunological aetiologies, such as past hepatotoxic medication treatment, viral hepatitis, or alcohol consumption, are generally implicated [7]. Almost all medicines used to treat SLE and other comparable disorders, such as nonsteroidal anti-inflammatory drugs, are likely to account for the liver damage found in such patients [8].

Another diagnosis for liver damage is lupus hepatitis, which eventually leads to the primary reason being lupus itself [9]. Due to wide range of causes of liver damage involved with lupus, diagnosis of lupus hepatitis proves to be difficult. Additionally, to complicate, any liver changes seen in such a case are nonspecific. Serological tests to rule out viral agents, autoimmune tests, and other important should be done to rule out lupus hepatitis due to other causes. Autoimmune hepatitis is another possible cause. The diagnosis must always be assumed in all people with recently discovered mild liver test abnormalities and further evaluation must be performed and looked into. Symptoms appear in around 26% up to 70% of individuals with this presentation and occur within 2 to 120 months. And the histological findings, including the frequencies of moderate to severe interface hepatitis, periportal fibrosis, and bridging like fibrosis, are almost identical between asymptomatic and symptomatic individuals. Liver biopsy must be performed in such cases [10].

In patients with SLE, the distinction between hepatic involvement caused by hepato-toxic drugs, viral hepatitis, nonalcoholic fatty liver disease and superimposing autoimmune hepatitis (AIH) as an independent disease has not been clearly proven. Among the wide spectrum, cirrhosis is one of the rare manifestations. When comparing to the no cirrhosis group, SLE patients having cirrhosis had a considerably higher death rate, with cirrhosis accounting for more than half of all fatalities, implying a worse outcome than SLE patients without cirrhosis [11]. Our patient tested negative for the autoimmune Hepatitis test and a liver biopsy would have helped in narrowing down the diagnosis. But a Liver biopsy could not be performed as it is contraindicated due to coagulopathy. The next step could have been a liver transplant, but its effectiveness has little literature data. A wide range of new therapies are currently showing promise such as B cell survival factors, blockade of T cell stimulation etc [12-15].

Patients should be screened better for Hepatic involvement in early stages of SLE to improve prognosis and fatalities associated with the hepatic complications which are often overlooked. Patients are usually treated for such rare manifestations when they present as the complications, but such a circumstance can be avoided if such patients are screened and appropriate preventive measures are taken priorly before the fatal outcomes. This will improve the outcome of such patients. (Interventions that can be included apart from initial clinical assessment are performing USG / CT scan. MRI is a helpful, on invasive procedure to screen patients for complications. 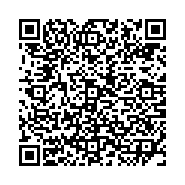