There is increasing evidences that favor the prenatal beginning of schizophrenia. This evidences point toward intrauterine environmental factors that act specifically during the second pregnancy trimester producing an immediate damage of the brain of the fetus. the present available technology doesn't allow observing what's happening at cellular level since the human brain isn't exposed to an immediate analysis therein stage of the life in subjects at high risk of developing schizophrenia. Methods. In 1977 we began an immediate microscopy research of the brain of fetuses at high risk from schizophrenic mothers so as to finding differences at cellular level in reference to controls. Results. In these studies we've observed within the nuclei of neurons the presence of complete and incomplete viral particles is reacted in positive form with antibodies to herpes simplex hominis type I [HSV1] virus, and mitochondria alterations. Conclusion. The importance of those findings have practical applications within the prevention of the illness keeping in mind its direct reference to the aetiology and physiopathology of schizophrenia. A study of amnionic fluid cells in women in danger of getting a schizophrenic offspring is taken into account. Of being observed an equivalent alterations that those observed previously within the cells of the brain of the studied foetuses, it might shall these women in risk of getting a schizophrenia descendant, previous information of the results, the voluntary medical interruption of the pregnancy or early anti HSV1 viral treatment as preventive measure of the later development of the illness.

Schizophrenia may be a chronic mental disease affecting approximately 1 percent of the population. Beginning in early adulthood, schizophrenia typically causes a dramatic, lifelong impairment in social and occupational functioning. From a public health standpoint, the prices of treatment and lost productivity make this illness one among the foremost expensive disorders in medicine. Despite the tremendous economic and emotional costs, research on schizophrenia lags far behind that on major medical disorders. A primary impediment to developing simpler treatment is that the limited understanding of the etiology and neurobiology of this disorder. New technologies, like neuroimaging and genetics, are removing the obstacles that when blocked major progress within the field.

Although the stigma related to the illness has not yet been eliminated, these new techniques have markedly altered the conception of the character of schizophrenia. one among the foremost rapidly changing fields is genetics. Family, twin, and adoption studies have clearly shown that genes play a prominent role within the development of schizophrenia. Estimates of heritability typically range from 50 to 85 percent. Initial attempts to isolate major genes using linkage studies were unsuccessful, but newer approaches using increasingly sophisticated methods have uncovered several chromosomal regions which will harbor genes of minor effect. It seems likely that schizophrenia is that the results of the interaction of the many genes, a number of which also interact with environmental factors. Investigations of environmental factors is checked out the role of stress, viruses, obstetrical complications, and in utero insults, among others. None of those are definitively shown to be causative. it's possible that different combinations of genetic and environmental factors affect specific neurobiological systems, resulting in a final common pathway of neural dysfunction. Several neurobiological abnormalities are found to possess major implications for understanding the pathophysiology of schizophrenia.

The primary are structural brain abnormalities. Initially seen decades ago using pneumoencephalography, structural changes more clearly delineated using computed tomography and resonance imaging. the foremost commonly reported alterations include enlarged lateral ventricles, enlarged ventricle, and reduced volume of variety of structures, including hippocampus, amygdala, and frontal and temporal cortices. These abnormalities may predate the onset of illness. Second, functional cortical deficits are seen with a spread of techniques, like neuroimaging and neuropsychological testing. Prefrontal and lobe dysfunction is most prominent, and is possibly associated with structural abnormalities. Third, neuropathological studies have consistently did not find any evidence of gliosis to account for the structural deficits. If anything, they have a tendency to seek out subtle cytoarchitectural alterations. The recurring theme of this research suggests some sort of failure in neuronal migration, orientation, or connectivity. Finally, several neurotransmitter systems appear to play a task, particularly within the expression of positive also as negative psychotic symptoms. Evidence for alterations within the dopamine system is that the most compelling. Other neurotransmitters have also been implicated, including glutamate, serotonin, and γaminobutyric acid (GABA). 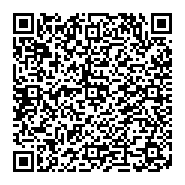