Objectives: Essential hypertension is the most common chronic disease which is associated with an array of long-term end-organ diseases. Clinically, it would be helpful to detect high-risk patients early in development process of the disease, in order to avoid or delay the onset of comorbidities. The aim of our study was to evaluate the laboratory parameters which are possibly related to the onset of Ischemic Stroke (IS) in essential hypertension, and identify the strongest predicting laboratory parameters.

Methods: Totally 377 consecutive patients with a primary diagnosis of hypertension were recruited in our study. These patients were categorized according to the presence of IS. Nineteen routine laboratory parameters, such as Alkaline Phosphatase (ALP), Homocysteine (Hcy) and Fibrinogen (Fbg) were evaluated in all subjects.

Conclusions: According to our results, ALP, Hcy, and Fbg levels were significantly higher in patients with IS, we suggest that the three laboratory parameters were the strongest related to onset of IS in essential hypertension in our patient population.

At present, cardiovascular diseases are the main cause for disability and mortality worldwide [1]. Hypertension is one of the most prevalent cardiovascular diseases, and it can lead to a variety of target organ damage, such as brain, heart, kidney, retina, and blood vessels. Stroke is regarded as the most devastating neurological disease, and it places a huge burden on healthcare resources because of its high prevalence and recurrence in China [2]. Ischemic Stroke (IS), also called cerebral infarction, accounts for about 80%-85% of stroke cases [3], timely diagnosis is the prerequisite for the IS patients. Recognizing patients with subclinical IS provides the relatively goodtime for preventing progression to obvious complication. Currently, there is no effective method for the identification of every newly diagnosed hypertensive patients with subclinical IS. Moreover, previous studies are generally focused on individual laboratory parameter. As well, it is not known which laboratory parameters are the most strongest associated with hypertension complicated with IS. Accordingly, we aimed to investigate the correlation of routine laboratory parameters in essential hypertension and the relationship with the onset of IS.

The study included 377 consecutive patients who presented to the inpatient department of neurology of the First Affiliated Hospital of Sun Yat-sen University with a diagnosis of hypertension between January 2014 and June 2016. These patients were categorized according to the presence of IS. 114 patients with IS (70 male; mean age, 66.59 ± 11.15 y) and 263 patients without IS (170 male; mean age, 65.00 ± 11.29 y) were enrolled. Hypertensive was defined as systolic blood pressure (BP) more than 140 mm Hg and/or diastolic BP more than 90 mm Hg. Brain MRI with Diffusion-Weighted Imaging (DWI) was performed routinely within 24 h after admission in all subjects, and all patients had no the past history of IS. All patients were diagnosed with IS according to the World Health Organization criteria [4]. 109 healthy people matched for age and gender were assigned to the normal control group (72 male; mean age, 66.13 ± 10.62 y). Those normal cases were from normotensive healthy people who took part in the health examination in our study. Records of potential controls were reviewed by a neurologist to exclude the presence of stroke, and other types of diseases. The systolic and diastolic BPs of the control group were less than 140/90 mm Hg. Exclusion criteria: secondary hypertension, more than 24 h from IS onset to admission, MRI could not be performed, cerebral arteriosclerosis, cerebral haemorrhage, epileptic seizure activity or coma, malignancy, patients with acquired immunodeficiency syndrome, acute or chronic inflammatory disease and any drug use that could potentially influence hematologic disorders, hepatic dysfunction and renal impairment. The Institutional Ethics Committee on Human Research of The First Affiliated Hospital of Sun Yat-sen University approved the study protocol. All subjects received oral and written information concerning the background and procedures of the study, and the subjects or their relatives gave written informed consent prior to participating in the study.

In the inpatient department, BP was measured with a mercury sphygmomanometer on the right arm; the first and fifth phases of Korotk off sounds were used for systolic and diastolic BP, respectively. Three BP measurements were taken at 5 minute intervals by a physician with the patient in a seated position after at least a 5 minute rest, using an appropriately sized cuff. The mean of the 3 readings was considered the final BP value.

We investigated 19 laboratory parameters from computerized medical files of the subjects (Table 1), which were selected on the basis of evidence from previous clinical studies. These parameters were measured on baseline blood samples collected in the morning after fasting for at least 8 hours. Participants kept the quiet conditions for 5 to 10 minutes before venipuncture. The parameters of whole blood sample (white blood cell and platelet) were measured immediately with a flow cytometry assay in a calibrated Sysmex XE-5000 analyser (Sysmex Corporation, Hyogo, Japan). Plasma or serum aliquots were collected and centrifuged at 3000 g for 10 min at ambient room temperature and were then frozen at-80˚C until assayed. The concentration of plasma markers (prothrombin time, activated partial thromboplastin time, fibrinogen and ddimer) was measured with a particle-enhanced, immunoturbidimetric assay in a calibrated Sysmex 1500 analyser (Sysmex Corporation, Hyogo, Japan). The concentration of serum markers (glucose, uric acid, fructosamine, free fatty acid, angiotensin converting enzyme, haptoglobin, total cholesterol, low density lipoprotein, blood urea nitrogen, homocysteine, alkaline phosphatase, high sensitive C reactive protein and lipoprotein a) was measured with the continuous monitoring assay in a calibrated Hitachi 7180 automatic analyzer (Hitachi High-Tech Science Systems Corporation, Hitachinakashi, Japan).

Statistical analysis was performed using SPSS software, version 20.0 (IBM SPSS Statistics). Distribution of continuous variables was tested by the Kolmogorov-Smirnov test. Continuous variables were expressed as means ± SD or median and 25th to 75th percentile values as appropriate. Categorical variables were expressed as percentages. Statistical differences among groups were tested by one-way analysis of variance with post hoc Scheffe correction or Kruskal-Wallis test for parametric or nonparametric variables, respectively. We chose a multistage analytical approach to decrease the risk of falsepositive results. Hs-CRP was log transformed, all of the logistic regression models were adjusted for age, sex, systolic and diastolic blood pressure, current smoking. First, we performed multivariable logistic regression analysis to examine the association of the total laboratory parameters with the risk of hypertension with IS. Second, a final informative laboratory parameters were selected by backward elimination, using individual P<0.05 for retention in the model. 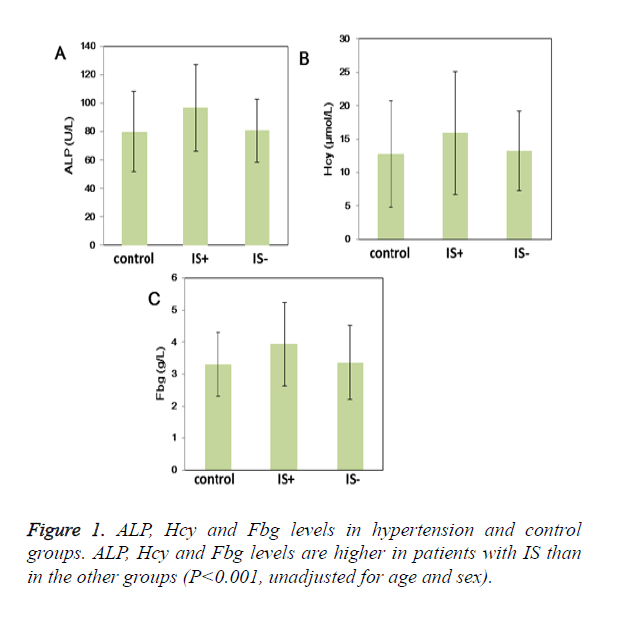 Table 2. Demographic, clinical characteristics of IS (+), IS (-), and control groups.

Table 4. Laboratory parameters levels and Hypertension with IS.

In the present study, we examined 19 laboratory parameters which represent key biological characteristics implicated in the pathogenesis of hypertension. In the end, we identified 3 laboratory parameters, which were most strongly related with occurrence of hypertension complicated with IS: ALP (vascular calcification), Hcy (oxidative stress), and Fbg (inflammation and thrombosis).

Previous study reported that high levels of ALP were significantly associated with hypertension [5]. Furthermore, some studies showed significant correlation between ALP level and incidence of stroke and mortality [6,7]. However, no study of the relationships between ALP and hypertension complicated with IS has been published in Chinese people. Our findings prove that serum ALP is associated with hypertension complicated with IS. The mechanisms for the positive association of high levels of ALP with occurrence of hypertension complicated with IS may have several aspects. ALP catalyses the hydrolysis of inorganic pyrophosphate [8] which can inhibit vascular calcification [9]. Shioi et al. reported that bone-type ALP expressed in human vascular smooth muscle cells [10], who considered a higher level of bone-type ALP, may accelerate the development of cardio-cerebrovascular events through cardio-cerebrovascular calcification. Another possible mechanism for a higher levels ALP can improve risk of hypertension complicated with IS is impaired vascular homeostasis, because hematopoietic stem cells derived from bone marrow play an important role in vascular homeostasis [11-13]. Some researches thought the activity of osteoblasts can be evaluated by bone-type ALP expression [14], which regulate the production of hematopoietic stem cells in bone marrow [15,16], serum ALP levels may associated with vascular homeostatic activity. Sata et al. reported hematopoietic stem cells participate in the pathogenesis of atherosclerosis [17]. Another study showed that elevated ALP levels were associated with atherosclerosis, and ALP was in dependent of other traditional cardio-cerebrovascular risk factors [18]. Elevated ALP levels may form a risk for hypertension complicated with IS because of progressive atherosclerosis.

Hcy is a non-protein amino acid and is synthesized from methionine, and Hcy can be recycled into methionine. Previous studies found raised Hcy increase oxidative stress, causes oxidative injury of the vascular endothelium, stimulates the proliferation of vascular smooth muscle cells, diminishes vasodilation, and changes the elastic properties of the vascular wall [19-21]. All these are correlation with the occurrence of hypertension complicated with IS. Inflammatory disease such as atherosclerosis plays a crucial role in hypertensive complicated with IS. Previous studies have reported that Hcy may promote synthesis of proinflammatory cytokines.

Furthermore, elevated Hcy conduce to the modification of LDL and HDL particles, and disorders in fibrinolysis and coagulation, these changes enhance the development of hypertension and IS in patients [20,22-24].

Fbg is a coagulation factor, and it belongs also to acute phase proteins. Previous studies [25-27] have shown that plasma Fbg is marker of stroke and atherosclerosis. Further, Fbg was an independent predictor of ischemic stroke. In the present study, we found that Fbg level was significantly higher in patients of hypertension complicated with IS. Moreover, Fbg levels were positively associated with plasma Hs-CRP levels (Table 3). This result may be associated with increased inflammation in hypertension complicated with IS. Several plausible mechanisms could explain the relationship between elevated Fbg levels and hypertension complicated with IS. First, Fbg is markers of inflammation [28,29]. Second, Fbg can increase peripheral vascular resistance and blood viscosity [30,31]. Finally, elevated Fbg level is related with hyperinsulinemia and insulin resistance [32,33].

Similarly, we found that ALP, Hcy, and Fbg levels were higher in the hypertension complicated with IS than the simple hypertensive patients, therefore, we considered that the above three markers were the strongest related laboratory parameters to onset of IS in essential hypertension.

We are grateful to the department of neurology; the physicians, nurses, and patients who participated in our study.

The authors received no financial support for the research, authorship, and publication of this article.