The Capsicum is a member of the Solanaceae family that includes tomato, potato and tobacco. Knowledge about Capsicum was available from initial stages of civilization and been incorporated since 7500 BC in the human diet [1]. The crop is also produced in all the continents except Antarctica and originated from Latin America, to Africa in general and Ethiopia in particular.

Capsicum species can be classified into numerous groups based on characteristics of fruit/pod such as pungency, color, shape, proposed application, taste, and size. Regardless of their immense trait variances, most peppers commercially cultivated in the world belong to the species C. annum L. [2,3].

Although, its history in Ethiopia may be the most ancient any other vegetable products, the specific time of its introduction cannot be established. Moreover, in Ethiopia, hot pepper has been cultivated for long era.

In Ethiopia, pepper is produced in several parts of the country as it is an important and a traditional constituent of Ethiopian societies’ food menu because of its pungency and color. Moreover, hot pepper is a source of income for rural business as Ethiopia is among those few developing countries that produce paprika and capsicum oleoresins for export.

Regardless of its importance, hot pepper production for green and dry pod has a low yield (national average yield of 7.6 t/ha for green pod) whereas for dry pod, the yield was 1.6 t/ha (CSA, 2006) also considering the below average quality of varieties, lack of good cultivation practices and prevalence of microbial disease [4].

Even though hot pepper is a high value commodity, which has the potential for improving the income and the livelihood of numerous small hold farmers in Ethiopia, thereby, expanding and growing Ethiopia’s agricultural export exchange earning, and pepper production has several productivity related issues [5].

In this study, limited Capsicum species and varieties were included, both improved and poor quality varieties [6]. Hence, the information is insufficient to speak for itself regarding the improvement of the crop for high fruit yield and quality in the existing agro-ecology. Studies of specific varieties were therefore, one of the best considerations to eliminate existing problems of procurement of the anticipated varieties for which the result of this study was going to contribute.

So, it was found promising to introduce and evaluate nationally released and highly accepted improved pepper varieties and undertake adaptation trial, so as to select the best adapted and high yielding (superior) variety/ies with their appropriate agronomic practices to increase productivity/ha and total production of the area.

To study the productivity of several varieties of hot pepper & identify a high yield and disease resistance Capsicum variety.

The experiments were conducted at Serenta & Meskebet irrigation schemes of Tselemti & L/Adiabo woreda’s respectively during 2006-2007 cropping season. Three improved pepper varieties (Mareko Fana, Melka Shote) including the local variety, were studied in two locations. The field experiment was carried out with four replications in a Randomized Complete Block Design (RCBD). Treatment was given arbitrarily to the experimental plot inside the respective block.

The plot dimension was 3.6 x 3 m (10.8 m2). 1.5 m distance was maintained between the blocks while 1.0 m space separated the plots inside the block. Each plot comprised of 5 rows having a length of 3 m, with a spacing of 60 cm between rows and 30 cm between the crops and has a total population of 50 plants. Acclaimed quantity of fertilizer (200 kg/ha DAP & 100 kg/ha Urea) was used. Standard recommendations for ploughing, cultivation, irrigating, nursery and transplanting method, weeding and others was followed and performed homogeneously on all the plots [7-9]. The experimental area was maintained weed free by following a strict hand plucking schedule of four times during the cropping season.

The central three exclusive rows by excluding plants from either end of the rows were used to collect data for the study. For data collection such as growth, yield, two plants per row or 6 plants per plot were tagged randomly and observed from such as: days to 50% flowering, days to maturity, pod number/ plant, plant height, pod diameter and pod length (pod size) in cm, marketable and un marketable yield (gm/plant) total yield (qt/ha) were recorded periodically.

All data collected in this study were studied using two way statistical analysis of variance (ANOVA) following a protocol as suggested by Gomez and Gomez, 1984. Least significance differences (LSD) by Dun ken’s multiple range comparison was used for mean separation at p=0.05 after the treatment was found significant.

Days to 50% flowering and maturity (DF)

The varietal effect on No.p/pt, Pht & Market Yield of pepper on L/Adiabo site are listed below in (Table 4).

This study which is aimed to ascertaining best performing hot pepper varieties [10,11] in north western zone was performed with irrigation for two successive cropping seasons. Variety exerted significant difference on saleable, unmarketable and overall yield in 2006 cropping season; however, it did not show any significant influence in the second season (2007). The two year mean result revealed that highest marketable yield, was produced from Mareko Fana. Therefore, Mareko Fana was well performed and better to recommend for production by growers in the study area. 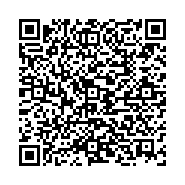